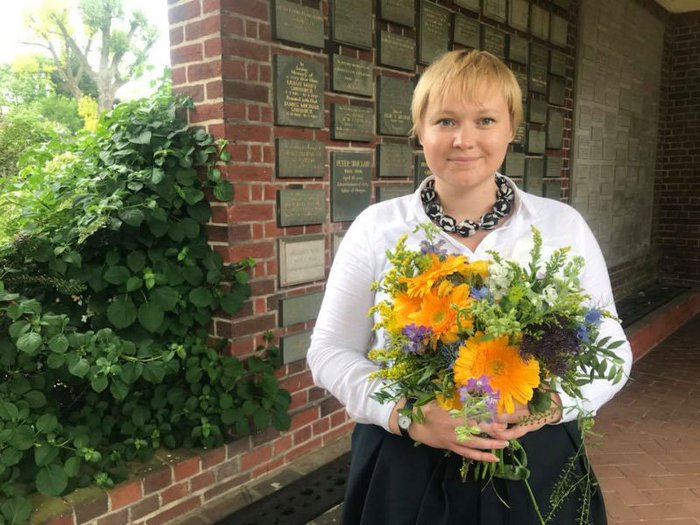 Louise Winter was a creative strategist, before taking a new direction and finding fulfilment as funeral celebrant. She was inspired to build on her vocation by becoming a funeral director, with her London based funeral service, Poetic Endings, specialising in meaningful goodbyes.

Here, Louise shares what she’s learned on the journey she’s taken to help the bereaved.

A quarter-life crisis helped me discover the funeral profession: I had a very different career before this, working in fashion and with brands. I’d never experienced death until my grandad died when I was 25. It was the first funeral I had ever been to at that point.

It was a very strange, alien experience, and not just because my grandad had died, but because of the way it was being handled. Everything just felt out-dated and totally irrelevant to who he was. I thought that the funeral wasn’t serving its purpose.

In the back of my mind, I thought that the funeral industry might be something I looked at later in life, probably if I ever had a mid-life crisis. But I had a quarter-life crisis instead, and I left my job to go to funeral school to learn how to be a funeral celebrant.

I did that for a while, experiencing the funeral profession, working with very different funeral directors, travelling all over London and beyond doing funerals for many different types of people. I got to see how funeral directors work and what goes on behind the scenes. I began thinking, what should a funeral be? Who is it for? Why do we even have them? 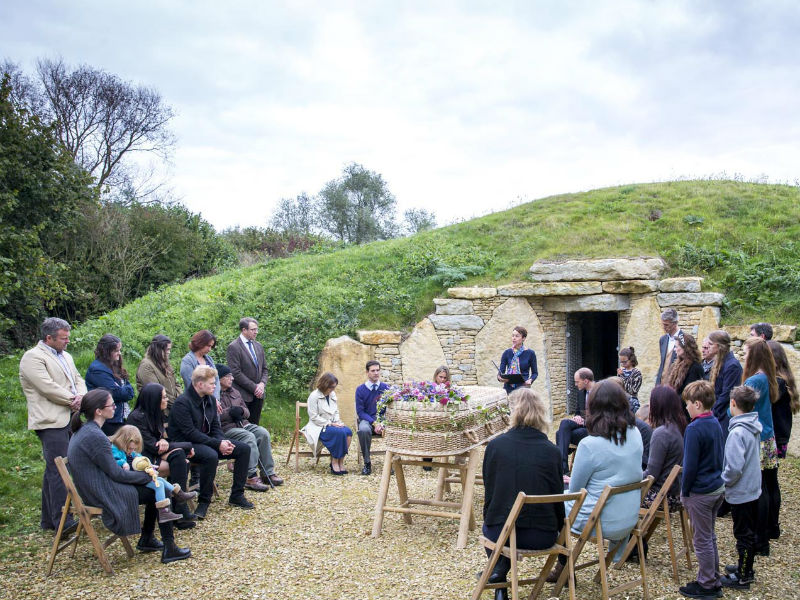 A Poetic Endings funeral at the Sacred Stones barrow in Wiltshire

Changing career was the best thing I ever did: It’s changed everything. Changing career and becoming part of the funeral profession is the most profound thing I’ve ever done. It’s changed my whole life. It’s helped me deal with depression and improved my mental health. It’s been really transformational.

Without any doubt, working in the funeral profession is more rewarding than any other job I’ve had. The work I do now has a huge impact on people’s lives. It’s so important that it’s done well and with integrity. It’s great to just go home after a long day knowing that I’ve supported people in saying goodbye to someone who has died, and hopefully set them up for a smoother journey through the grieving process.

Thinking about death: One of the main things that I’ve learned through working with death is that I might not have a tomorrow. But equally, I probably will have a tomorrow, so it’s a balance between being aware that life is precious and planning for the future.

It’s made me appreciate things more. When you have friends and family that you haven’t seen for a while, you realise that they may not have a tomorrow either, so you need to make the most of what you have today and be grateful for it.

My first funeral was special: Although I’ve had experience working for other funeral directors, and have led hundreds of funerals as a celebrant, Poetic Endings’ first funeral (taking care of every aspect) took place very recently, at the beginning of June.

It was an unusual funeral. The family wanted the funeral to happen quite quickly and they wanted to have a bamboo shroud instead of a coffin. We have a good relationship with a local crematorium who were happy for the person who has died to be in a shroud instead of a coffin, unlike a lot of crematoria. It was a really peaceful funeral and the family got what they needed from it. 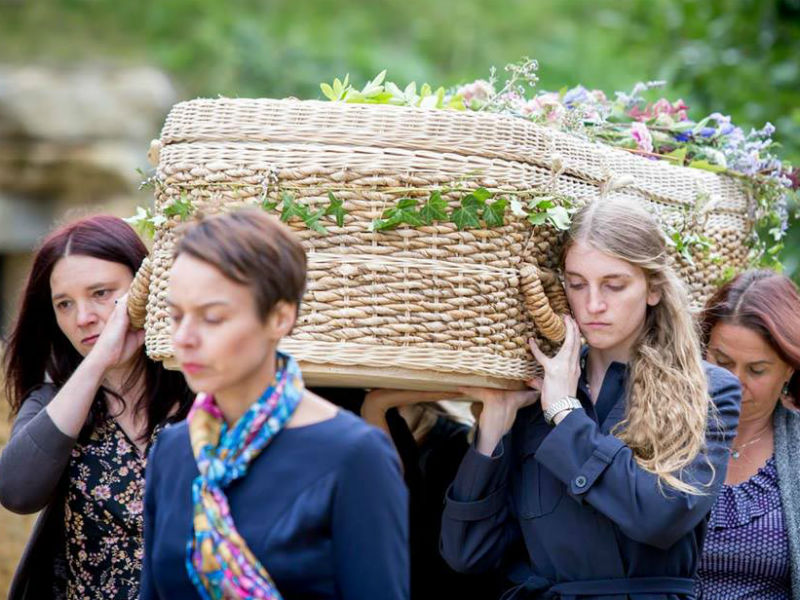 I believe that a good funeral can help the bereaved: A good funeral is in touch with what people need. My job is to help them figure it out what that is, to talk them through what they think they want. It might be that a traditional funeral is the perfect funeral for them, depending on who they are, their background and their cultural understanding.

A good funeral can be absolutely incredible at helping people with grief. In fact, the better the funeral and the more involved the family are, the grief process further down the line can be much smoother and easier to cope with.

I feel very supported by the people I work with: I have got an absolutely brilliant team, who have been in the funeral profession for a very long time. Among them, my colleague Anna Lyons is an end-of-life doula and helps arrange creative and thoughtful funerals. Every member of the team is experienced in their own way and knows exactly what to do to support the families we look after.

Having a supportive team of people is helpful – not just at Poetic Endings, but among the other professionals who I work with. I have a brilliant network of people who are very empowered and enlightened, who I can speak to if there’s anything I’m finding quite difficult or personally triggering.

As funeral directors, we want to be approachable. We’re normal people. We’re not pretending to be something we’re not. We’re here, we’re human and we feel too.

It’s important to look after yourself: It’s important that I don’t work 24/7, that I have a life outside work and have fun. It’s important that not everything in my life is just grief and death. If there are circumstances that I find difficult or triggering, then I know what to do to look after myself. Things like doing yoga, eating properly, and making sure that I’m in bed before midnight (especially if there’s an early morning funeral); all these things make sure I can keep doing what I’m doing.

I have planned my own funeral, but it’s only one sheet of paper: My funeral plan is just one sentence that says, “In the event of my death, I give you permission to do whatever you want and need to do.”

At first, I did have a fully planned-out funeral for myself. But the more funerals I did as a celebrant and funeral director, the more I understood why we have funerals, and I totally scrapped that funeral plan.

I think funerals are for the people who are affected by someone’s death and I believe that it can be really helpful to have a loose framework to work around, so that they can do whatever they want and need to do. But I had to go through quite a process to come to that conclusion.