‘Digital revolution’ in funerals is helping the bereaved 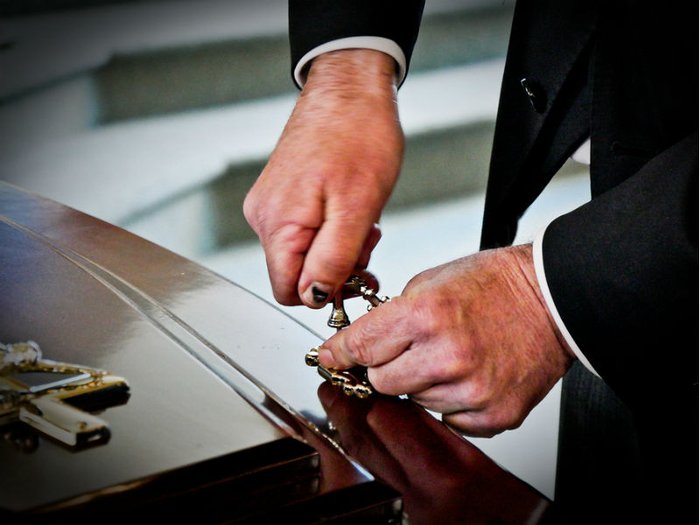 A “digital revolution” is helping bereaved families make informed funeral choices, according to an industry organisation that’s urging its members to be clear about prices online.

The National Society of Allied and Independent Funeral Directors (SAIF) has said that the funeral profession has undergone “unprecedented change” over recent years, as its chief executive also voiced support for moves that could see greater regulation to protect the interests of bereaved families.

SAIF, which represents more than 870 independently owned funeral homes across the UK, is encouraging all its members to display full price lists on their websites “as soon as practically possible.”

In an open letter to members, SAIF chief executive Terry Tennens said that death going digital had opened the profession up to greater scrutiny, but also provided an opportunity for good funeral homes to showcase their services and integrity.

Mr Tennens said: “Bereaved families expect to be able to view a funeral director’s services and prices on a tablet or laptop in the comfort of their home.

“Not only do families expect to see price information on websites but they also take inspiration on how to personalise a funeral from the internet.”

He added that without clear pricing available to them online, bereaved families could look elsewhere, with funeral homes also risking accusations of “a lack of transparency.”

Mr Tennens said that there is now a greater scrutiny on the funeral profession, due to well publicised campaigns against funeral poverty, and a “small number” of non-trade association funeral homes being held to account for failing bereaved families.

But he said the “digitalisation of death” was also helping better inform members of the public about funeral choices – enabling good funeral homes to provide clear information and support to families every step of the way.

Mr Tennens added that SAIF was in support of “proportionate regulation” of the funeral industry in England, Wales and Northern Ireland, to help safeguard bereaved families against exploitation by a “small number” of funeral directors.

Under current law, anyone can set up a funeral business and is not obliged to be part of an industry association.

In Scotland, moves are already underway to identify how the funeral industry can be regulated, in order to safeguard bereaved families.

Mr Tennens said: “We are confident that the vast majority of funeral directors have nothing to fear from regulation, as their standards are already second to none.”

In the meantime, he urged SAIF members to “embrace the digital revolution,” describing the move as good for bereaved families and for funeral directors.