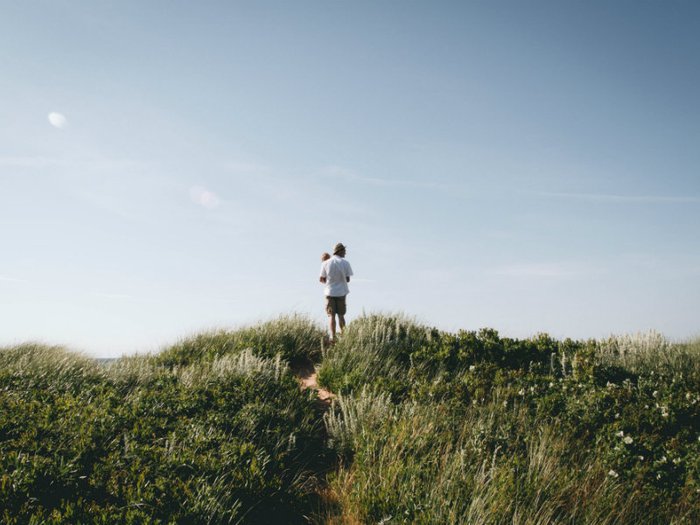 Photo by Natalie Toombs on Unsplash

Finding a funeral song for dad can be a daunting task. You might want to choose something close to your father’s heart or a song with lyrics which remind you of him. If he was religious, then a funeral hymn for your father might be best.

We’ve put together our guide to some of the best funeral songs for dad, which hopefully will provide some inspiration.


A classic country funeral song for dad to begin with from Keith Urban. The tune is upbeat and positive while the lyrics are thankful and considerate of how much a child can look up to their father. Keith discusses how, when he has a family of his own, he wants to see the good qualities of his father passed on to him.


A great choice of funeral song for dad from a daughter which acknowledges how every father can be a hero to their children. This is a fantastic choice if you’re a daughter planning your father’s funeral and you’re looking for a song that lets people know how much you learned from your own personal hero.

Thank You For Being My Dad - Jon Barker

A son rarely tells his Father
How he really feels,
A handshake or a pat on the back
Is all that he reveals,
I'd like to right that wrong,
Here in this little song


Thank You For Being My Dad is a self explanatory choice of funeral music for dad. Its message of gratitude to the main male role-model in your life is a clear one. It reminds us that even if we don’t say thank you to our dads every day, the sentiment is always there.

Dance With My Father - Luther Vandross

If I could steal one final glance
One final step
One final dance with him
I'd play a song that would never ever end
Cause I'd love, love, love to
Dance with my father again


Luther Vandross is known for his powerful singing and emotional lyrics. So, after the death of his father, it's not surprising that he wrote a moving funeral song for his dad. Talking about how he wishes he could dance with his father, something he used to love to do, Luther Vandross evokes the emotions we might all have after the death of a loved one; where we want to go back and share that special connection, one more time.

Old man take a look at my life
I'm a lot like you
I need someone to love me
the whole day through
Ah, one look in my eyes
and you can tell that's true


While not specifically written as a funeral song for a father, the discussion between Neil Young and the eponymous ‘old man’ could definitely be read as a passing of the torch between a father and their child. As one of Neil Young’s most popular songs, it would make an uplifting choice to play during a funeral for dad, with a pleasing melody and a soothing feel to it.

Mike + The Mechanics - The Living Years


Perhaps a bittersweet choice of song for a father’s funeral, but a meaningful one nonetheless. The lyrics to The Living Years talk about all of the things a son wishes he could’ve said to his father while he was still alive. On a hopeful note though, it also discusses what elements of his father the singer can see in his new-born baby. At the heart of it, it’s a funeral song for dad that honours that link between the past, present and future.

There's so much you have to go through
Find a girl, settle down,
If you want you can marry
Look at me, I am old, but I'm happy


One of Cat Stevens’ most famous songs, Father and Son is a conversation between two generations that don’t always agree. While they might have their differences, the father in the song wants the son to be happy. This is a perfect funeral song for dad because it reminds us that a good parent will always aim for the happiness of their children above all else.


Eric Clapton wrote this song because he’d never met his father. It laments the fact that there were many things that he feels he missed out on. But, it comes back to the fact that when he looks in his son’s eyes, he can see his father. It’s a song that reminds us of the links that exist through generations and is a perfect funeral song for dad.

A funeral hymn for a father might be the right choice if your dad was particularly religious. It might also fit well if they were a formal sort of person. Hymns are a very popular choice for funerals because they are seen as a traditional option.

How Great Thou Art

Sweet the rain's new fall, sunlit from heaven
Like the first dewfall on the first grass
Praise for the sweetness of the wet garden
Sprung in completeness where his feet pass


This is another funeral hymn for a father that has a positive message and feeling to it. As a funeral song for dad, it could really lift the hearts of those coming to say their final goodbyes. The natural imagery in the lyrics is enjoyable whether you are a religious person or not.