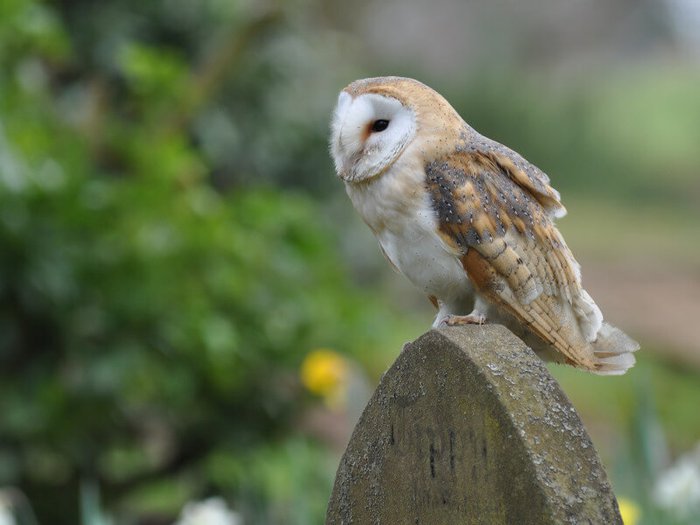 Butterflies dancing between colourful wildflowers, birds singing and flitting from tree to tree, hedgehogs waiting in the shelter of their nests for night to fall – a perfect picture of the British countryside. But unique ecosystems like this have found an unusual place to thrive: the graveyard.

Many places where the dead lie at rest are teeming with life and in congested towns and cities they can be a valuable sanctuary for wildlife. Now, increasing numbers of burial grounds and graveyards are deliberately being managed as urban nature reserves and suitable habitats for wild animals, birds and plants to live among the tombstones. Meanwhile, at other cemeteries, local people are fighting fiercely to protect the already rich plant and wildlife living there. 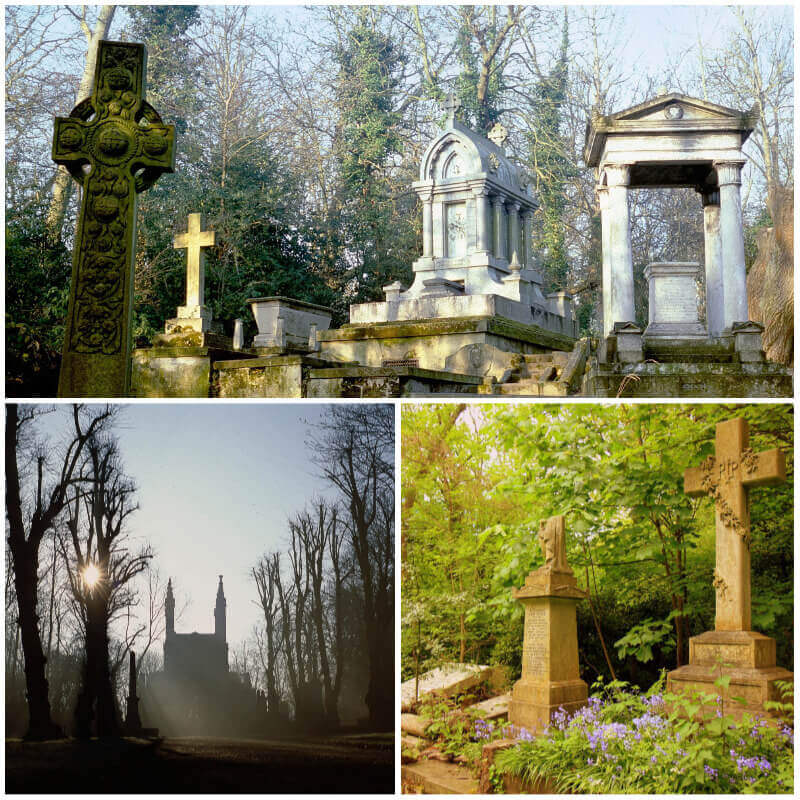 Nunhead Cemetery in London, which has been declared a nature reserve. Photos by Richard Fisher and Barney Moss.

Nature-lovers have recorded bats, hedgehogs, green and greater spotted woodpeckers, owls, sparrowhawks, many types of butterflies and moths, as well as many different species of wildflowers and plants at Camberwell New Cemetery. Part of the sprawling grounds adjoins One Tree Hill Nature Reserve, where a very rare colony of hedgehogs has made its home. 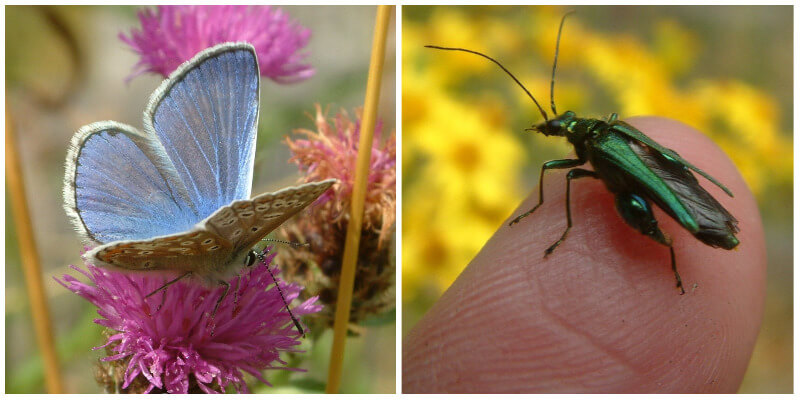 Without the protection of being a nature reserve, Southwark Council has been chopping down trees in Camberwell Old Cemetery, which campaigners say is destroying a well-established and vibrant ecosystem in the heart of London, where green space is precious.

“Nobody imagined anyone could possibly want to cut down twelve acres of inner city woodland for a few years of burial plots,” says Blanche Cameron, the chair of Friends of Camberwell Cemeteries.

“The cemeteries sit in an Air Quality Management Area, known for its air pollution,” she continues. “There are quite a few schools and children’s nurseries here. Forest Hill Road is very polluted and we are a stone’s throw from Peckham, one of the most polluted areas in south London. 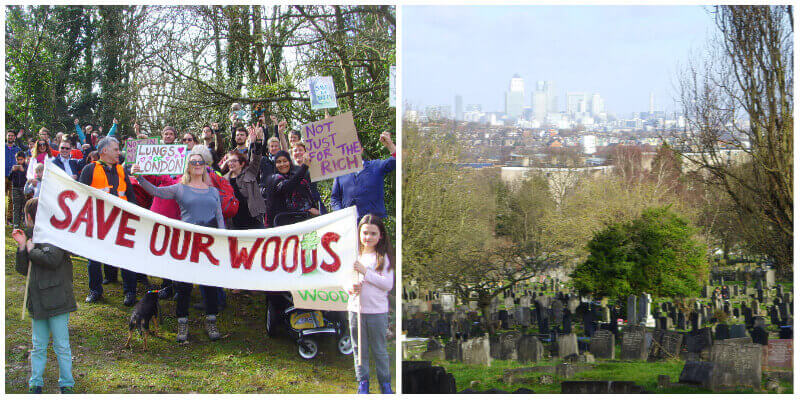 Campaigners want to save Camberwell Old Cemetery. Photos by Friends of Camberwell Cemeteries.

“These woods are providing the clean air for our children to breathe, as well as all the beauty and the other mental and physical benefits of being in wilder, less managed nature full of life.”

Lewis Schaffer is among those who want Camberwell Cemeteries to be designated as nature reserves, with old graves left to become part of the meadow and woodland.

“There was an expectation by locals that these places were timeless and would be left alone,” said Lewis, who founded the Friends campaign. “We actually didn’t think they were at risk at all. Now the local community sees that they can be destroyed and realise how important these places are.” 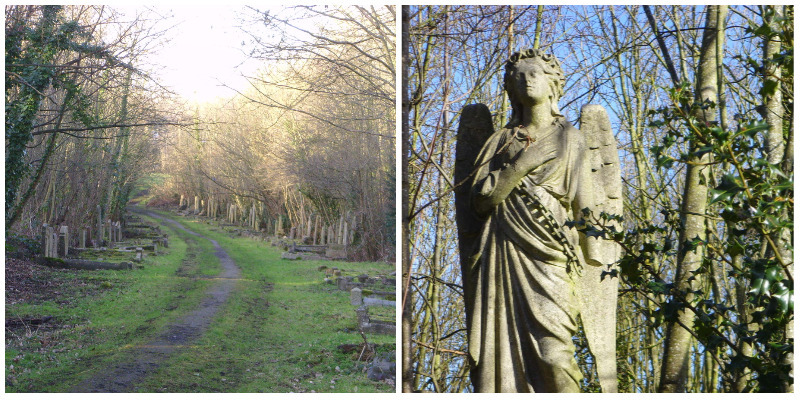 Southwark Council has responded to criticisms of its plans, saying that making the cemeteries nature reserves would be “impractical in light of our need to use these sites as active cemeteries.”

It continued: “We're confident the plans for the cemeteries will not just preserve but enhance the existing biodiversity and ecology of the area and increase the amount of open space for residents to enjoy.”

For campaigners, though, these reassurances haven’t been enough to convince them that the wildlife in Camberwell Cemeteries will be sufficiently protected.

While Friends of Camberwell Cemeteries are on a long-fought and passionate mission to protect their woodland cemeteries, in many places great strides have already been made. In recent years, Manchester City Council has been improving the biodiversity at Southern Cemetery, the UK’s largest cemetery. A designated section called The Meadow, where natural burials take place, is carefully managed to attract native wildlife and plants. The South Lancashire Bat Group has recorded 18 different bat species living within Southern Cemetery, thanks to an abundant supply of tasty insects for them to feed on, which are drawn in by wildflowers. 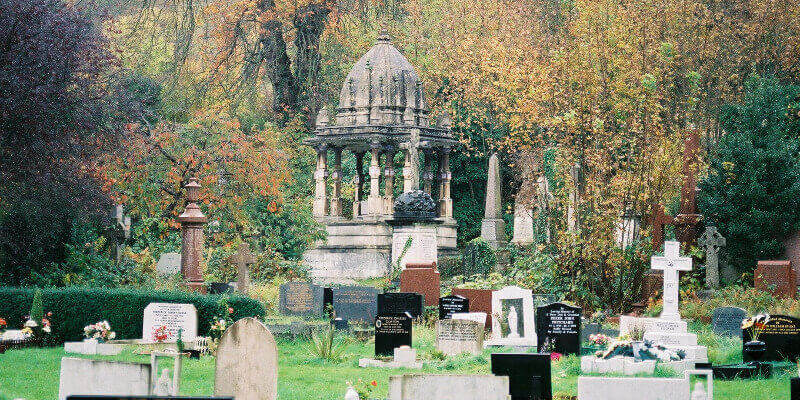 Arnos Vale Cemetery, with a view of the Tomb of Raja Rammohun Roy. Photo by Sourav Niyogi.

The Victorian Arnos Vale Cemetery, on the outskirts of Bristol, is one of many British cemeteries making a conscious effort to provide a home for nature. It’s been granted the official title of Site of Nature Conservation Interest (SNCI) by local authorities and has benefited from funding from the Heritage Lottery Fund to manage and maintain its diverse wildlife.

The management team at Arnos Vale uses strict rotational cutting to keep grassland thriving and allow wildflowers and plants to disperse their seeds. As well as rare plants like ivy broomrape, the cemetery is home to many rare insects and birds. Firecrest and woodcock nest among its trees, while migrant species like pied flycatchers and redstarts pay yearly visits to the cemetery. Bats, owls, badgers and foxes have also found a home among the Victorian gravestones in the graveyard’s 45-acres. 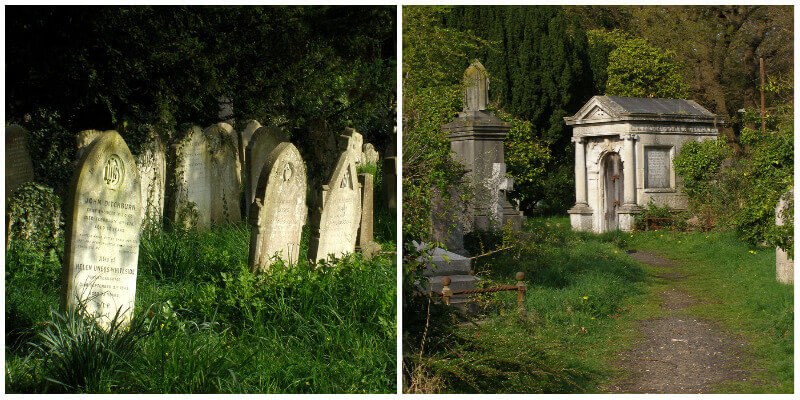 The graves at Southampton Old Cemetery. Photos by Jim Champion.

Working with the City Council’s ecologist, they’ve ensured that the cemetery is a nature-friendly space. It’s become a haven for butterflies and moths, including beautiful species like the Cinnabar moth and Comma butterfly (pictured below). 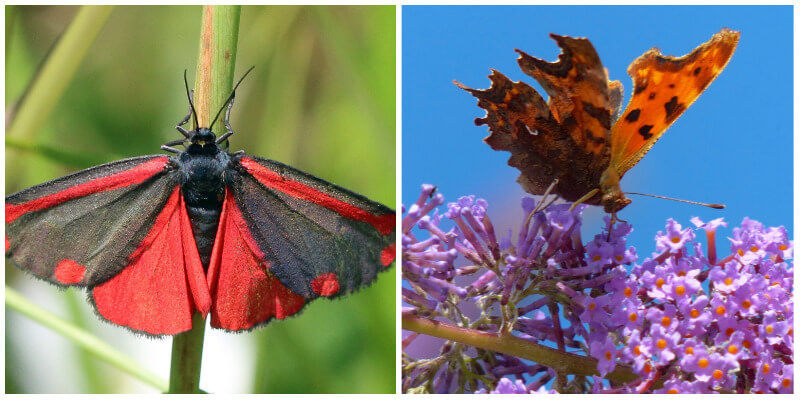 For Lewis Schaffer and the passionate campaigners protecting Camberwell Cemeteries, the UK’s thriving nature-friendly graveyards show just how historical memorials and British wildlife can coexist in harmony. His fear is that without protection, more of Britain’s green spaces could be destroyed.

Find out more about Friends of Camberwell Cemeteries and their fight to protect the historic graveyards.