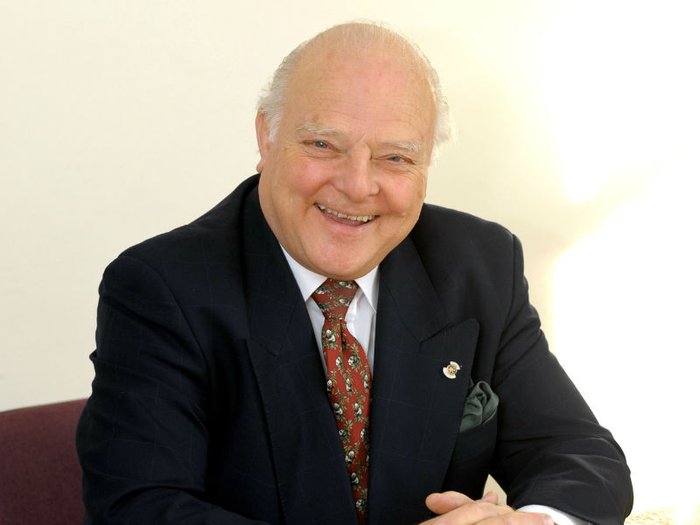 Helping the bereaved has been at the heart of funeral director Tony Rowland’s vocation for almost 60 years, with an MBE in the 2019 New Year’s Honours list recognising his remarkable achievements.

During his career he has overseen the pioneering provision of counselling to the bereaved families he serves, as well as the repatriation of more than 40,000 people who have died overseas – including the victims of some major global tragedies.

Here Tony, who’ll be celebrating his sixtieth year in the profession in March, opens a window into his world and shares some of the life lessons he’s learned along the way.

I grew up in the family business: On March 19, it will have been 60 years. My father and uncle were both funeral directors and ran Rowland Brothers before me.

While I was doing my National Service, I was given two weeks compassionate leave to come home and help with the funeral service as my father and uncle were ill. After I finished my service in 1959, I started working full-time at the business.

The repatriation started with a call for help at a holiday resort: A friend of mine recommended me as the person to call, when an acquaintance of his had a death at their holiday resort. It was the first death they’d had there.

We flew down and helped with the repatriation and everything went very smoothly.

One resort turned into two and three… eventually they were one of the biggest holiday makers in Britain. Whenever there was a death, they’d fly us down there. We would have a translator and we’d help with the arrangements and logistics of returning the person home.

We’ve helped in some challenging global events: After the tsunami in 2004 we had relief centres setup in Phuket. We helped with counselling and returning people to their homes. After the 9/11 attacks we were asked to help and we had 25 bereavement counsellors out there within 24 hours. We’ve been called on to help with some unique situations.

We’ve handled a lot of repatriations from Mount Everest. If someone dies on the mountain, obviously it’s a very difficult thing to get them back down again.

When we’ve been asked to help, we have our agent in Kathmandu who arranges helicopters to fly up and air lift the person off the mountain. The pilot and the crew have to be very good because even flying up the mountain has its dangers. The air is very thin, it’s often impossible to land, it’s a very tricky operation.

After they’re returned from the mountain we can make arrangements for transportation back to their home and to their families.

There was a butterfly hunter who died while on an expedition up the Amazon. He was quite a way into his project so he was deep in the jungle at that point. There were no roads or airfields we could use, so we had to have one of our agents contact local people and organise passage up the Amazon River.

We had to take all of the equipment on boats and take care of the person where they were in the jungle before transporting them back down the river where they could be repatriated. 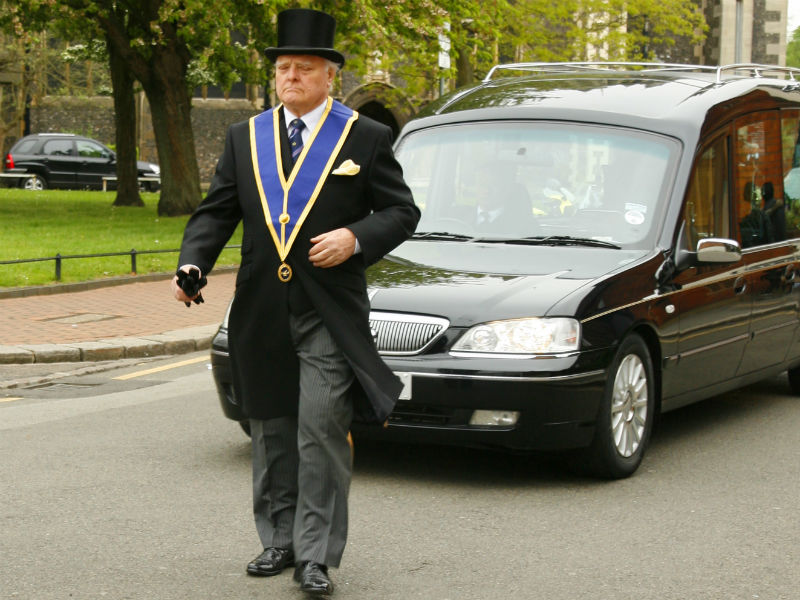 Anyone might need help: We’ve been asked to help with everyone from famous people, to people like you and me. If you’re dealing with death and you’re away from home, it can be difficult to know what to do.

We have experience and contacts around the world and over the years we’ve been able to help with more than 40,000 repatriations. It’s something I’m very proud of and it’s something people seem to be very grateful for.

Helping the bereaved is at the heart of funeral directing. The extra care we offer started from people needing help – there were forms to fill out for people who didn’t have the funds to have the funeral they wanted.

Some of them couldn’t read or write, so we started helping them fill out the forms and made sure they got the most help they could from the Government in terms of grants.

The more we helped the bereaved, the more we realised what we could do to help.

We started looking into bereavement counselling about 35 years ago. It wasn’t like it is now at all. People were nervous about opening up. In the early days, they didn’t want to admit they would benefit from counselling.

They’d say things like ‘I’m not crazy’ and wave it off. Bereavement and its effects were still a taboo. We couldn’t call it counselling to begin with, because people were ashamed to take it up. So, we called it aftercare and people felt more comfortable.

Funeral care is rewarding. I still get letters and notes from people thanking me and the business.It’s that sort of response, that feedback, which lets us know we’re doing the right things.

New Year’s honour: It’s a good thing to be recognised like this and it’s taught me one thing - if you want an MBE for funeral directing, you have to do it for more than fifty years!