The virtual reality experience opening eyes to the challenges of grief 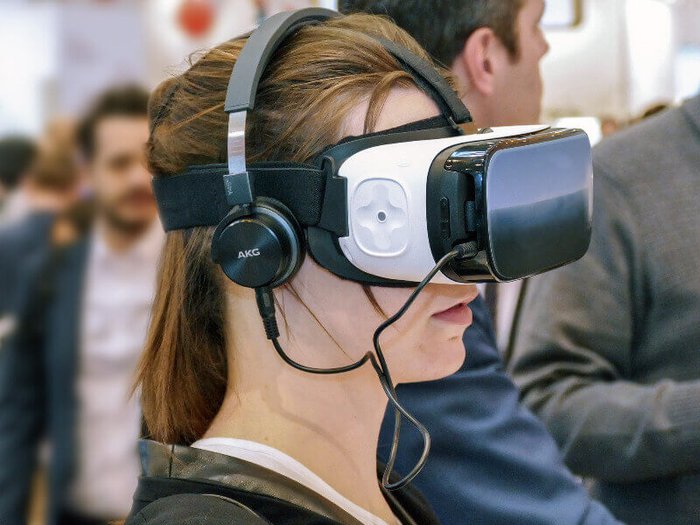 For bereavement support charities, offering help to people coping with grief is only one half of the picture. The other, perhaps more difficult half is getting people to engage with topics of death and grief, even when they’re not going through it themselves – so that they know how to support a grieving friend, relative or co-worker when the time comes.

Now, one charity is making use of cutting edge technology to make this happen. The Loss Foundation, which offers bereavement support to people after a loved one’s death from cancer, has created a unique virtual reality experience giving other people an immersive insight into what it feels like to be bereaved.

The Reality of Loss is a virtual reality film designed to be viewed through a VR headset that highlights the impact of grief like never before, in a totally immersive experience that makes viewers feel like they are a part of the story unfolding before their eyes.

The seven-minute film charts two sides of the same story of love, loss and grief. By turning your head while wearing the headset, you can experience being in the same place at two different times: before and after bereavement. 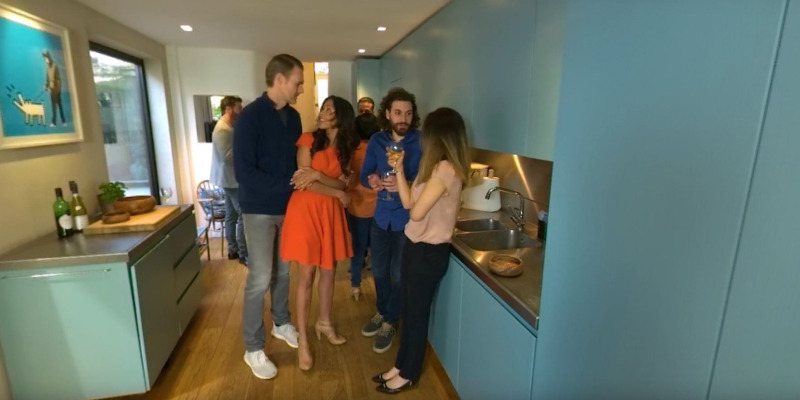 A scene from the Reality of Loss VR film.

In one scene, you find yourself in the middle of a house party. Guests are laughing, drinking and having fun. But if you turn to look the other way, the party becomes a wake, the guests are dressed all in black and talking quietly. Thanks to the virtual reality technology, you can turn back and forth between the two, seeing before and after a bereavement by cancer.

“Cancer and death are still taboo, people don’t want to talk about it or think about it – and that makes perfect sense,” says Dr Erin Hope Thompson, director of The Loss Foundation.

“But when someone is bereaved, they can become very socially isolated, because no one wants to talk about it. People might not know what to say and so they say nothing at all. That’s why we want people to engage with the topic, even if they’re not bereaved.”

After losing her father to cancer in 2008, Erin was struck by the lack of proper bereavement support available to the bereaved. She decided to found The Loss Foundation to fill that gap and raise awareness of issues affecting people who are coping with grief. She’s also a clinical psychologist working in the NHS and private sector, helping families facing a cancer diagnosis and long-term health conditions. 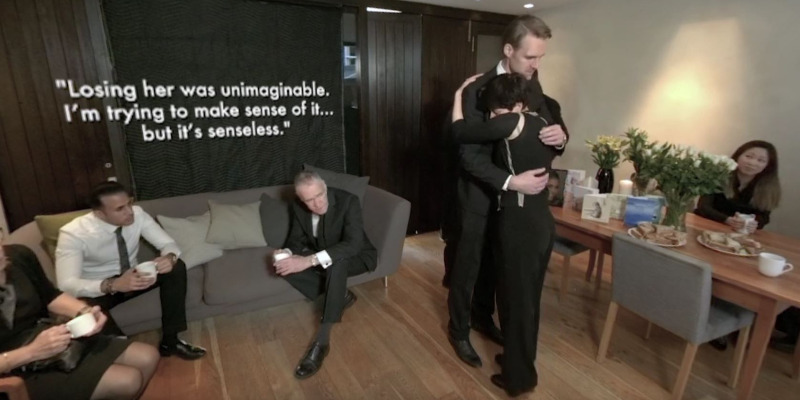 If you turn your head, the house party becomes a funeral.

Virtual reality has been big news in the video games industry for a few years, but Erin’s interest in the medium was ignited when she saw how other charities had employed it to foster greater understanding of medical and psychological conditions.

“I recently watched the National Austistic Society’s virtual reality experience,” she explains. “It follows a young lad with autism as he walks through a shopping centre. It’s a kind of sensory overload experience. I learned more about autism in that two minutes than I did in months of working on autism as clinical psychologist.”

Thanks to National Lottery funding, The Loss Foundation was able to shoot its own virtual reality experience that Erin hopes will help people identify with the topic of bereavement like never before. 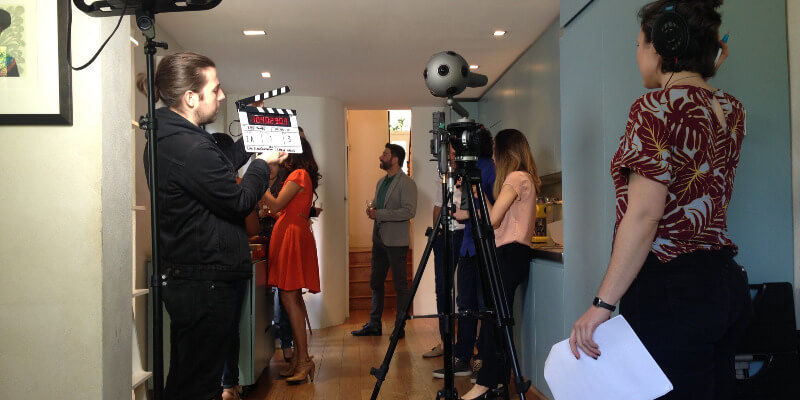 Behind the scenes on the set of the Reality of Loss in May 2017.

The Reality of Loss made its debut at the charity’s annual comedy night fundraiser. During the interval and after the show, people were invited to don a VR headset and experience the film.

“We had lots of great feedback – and some tears,” says Erin.

Tech companies and marketers have taken to calling virtual reality headsets ‘the empathy machine’, thanks to the technology’s ability to place people literally in other people’s shoes, but Erin says she wants the Reality of Loss to go one step further. 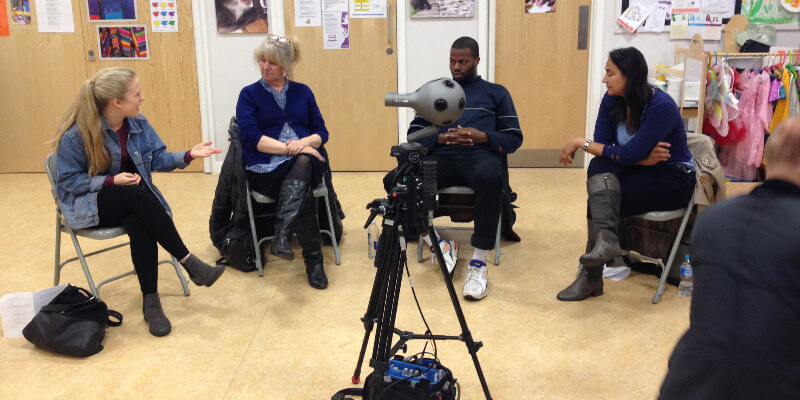 “I would call it the compassion machine,” she says. “Compassion literally means ‘to suffer with’. Empathy is about understanding what someone is feeling, but compassion is about acting on it. Virtual reality can affect an emotion, yes, but we also want it to encourage action – to encourage people to reach out to a grieving friend.”

Don’t worry if you don’t have a VR headset, you can view the Reality of Loss on your phone using a smartphone VR device, or directly on your computer. If you’re viewing it on a laptop or desktop, use your mouse to click and move around to see the full scene.

Find out more about The Loss Foundation and how they help people after the death of a loved one from cancer.