Traditional funeral food from around the world 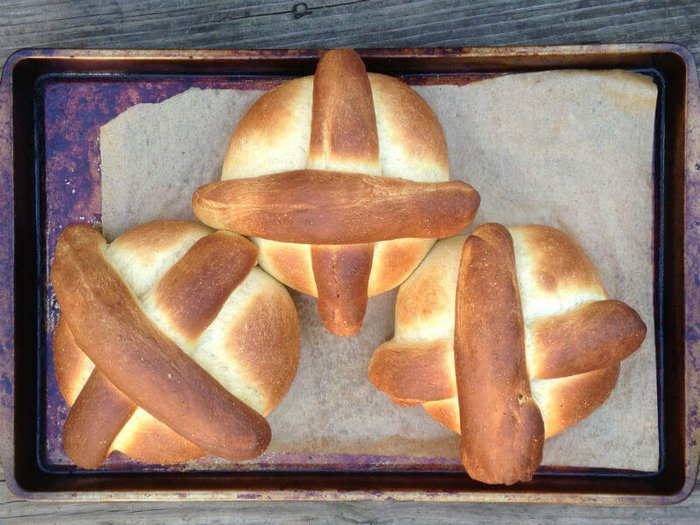 There’s something about grief and mourning that brings out people’s need to cook for each other. Perhaps it is comfort food, perhaps a symbolic and practical way of lending a hand, but most cultures embrace good, hearty food during bereavement and as a way of commemorating the dead.

Many of these foods are traditional dishes in the countries they originate from. They may not just be for funerals, but when grief strikes, it seems that many people return to those old childhood favourite recipes. 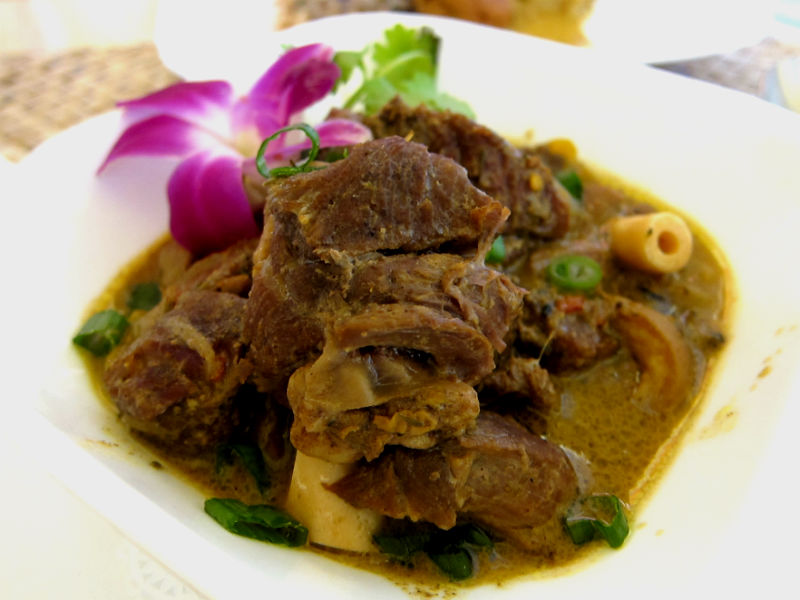 Goat curry is a stalwart national dish in Jamaica and is often served at any kind of gathering, party or special occasion. Full of heat and flavour, and usually served with rice and beans, goat curry is warming, comforting and wholesome. The ability to make it in large quantities makes it the perfect one-pot dish for a large funeral and wake. 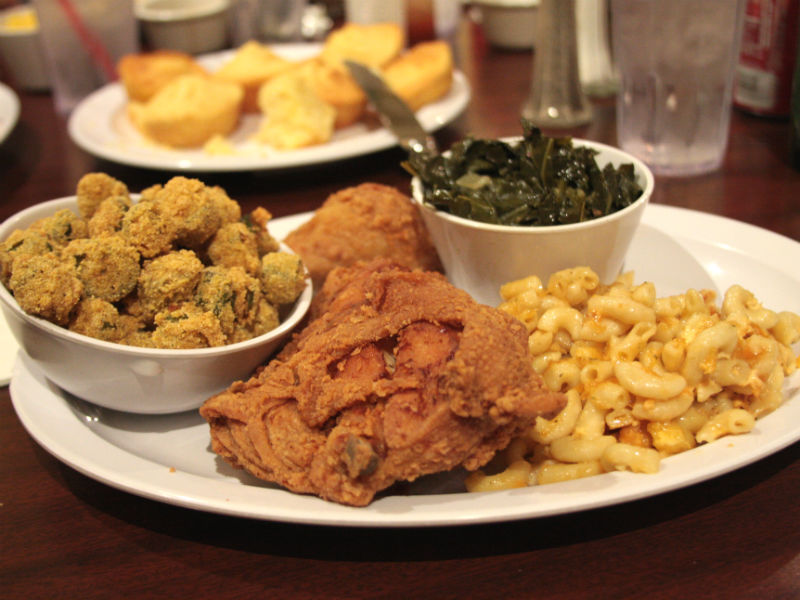 The Deep South of the US does comfort food like nowhere else. This traditional soul food combination of fried chicken and macaroni and cheese might not be the healthiest option, but it’s full of flavour. For many living in the southern states of the US, this dish is a nostalgic, comforting reminder of home cooking.

Lau lau is a native Hawaiian dish, consisting of meat or fish wrapped in luau or taro leaves, then baked in the oven or steamed. Traditionally pork is used as the filling, but sometimes spam is also used in lau lau. This dish is served at many different types of gathering, but often makes an appearance at funerals too. 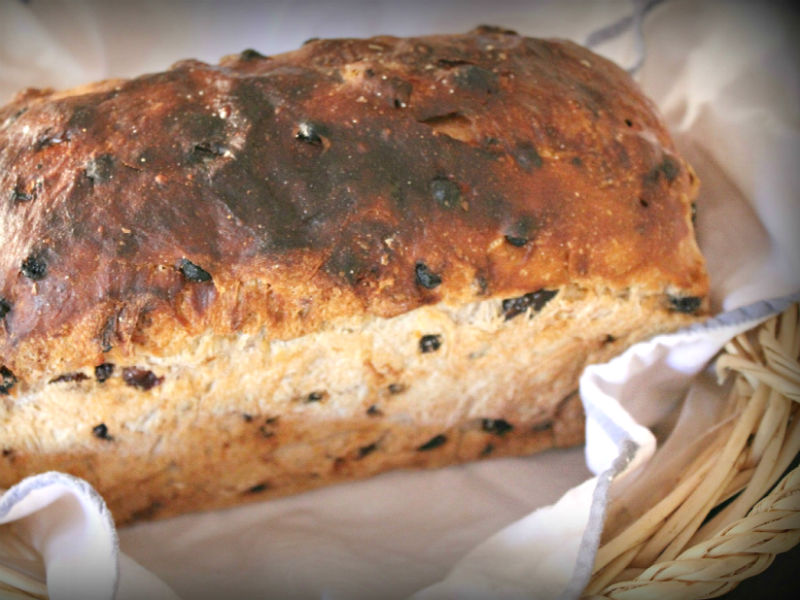 Irish wake cake is a dense, rich cake that can come in various shapes, sometimes containing fruit. Often the cake has a sugary sweet topping and, coupled with its indulgent texture, it makes for a really comforting slice of home baking. 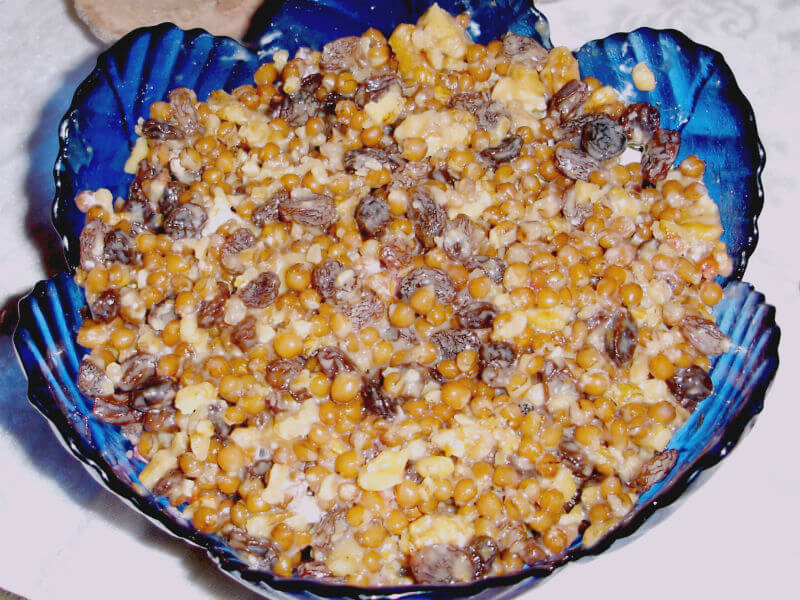 Koliva, also spelled kollyva, kollyba or Colivă, is a religious recipe used in the Eastern Orthodox church across Greece, Cyprus and Balkan countries. Recipes for this wheat-based mixture varies widely, including honey, sugar, raisins and sometimes chocolate. It is sometimes offered during church services, including funerals, and even decorated with a candle to honour the person who has passed away. 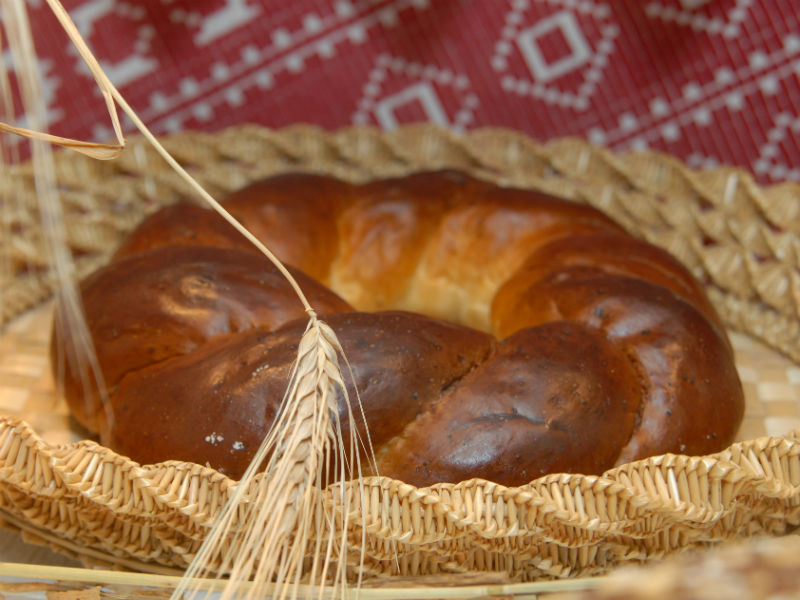 Kolachi are sweet ring-shaped bread loafs, often in a decorative woven pattern, common in the Ukraine, Russia and Romania, among other countries. They are used in various ritual meals, such as on Christmas Eve, but also can be offered as part of a funeral service. 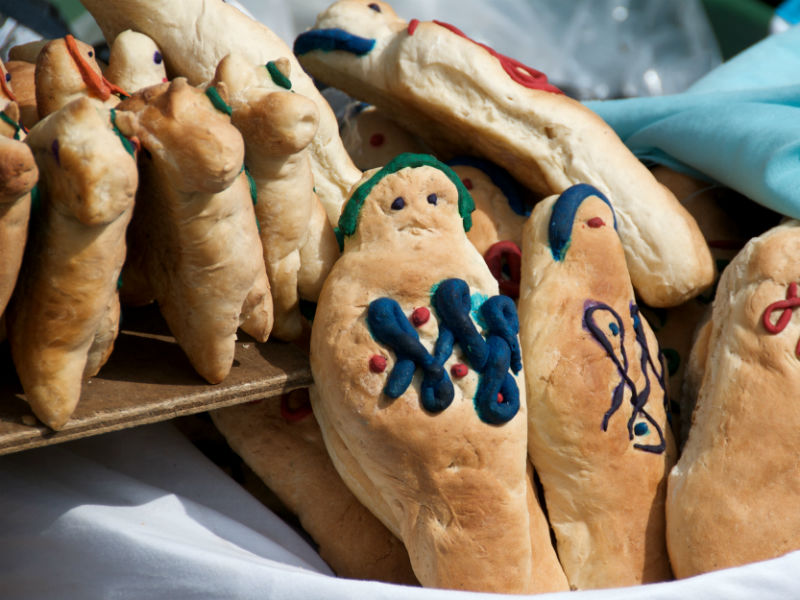 Photo by A Davey

Translating to ‘bread of the dead’, these sweet rolls are traditionally baked in Mexico for the Day of the Dead festival in November, when Mexicans commemorate their loved ones. The soft, sweet bread rolls can vary according to regional recipes, and are sometimes shaped like animals and people with colourful decorations. 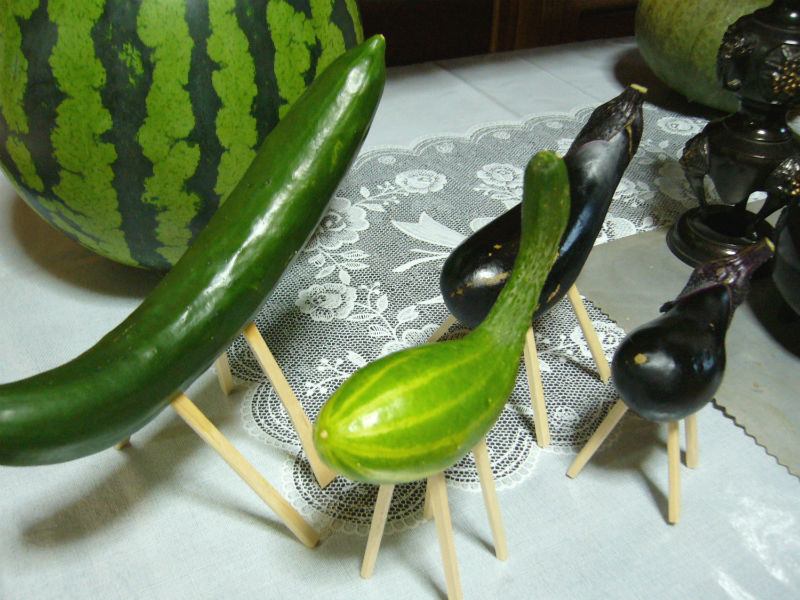 Japanese Buddhists hold a memorial festival called Obon, where spirits of loved ones are thought to visit from the afterlife. Families often make food offerings to their ancestors on the Buddhist altars in their homes. One custom is to carve or model a cucumber to represent the shape of a horse, known as kyuri uma. Families leave these on their loved one’s graves to help them return to the afterlife when Obon ends. Aubergines often represent cows, known as nasu ushi.