Resomation: Would a water cremation be your funeral wish? 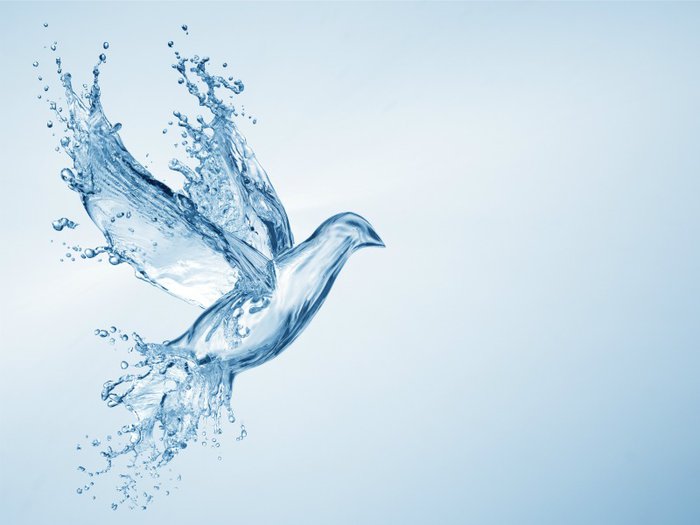 When poet Jeanette Pickersgill became the first British person to be legally cremated in 1885, it probably seemed unimaginable something so revolutionary would one day eclipse burial to become the funeral wish for three quarters of us today.

In the United States, more than two and a half thousand green cremations have already taken place, since a company based in Glasgow – and with a factory in Leeds – introduced its revolutionary technology there.

So could flameless ‘green cremation’ be the next big thing? Planners have given the go-ahead for a Resomation unit to be installed at Rowley Regis crematorium in the West Midlands, which could see the UK’s first water cremation take place in 2018.

Also known as alkaline hydrolysis, Resomation is a liquid cremation process which speeds up the way our bodies return to nature when they are buried. Under the earth, a similar hydrolysis process can take years, but with the appliance of science, very hot water and five per cent potassium hydroxide – a compound used in soap and shampoo – a water cremation takes around four hours.

Scots biochemist Sandy Sullivan is behind Resomation Ltd and the evolution of a flameless cremation process he believes could be a third significant choice for people, when the time comes to plan a loved one’s funeral. 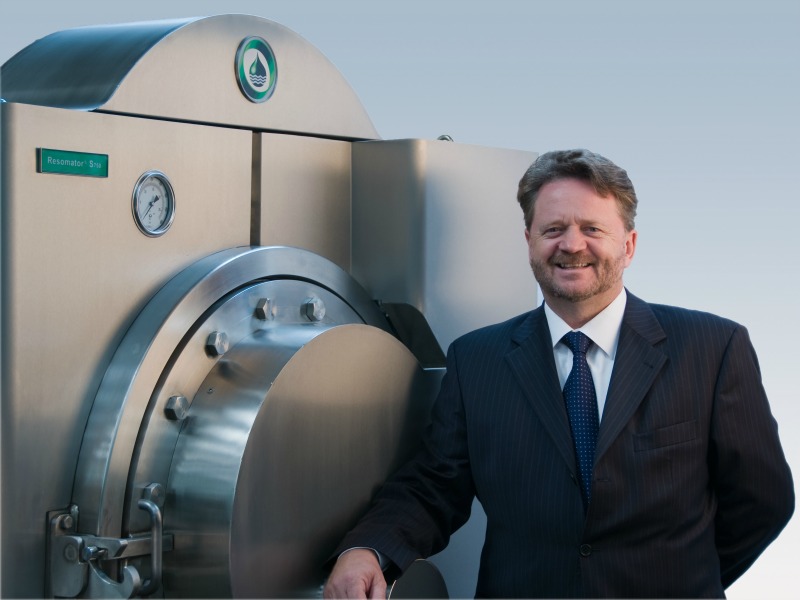 Water cremation, says Sandy, is a “dignified and respectful” option, and an environmentally-friendly choice. Despite its green credentials, the biggest selling-point, he’s learned, is how it’s captured people’s imaginations as a ‘gentler’ way to go. Derived from Greek and Latin, he explains, Resomation means the “rebirth of the human body”.

What happens at a water cremation?

As usual when planning a funeral service, a green cremation comes after the funeral service or life celebration in the crematorium chapel. Afterwards, the person who has died is placed in a natural wool coffin and into a Resomation chamber filled with the hot water solution.

What’s left after the process is a pure white ‘ash’, fine particles of sterile bone. Green cremation results in slightly more powdered remains than flame cremation, which are given to loved ones in an urn slightly bigger than is traditional. “Nothing,” explains Sandy, “goes up the stack.”

In 2010, three years after launching his concept of water cremation, he was awarded the John Logie Baird Award for Early Stage Impact Through Innovation and the Observer Ethical Awards’ Big Idea trophy for his pioneering green funeral work.

Although akin to traditional cremation and with the legacy of ashes, alkaline hydrolysis ultimately does what nature, unhindered, sets to work on when we die. Our bodies, made up of around 60 per cent water, are broken down by the water solution into their basic building blocks. Liquids which would seep into the soil after a burial, are sterilised through Resomation and drained away to be recycled.

“It’s similar to the processes after burial, but in a faster, cleaner environment,” says Sandy.

While people are naturally curious about the finer details of the final disposition involved in green cremation, he points out that most of us draw a line when it comes to thinking too deeply about biological processes, when we are mourning a loved one.

“What we say is that we use water to return the body to the earth,” says Sandy. “As far as the funeral goes, people won’t see any difference.”

In America, two big funeral homes and a major university medical facility already offer his Resomation process. Family-run green funeral home, Bradshaw’s Celebration of Life Center in Stillwater, Minnesota, has been attracting media coverage over what it describes as “a gentle, eco-friendly alternative to flame-based cremation or casket burials.” 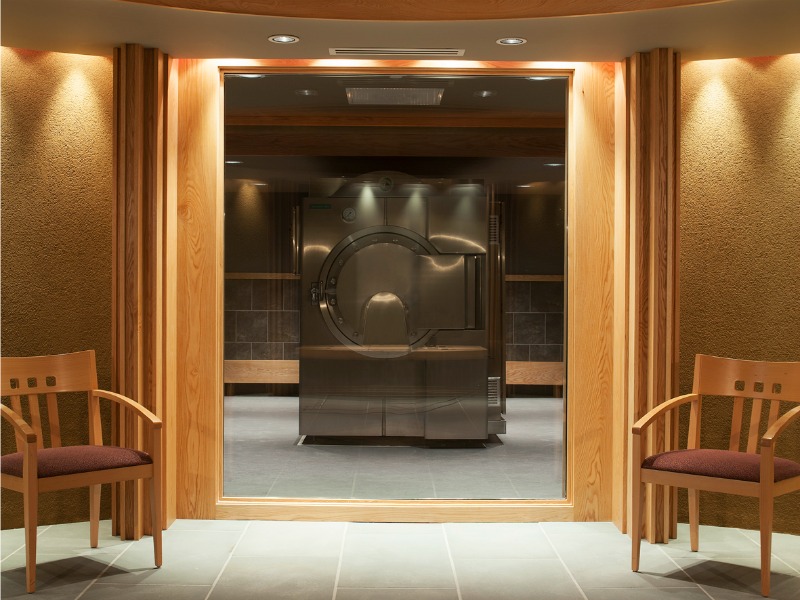 A Resomation unit at Bradshaw’s Celebration of Life Center, Minnesota (via Resomation Ltd)

Resomation and the environment

Under UK law, water cremation is legal, subject to compliance with health, safety and environmental regulation. Since its early stages, Sandy has been pressing for the Government to regulate what could become a significant part of the funeral industry. This is because the Ministry of Justice currently holds the view that hydrolysis does not constitute ‘the burning of human remains’ and therefore falls outside the current regulatory framework for traditional flame cremation.

In the Netherlands, new technologies like Resomation must first be legalised by the state. Independently-led studies have been carried out, with a major crematoria-owner seeking to introduce Resomation there.

Sandy says the research conducted to support the move, has proven alkaline hydrolysis to be “significantly greener” than burial in a traditional cemetery and with less impact on the environment than flame cremation. Scientists have taken into consideration factors such as carbon and methane emissions, energy consumption, manufacturing processes, transport, grounds maintenance and the physical space used in all three processes.

“Apart from supplying real data we had no input in the independent research work,” he adds, “and even I was surprised by how good the findings were. It’s the third true method of body disposition and has to be backed up by data. We don’t make claims we can’t achieve.”

In America and Canada, where a small number of other companies are developing their own hydrolysis cremation technology for funerals, the process must be legalised state-by-state. With theological questions raised by some religious institutes over liquid cremation, fourteen U.S. states so far have given Resomation the green light and Sandy hopes the number will total 17 by the end of the year. “Things are beginning to move ahead,” he says. 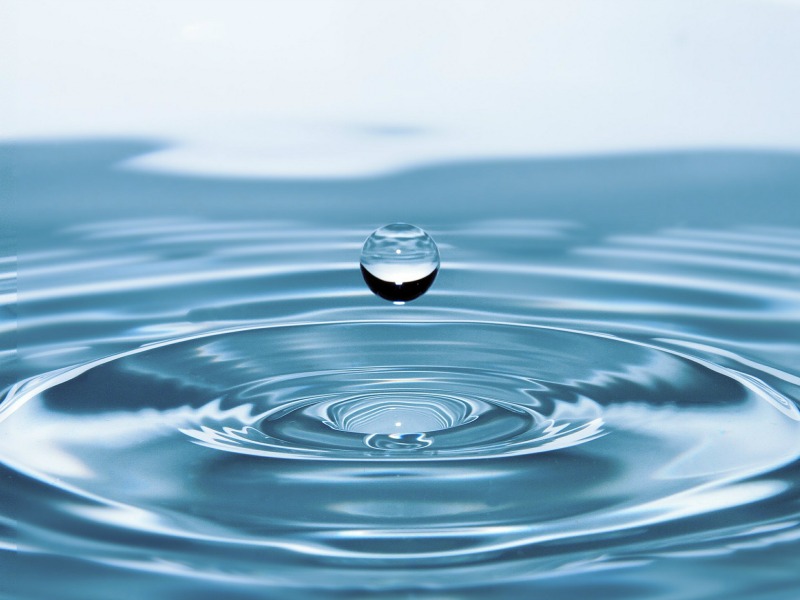 In the UK, the Cremation Society has been watching how Resomation has been progressing with interest. Formed in 1874, a year ahead of it opening Britain’s pioneering crematorium in Woking, it amended its Memorandum and Articles of Association in 2008 to include water cremation, noting: “The Society regards [it] as a viable adjunct to cremation due to its number of environmental advantages.”

In terms of water cremation costs and subject to individual companies’ tariffs, it’s anticipated that the bereaved may expect to pay around the same for a water cremation as they would for a traditional one.

Looking ahead to its first green cremations, a spokesperson for Sandwell Council, which operates Rowley Regis crematorium, told the Halesowen News: “Resomation allows individuals and families to express their environmental concerns and values in a very positive manner with one of their final actions in life.”

Rowley Regis’s Resomation unit is currently being built in Leeds and the production line is gearing up for more orders as interest in green cremation grows.

“The amount of interest is just crazy,” says Sandy. “I’m being contacted by people from all over the world. There was a conservatism to overcome, but we’re over the speed bump and the funeral profession has been very supportive. I’m not just saying it, but I’m passionate about Resomation.”

As the “third true method” of final disposition, the deciding factor for many people may simply be whether or not they love the idea of this alternative cremation, too. Perhaps a connection with the elements will play its part in the decision-making; earth, fire or water. What would poet Mrs Pickersgill have opted for, given the choice?

For information on more traditional options, we have a guide to burials and a guide to cremations that you can browse through.