The Regulatory Landscape for Funeral Directors - a Scottish Perspective 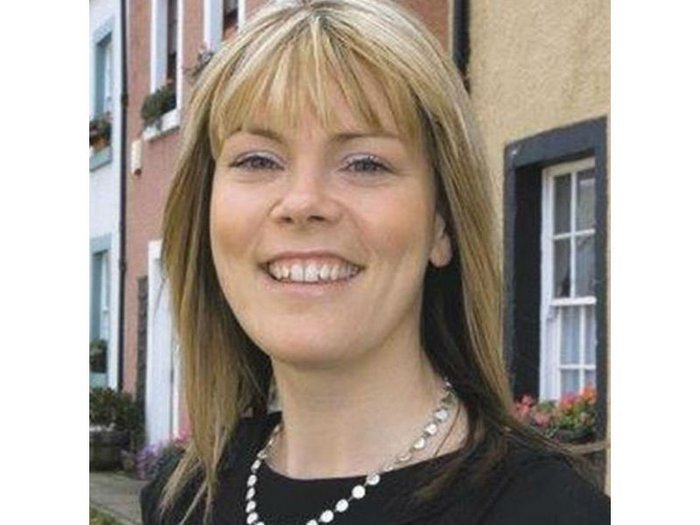 “It has been a privilege to have the opportunity to understand what happens in the funeral sector, to gain an understanding of the dedication and hard work that goes on in local communities in Scotland,” says Natalie.

Who is Natalie McKail?

Natalie McKail was appointed in 2017 as Scotland’s Inspector of Funeral Directors, with a remit to assess the current operational landscape in Scotland and make recommendations to Scottish Ministers on regulatory models, to develop, and publish a statutory code of practice for the funeral profession and to improve and encourage good practice. Since then she has also been listening to the needs of the bereaved, and the challenges and opportunities for funeral directors.

While the statutory code of practice is aimed at providing consumers with a consistent and assured level of service, the regulations also aim to enable funeral directors to take advantage of new possibilities within the profession and to grow and thrive as new technologies and new opportunities become available.

How will a statutory code of practice affect smaller funeral directors in Scotland?

“I hope that there have been reassuring messages that what we’re seeking to do, is to have a proportionate regulatory model introduced into this sector and there needs to be a level of flexibility moving forward,” Natalie confirmed. “We want to be able to take account of different service models, so as businesses test new propositions, we understand whether that is something the bereaved want to access and to see as part of their funeral for their loved ones.

“I would also stress the importance of consistency and fairness, so the expectations that the public have on these service providers should be the same in terms of operational practice.”

Having spent time with funeral directors of all sizes and with widely ranging approaches to the profession, an understanding that any regulatory guidelines needed to be developed in a flexible manner.

“I think any regulatory approach fundamentally needs to be about proportional and fair intervention. This absolutely needs to be a scalable solution that fits small, medium and larger enterprises. But again, always coming back to the principles of being fair and with the bereaved and deceased at the centre.”

When can we expect to see the codes of practice published?

“My colleagues in Scottish government are refining the statutory code of practice and also the consultation document that goes out with it,” Natalie commented on the expected release of the code of practice. “It’s not appropriate to, nor would we want to send out something that doesn’t have explanatory guidance notes.

“Colleagues will also pose some key questions to both the sector and wider stakeholders, asking for feedback around those particular elements. Both of those documents are being finalised and I would hope we could see them published in the coming months.”

How have these codes of practice been developed?

Natalie has spent the last two years not only engaging directly with funeral directors across Scotland but listening to the wishes of the bereaved as well. The goal has been to create a set of regulatory guidelines that provide assurance to the bereaved that the service they receive is of a good standard quality, regardless of provider, funeral type or geographical location.

“I have been impressed with the readiness to engage and the participation from those in the sector,” mentioned Natalie, recognising the efforts of many of Scotland’s funeral directors to be an active part in introducing regulatory checks on a vital industry. “Not only from parties within the profession, but also the willingness to participate by the bereaved. In their willingness to get in touch with me and share their experiences, it’s so important that their experiences are recognised.

“The openness and transparency of that dialogue has been vital for me to develop an understanding of the operational challenges that funeral directors face and the context and environment they operate in. It’s allowed me to understand better and accordingly to brief Ministers in more detail.”

What challenges has Natalie faced in the role?

One of the major challenges for Natalie McKail, who acknowledges her professional background is not in the funeral industry, was getting to terms with the limited amount of reliable information and data available for the profession.

“There is a need for a greater evidence base and underpinning information around what the next steps should be, albeit I recognise it has improved more recently. How we gather that information for government was a challenge and remains a challenge. For example, I think it’s recognised that there is a lack of comprehensive knowledge as to who operates in the sector.”

Having spent so much time engaging directly with members of the funeral profession, as well as the people they are serving, Natalie observed first-hand the unique relationship that exists between funeral directors and the bereaved.

“There is a fundamental aspect of this role which is based on a relationship of trust, and I think it’s really important that we recognise the emotional aspect of what will inevitably be a business relationship,” Natalie said. “I think the bereaved should expect that that trust is reciprocated through good management, doing the right thing and investing wisely. Funeral directors need to be able to translate the needs and wishes of the bereaved into service delivery so that the funeral provided is what’s expected.”

What is happening next?

As the end of her initial two-year appointment approaches, Natalie is very aware of what has been achieved so far and what challenges lie ahead for the role.

“A significant piece of work was delivered last year around engagement and dialogue to produce the draft statue of practice. That will set the fundamental principles and operating practices for all funeral directors in Scotland. I hope when it’s subject to public consultation, people use that as an opportunity to refine and improve it.

Natalie’s focus is now on helping to implement the statutory code of practice in the most practical and efficient manner.

“Once it’s applied, that will be what we measure funeral directors against, and determine whether there has been compliance or not. So, it’s a really important tool and mechanism through which ministers will be able to better understand how the operating context is developing in Scotland.

“But, more importantly, it’s a point of reassurance for the public that no matter who they choose as their funeral director, there are good standards of care that are afforded to all, irrespective of the choice of funeral type. It’s about reinforcing consistency and fairness in practice.

“The other element that’s under active consideration,” Natalie added, “are recommendations to Ministers on the provision contained in the Scottish legislation as to whether a licensing scheme is introduced, with Ministers actively considering this at the moment.”

Where can funeral directors look for more support?

Discussing where people within the profession might look for support, Natalie provided her perspective. “There are two trade bodies (NAFD and SAIF) that are there ready to support them. The government can also provide updates and information. But vitally, while this is a competitive and healthy environment, peer support is actually a key resource for everyone. If we are all able to share good practice and information about improvements, the industry and most importantly the public as a whole benefits.”

To wrap matters up, Natalie shared a positive message. “There is a lot of change and uncertainty that’s going on in the sector but there is also momentum. If business leaders feel they are confident and able to make decisions around preparation for compliance requirements then they should do that, and I want to encourage businesses to carry on in making their own improvements.”