Laws around making a will need an overhaul says Law Commission 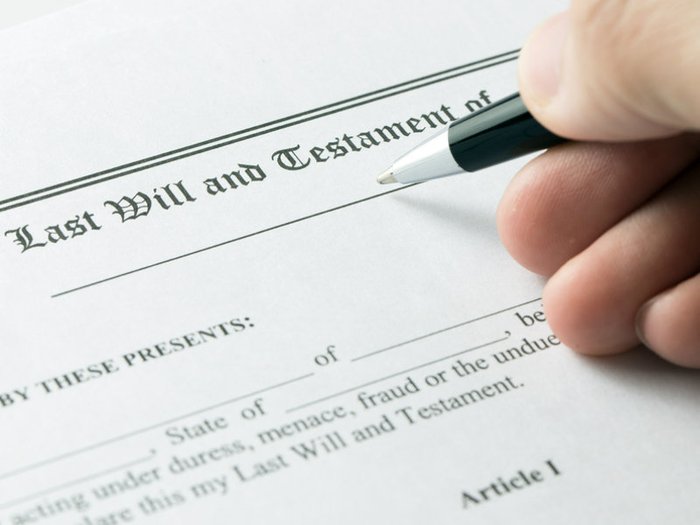 New laws could pave the way for digital wills and lowering the legal age to write a will to 16.

The Law Commission has proposed making radical changes to laws around will-making that date back to the Victorian era.

The Government's independent legal advisers have suggested lowering the legal age to write a will to 16 and the introduction of a new mental capacity test which is more understanding of conditions like dementia.

The Commission has said it also wants to pave the way for the introduction of electronic wills, to better reflect a modern world with increasing reliance upon digital technology.

It is also consulting on proposals that would enable a law court to dispense with the formalities for a will and consider notes or even voicemail as evidence in cases where it’s clear what the person who died intended.

“Making a will and passing on your possessions after you’ve died should be straight-forward,” said Law Commissioner Professor Nick Hopkins. “But the law is unclear, outdated and could even be putting people off altogether.

“Even when it’s obvious what someone wanted, if they haven’t followed the strict rules, courts can’t act on it. And conditions which affect decision-making – like dementia – aren’t properly accounted for in the law.

“That’s not right and we want an overhaul to bring the law into the modern world. Our provisional proposals will not only clarify things legally, but will also help to give greater effect to people’s last wishes.”

One key aspect of the proposals is the suggested changes to laws around mental capacity. Currently, the law specifies that a will is not valid if a person did not have the mental capacity to understand what they were signing.

However, the law governing if a person is deemed mentally capable is based on a legal case from 1870, when diseases like dementia were less prevalent and far less understood. The 19th Century case refers to “delusions” of the mind and doesn’t reflect what we now know about dementia; that mental capacity can be changeable.

The Law Commission has suggested using the modern test for mental capacity as set out in the Mental Capacity Act 2005, which applies to other legal areas of decision-making, but not making a will. This would bring the mental capacity test for wills into line with our modern understanding of mental conditions.

It also suggested lowering the age at which people can make a will from 18 to 16 years old. The Commission has pointed out that 16-year-olds can join the army, get married, pay tax and live alone. If they are considered capable decision-makers in these regards, the consultation paper argues, they should also be able to make a will.

Another proposed change would give courts the power to recognise a will in cases where formality rules haven’t been strictly followed, but the will-maker’s intentions are clear – potentially saving thousands of families the disruption and stress of finding out their loved one’s will isn’t valid, even when it’s clear what they meant.

The Commission also wants to overhaul rules to give people better protection against being unduly influenced by another person, and give the Lord Chancellor power to make provision for electronic wills – a first step towards the possibility of digital wills that could be more easily updated.

The Law Commission is now asking the public for their views on the proposed changes. The consultation is running until November 10 2017. Find out more about the changes and how to respond on the Law Commission website.