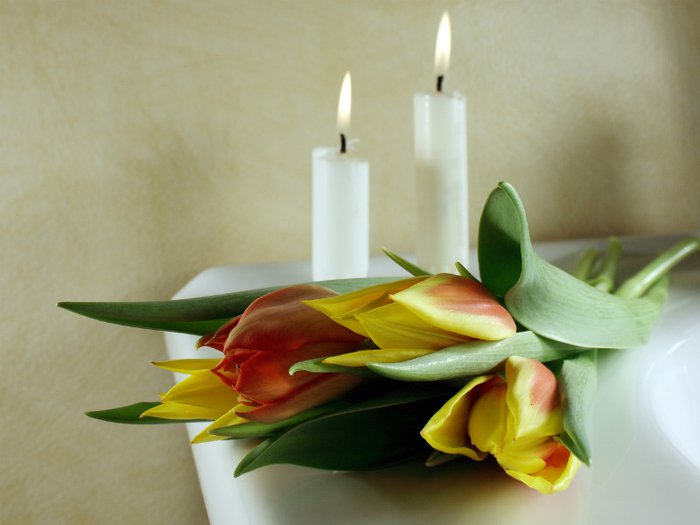 It’s no secret that British society has become decidedly less religious over the last 50 or so years. According to research by NatCen, just under half of adults in England and Wales define themselves as having no religion.

The funeral has traditionally been a religious affair, with a great proportion of the service dedicated to prayer and worship. But now, in a more secular age, humanist funerals are beginning to emerge as a popular choice for those who don’t follow a religion.

“Humanism is a life philosophy, an umbrella term for atheist, agnostic and non-religious people,” explains Isabel Russo, head of ceremonies at the Humanists UK. “Atheism can be seen as a very negative life stance by some, but humanism is a very positive life stance. It is based on the philosophy and the belief that we can be good without God.

“It’s a thought-through position that the meaning of life is to be happy and to help others be happy. We live by the golden rule ‘do unto others what you would have done to yourself’. It is a positive outlook on how you can be a moral, ethical person without any supernatural being guiding your behaviour.”

What is a humanist funeral?

“Humanist funerals can be a lot more frank in a way. We can be honest about the challenges that person faced and acknowledge their journey, whether they overcame those challenges or not, because not overcoming those challenges makes them human.

Can a humanist funeral be meaningful without God?

If you are used to attending religious funerals, you might be unsure whether a funeral without mention of an afterlife can be as meaningful. But, Isabel says, there is powerful meaning in the act of saying goodbye and remembering the life of the person who has died:

“The challenge of a humanist funeral, but where it is also successful, is being able to walk the line of being a genuinely sad occasion, where you are acknowledging that you are really letting go of someone – because we don’t believe that we’ll see them in heaven again – and at the same time remembering who they were for us, and who they’ll always be for us.

“Of course, for a religious person it will always lack that ultimate meaning for them, because God isn’t mentioned. We would never want to do a humanist service for someone who is religious. We want everyone to have the ceremony that is right for them. However, for a non-religious person it does have that ultimate meaning, because for them life is about life itself, not the afterlife.”

That said, Isabel says that a humanist funeral can be a meaningful experience for religious mourners who attend. She told us about a funeral she conducted for a man who was an out-and-out atheist, but whose wife was religious.

“There were people who were religious who spoke in the service, and there was nobody who came up to me at the end and said it wasn’t meaningful. Everybody, including the religious people, said, ‘That was so meaningful, that was so him, you allowed us the space to laugh and to cry, and to reconnect with who he was for us.’ In a funeral ceremony we always give time for reflection which, we explain, can always be used as time for private prayer.”

Humanist funerals often incorporate elements of ‘alternative’ funeral ideas, such as bright colours, weird and wonderful themes, and other non-traditional aspects such as balloon releases, eco-friendly burials and fireworks. But this doesn’t mean the funeral services are frivolous or light-hearted. On the contrary, the meaningfulness of saying goodbye is central to the humanist service.

“We’re very much in support of that creativity, but also in support of it being rooted in the profound experience of saying goodbye,” Isabel says. “It’s even more important for humanists, because we don’t believe we’re going to be meeting them again in the afterlife. You really are saying goodbye.”

“In a religious ceremony you’re committing the person to God, but in a non-religious ceremony, we like to see it as you’re committing that person’s memory to your heart. That is not to say that it can’t be full of joy, and laughter, and bright colours, but it’s just always remembering that at the heart of it, it’s a very profound thing you are doing.”

How to plan a humanist funeral

If you’re considering a non-religious funeral for your loved one, Isabel recommends working with a humanist celebrant you can trust. Currently there is no regulatory body overseeing the training and accreditation of humanist celebrants, but organisations such as the British Humanist Association have their own quality assurance and training programmes for celebrants.

“The world of funerals and death is just opening so much more, which is great,” Isabel says. “People have more choice now, so I would encourage people to shop around. You can ask questions and find the person who is right for you.”

Your funeral director will be able to help you get in touch with a non-religious celebrant, or you can find an accredited humanist celebrant near you via the Humanists UK’s website.