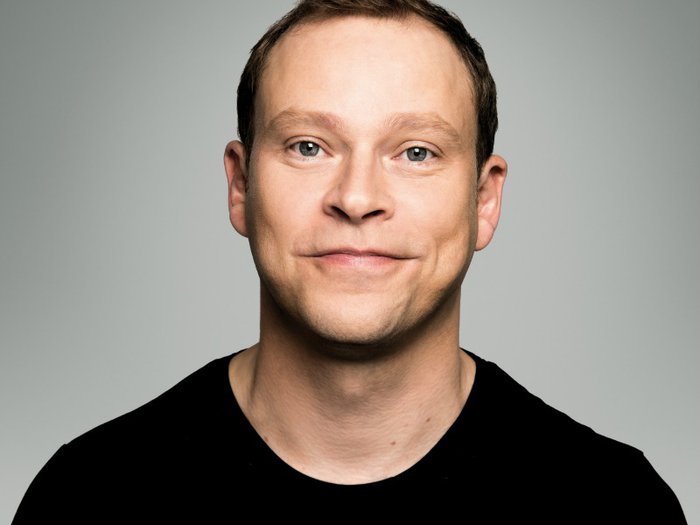 Comedian Robert Webb, star of Peep Show and That Mitchell and Webb Look, has written a thought-provoking and personal book about the pressure placed on young boys and men to ‘man up’ and ignore their emotions.

Giving an intimate insight into Webb’s childhood, How Not to Be a Boy exposes the expectations pushed on boys from a young age. Webb recounts the death of his mother, Pat, from fast-moving cancer when he was just 17, opening up on how the pressure to ‘be a man’ stopped him from understanding or expressing his grief.

“When we tell a boy to ‘act like a man’, we’re effectively saying, ‘Stop expressing those feelings,’” Webb explains in How Not to Be a Boy. “And if the boy hears that often enough, it actually starts to sound uncannily like, ‘Stop feeling those feelings.’”

Speaking to Krishnan Guru-Murthy on Channel Four News, Webb explained why he decided to write the book.

“I thought I had a good story to tell,” he said. “I’ve always had this preoccupation with how boys are supposed to be. I’ve found it quite a tight fit myself – I was rubbish at all sports and football and swimming and climbing trees, I wasn’t boisterous and cajoling and cheeky. I was mute and I found it very weird and difficult.

“Then I found all this stuff about emotional repression, about ‘be a man, man up, act like a man’. The more I thought about it, the more I realised that had caused problems in my own later life, because you’re almost training boys to ignore their feelings.”

The book is described as part memoir, part call-to-arms, speaking out against the gender stereotyping that harms men and women alike throughout childhood and adult life. Webb’s storytelling is compelling, honest and often extremely candid, with details and extracts from teenage diaries.

“I’m quite ashamed to realise that this is the first reference in this diary to worrying about anyone but myself,” he wrote shortly after his mother was diagnosed with cancer. “I’m so worried – I love her so much. I must resolve to be less selfish, to talk to her about things more often. Life without her is unthinkable. Literally unthinkable.”

“I can’t tell people it’s good to be open and then keep loads of secrets,” Webb told Guru-Murthy. “But it would be very boring for the reader if they just caught me in the act of self-therapizing. It’s a very outward-facing book. It’s not there to go, ‘Oh poor diddums, me.’

“For anyone who’s lost someone – and that’s pretty much everyone – you can never remind them often enough that they’re not alone.”

Webb experienced grief at a young age, losing his mother to cancer when he was a teenager. He writes, “I would dream of her all night and wake up to a punch in the face.”

But because of the pressure to ‘man up’ and act a certain way, the young comedian found himself unable to fully understand or deal with the deep pain of his mum’s death. Like so many men do with negative emotions, Webb turned his grief into anger.

“The great thing about refusing to feel feelings is that, once you’ve denied them, you don’t have to take responsibility for them,” he writes. “Your feelings will be someone else’s problem – your mother’s problem, your girlfriend’s problem, your wife’s problem. If it has to come out at all, let it come out as anger. You’re allowed to be angry. It’s boyish and man-like to be angry.

Writing for the New Statesman about the book, he said that although attitudes are beginning to change, “the taboos surrounding mental health and talking therapy, particularly when it comes to men, remain very real to many of us.”

He added: “What we have to accept is that gender conditioning – being told how to act because of our sex – didn’t just happen to girls. It happened to boys, too, and it was another pack of lies.”

How Not to Be a Boy is, at its heart, about Webb learning to accept that fact and finding the emotional strength to break free of what we think it means to be a man.

How Not to Be a Boy is published by Canongate Books and is available to buy now. Robert Webb is also taking the book on tour, with dates throughout September, October and November.