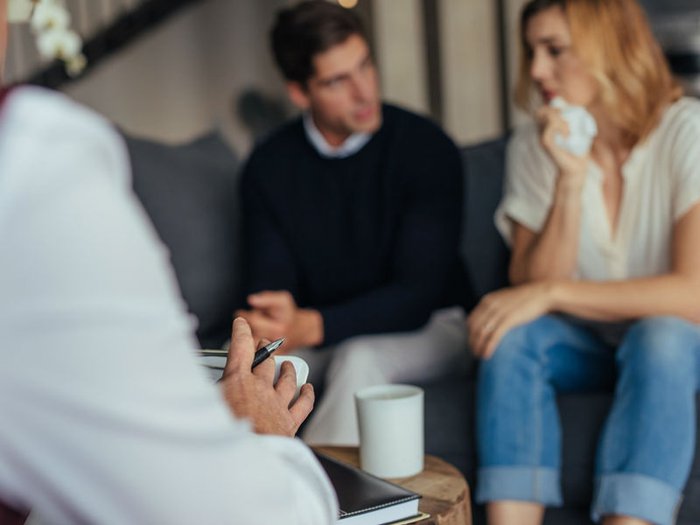 Bereaved people struggling to cope with their loss are being offered free grief counselling support, in a scheme being introduced by independent funeral directors.

Families are being given the chance to talk about their bereavement in up to six face-to-face sessions with a counsellor, as part of a support initiative being rolled out by independent funeral directors’ association, SAIF.

Funeral directors can choose to opt into the scheme, which provides additional bereavement support for families they look after and make funeral arrangements for.

“Many funeral directors are aware that the funeral is just the first step on the bereaved family’s journey of grieving,” says bereavement support specialist Catherine Betley, who is helping SAIF roll out the grief counselling scheme.

“They want to do more to help their clients, who often struggle to access bereavement care in the community. We know that the NHS and many voluntary counselling services across the UK have long waiting lists for bereavement counselling. I’m sure this will help provide comfort and support to more people.”

The new bereavement care initiative follows on from an already successful grief counselling scheme SAIF has up and running. This provides emotional support for people working in the funeral profession, who help people through difficult or traumatic circumstances.

It was inspired by the association’s president, Alun Tucker, a funeral director who was among responders first on the scene after the air crash in Kegworth in 1989, which killed 47 people.

With counselling offered to emergency workers after major incidents, he thought that funeral directors too, might benefit from emotional support after challenging calls.

“Being a funeral director is one of the most high-stress professions there is, with the emotional stress of coping with bereaved clients, as well as all the normal stresses and strains of running a business,” says Catherine.

“Funeral directors and their staff are good at supporting each other, but sometimes extra help is needed.”

Help when it is needed

Inspired by its success with funeral professionals, a grief counselling service called SAIFCare, is now being offered to bereaved families.

The grief support sessions are free to anyone whose funeral director has signed up to the initiative, with the funeral home contributing a little more to its SAIF membership to join the scheme.

So far, 140 independent funeral homes have opted in and SAIF hopes many more of its 870 funeral home members will be inspired to offer the support to families.

To reach out to even more people who are struggling to cope after a bereavement, Catherine has also pioneered an online resource called GriefChat, which she hopes will give many people speedier access to counsellors.

Any organisation that connects with people affected by bereavement can choose to host GriefChat on their website. The instant messaging service enables people to connect directly and anonymously with a professional counsellor, via any device.

“I was frustrated by the long waiting lists for counselling and wanted to use new technology to solve the problem,” Catherine explains.

“When people ask for help, it’s because they need help now.”

GriefChat has a network of trained grief counsellors on call, and Catherine hopes funeral directors and bereavement charities will be among the organisations to make the GriefChat chat box available on their websites.

She anticipates it may especially appeal to the under-35s and people who might not otherwise explore face-to-face counselling.

“I’m really excited to have developed GriefChat, as there’s nothing else like it in the world,” she says.

“It’s the bereavement counselling of the future.”