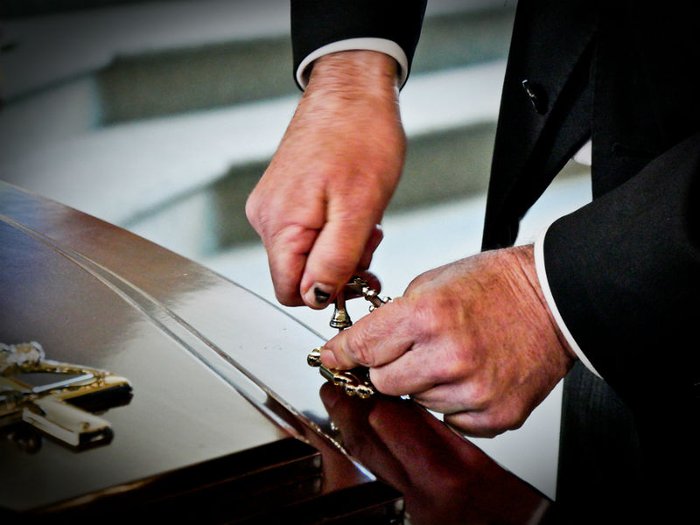 Funeral directors face a major investigation over funeral price hikes, which a Government watchdog says are hitting bereaved families “at their most vulnerable.”

The Competition and Markets Authority has proposed an independent investigation into how the price of a funeral has escalated – and said that the more widespread use of funeral comparison websites could save families over £1,000 in funeral costs.

The CMA, which is six months into a far-reaching study into the funerals sector, says its initial findings have uncovered problems with the market. Its report has been described by industry insiders as a “wake-up call” for the funeral profession.

The CMA says vulnerable bereaved families face funeral prices which have increased at almost three times the rate of inflation since 2008. The authority has said the scale of these hikes don’t appear to be justified, even when factoring in cost increases faced by funeral directors, or their investment in quality improvements.

Meanwhile, another cost included on the funeral bill has risen on average by 84% in the past 10 years, more than three times the rate of inflation. Cremation is the funeral choice of three quarters of people in the UK, with taxpayers already supporting the cost of its 183 local-authority owned crematoria. A further 110 are owned and run by private companies. The CMA said that while crematoria fees were rising, most bereaved families had few alternative funeral venue options in their local area.

The rising cost of a funeral in the UK

The CMA findings reveal that while comparatively cheap direct-to-crematorium options and fixed-price funeral packages are available on the market, most bereaved families are still choosing traditional-style funerals, and face a total bill of between £3,000 and £5,000.

The CMA said that while some smaller independent funeral directors had kept their prices low, bigger funeral chains in particular were behind funeral price hikes that had been increasing year on year, with funeral companies competing among themselves on price.

It has proposed an investigation into the disparities between the cost of a funeral and the total price charged to grieving families.

The CMA has highlighted how a change in consumer behaviour could influence how funeral directors compete for business and set the prices paid by bereaved families.

The CMA said that at a very emotional time, people are less likely to shop around – leaving them vulnerable to making quick decisions, without fully considering their options. But it said that comparing funeral services could put members of the public in the driving seat and bring funeral prices down – prompting funeral service providers to meet consumer expectations, rather than compete on prices set by their business rivals.

Moves are also afoot across the funeral profession to make clear pricing information accessible online, so people are aware before any arrangements are made.

The CMA has said that the average cost of a funeral can account for 40% of a low-income family’s annual outgoings. While pressure is mounting on the funeral sector to address funeral pricing, funeral poverty campaigners have also been calling on the Government to increase its means-tested benefit The Funeral Expenses Payment. Although this covers cremation or burial fees as they rise with inflation, an allowance of up to £700 for meeting other funeral costs has not increased since 2003.

Funeral Guide’s chief executive Ed Gallois said: “This review of the funeral market is much needed and overdue. People who are vulnerable in their bereavement need a fair deal. It’s clear that in these distressing and unfamiliar circumstances, access to impartial information is a big help to them.

“The Government should do more to educate the public that there are resources like Funeral Guide which are informing people that they have a choice at their time of need.”

The CMA’s chief executive Andrea Coscelli said the watchdog will be consulting over a full investigation and is inviting people to share their views by January 4, 2019.

He said: “People mourning the loss of a loved one are extremely vulnerable and at risk of being exploited. We need to make sure that they are protected at such an emotional time, and we’re very concerned about the substantial increases in funeral prices over the past decade.

“We now feel that the full powers of a market investigation are required to address the issues we have found. We also want to hear from people who have experienced poor practices in the sector, so that we can take any action.”