A lonely business: Death and coping with grief on the farm 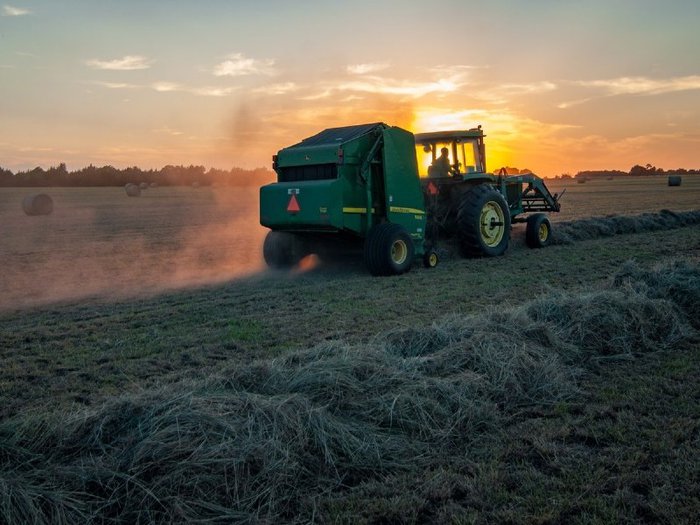 Photo by Jed Owen on Unsplash

Coming to terms with the loss of a loved one can be a lonely and difficult journey. For members of the farming community, bereavement is often compounded by a work-life cycle that makes it difficult to factor in time to grieve.

Beyond the UK’s farming community of around 470,000 people, says Glyn Evans of the Farming Community Network (FCN), many people are unaware of the huge day-to-day pressures many farmers are under. One in four members of the public have a “rosy view of farming life” according to a recent study by The Prince’s Countryside Fund, which says people are “starkly unaware of the tough realities of farming.”

From a 70-hour working week to the financial uncertainty of a livelihood dependent on many unpredictable factors, most farmers have no choice but to shoulder their grief and carry on when they lose a loved one.

Farming is an industry that also accounts for the highest number of fatal and life-changing accidents and, sadly, a significant proportion of deaths by suicide in the UK. The pressures can be huge – and options are often limited. Vital day-to-day activities can leave bereaved farmers with no choice but to ‘just get on’ with life.

For grieving farmers with animals to feed and crops to manage, it’s rarely possible to take the kind of time out to adjust that we’d wish for our family or friends. The FCN is a national charity which provides practical and pastoral support to farmers facing difficult times.

“Our volunteers, in the general course of their work supporting farmers, are likely to be supporting some people who are bereaved and we offer training to our volunteers in bereavement issues,” says Glyn, who is the FCN’s deputy chief executive and oversees its mental wellbeing and bereavement support programmes.

“Farmers have all the human emotions when it comes to grief. But one of the problems the farming community faces, and often mentions, is that counselling provision from specialist organisations can struggle to understand the nature of the farming way of life and the pressures they face,” says Glyn.

“One farmer recently was being encouraged by a support organisation to take time off ‘work’ to adjust. But how do you do that if you have fields ready for harvesting and animals to feed twice a day?

“Farming is a highly-skilled occupation and often farmers work alone, so being able to access cover for things like feeding their animals, or the routine daily tasks of farming is difficult to come by. Being unable to relinquish the daily demands makes it more difficult to access the support they might need.”

As a ‘generalist’ support charity, FCN operates a helpline for farmers and farming families and is behind the training of around 400 volunteers from within the farming community. They understand the demands of farming life and arrange farm and face-to-face visits with the clients they support.

“Bereavement support is one part of what we offer,” says Glyn.

With their daily lives entrenched in the cycle of life, farmers may have a more pragmatic approach to death, but can take longer to come to terms with the loss of someone, he adds.

“There is a slightly different approach to the cycle of life in farming. The business and your personal life is so coupled up together, that when there is a death in the family you just have to go on. So there can be delays in the process of grieving and it can also make the process longer, as there is no time to think about things.”

For people in the farming community coping with personal hardship due to circumstances including illness and bereavement, The Royal Agricultural Benevolent Institution (RABI) provides financial assistance to help meet domestic bills and even funeral costs. Meanwhile, another charity, The Addington Trust, provides support to farming families who face losing their home and have no alternative housing options, when circumstances leave them with no choice but to leave the industry.

Adding to the post-bereavement pressures on many farming families is the matter of succession. In the UK, the average farmer’s age is 59 and it’s common for the head of the family to run the farm until they are way into their 80s or 90s. Often, middle-aged sons, daughters and other family members are not involved in any administration and paperwork, simply working day in, day out, on the hands-on jobs around the farm.

“Farmers tend not to hand over the reins,” says Glyn. “You can have a son or daughter who has effectively worked all their lives on the farm and suddenly you have the death of a father who managed the business side of things all by himself. If you have a 50 or 60-year-old who’s never paid a bill or even had their own bank account, there’s a whole lot of practical implications.”

As part of their support when someone dies, FCN volunteers can help clients think through the practicalities of taking on the running of the farm.

After a bereavement for many people in the farming community, the legacy of continuing in the previous generations’ footsteps can be a comfort and part of the healing process.

“If it’s a son or daughter,” says Glyn, “there’s a sense of continuity in carrying on the work of the previous generation.”

Yet for some, the prospect of handing over responsibility for a business which has been a life, as well as a livelihood, can be a bleak prospect. For others, a debilitating accident, or the loss of their livestock, can throw their entire future into question. Every week in the UK, someone from within the farming community dies by suicide.

“Grief after death by suicide is often described as grief with the volume turned up,” says Glyn. “Even though there may be a more pragmatic approach by farmers to suicide, the impact can be just as profound. And it affects many people, not just on the farm, but the whole community, because farming communities are very close-knit.

“Funerals tend to be jam-packed and many who attend may be related, because of the nature of the community people don’t move around.”

With around 83 per cent of the UK population now living in towns and cities, farmers have become increasingly isolated from the wider rural communities they were traditionally a greatly respected part of.

“They are often no longer pillars of village life,” says Glyn, “and can feel very marginalised from society in many ways. They also feel they are not understood when it comes to the pressures of work, bureaucracy, finance and environmental protection. They find very hard to cope with these and don’t easily enter into conversation when people ask about what is happening.

“In FCN we are increasingly seeing people who want to talk about their anxieties and their mental wellbeing, though. A lot of farmers come to us for support, because they know the volunteers already as they are part of the communities.

“It’s also been estimated that around 30 per cent of people may be on the autism spectrum within the farming community,” adds Glyn.

“While the solitude of farming life can suit many people who naturally prefer to be alone, when a bereavement or worrying issues are troubling someone, this can create additional pressures for people who don’t often socialise.”

The digitalisation of labour-saving farm machinery can also compound grief and add to feelings of depression and loneliness.

“Nowadays with computerised tractors there can be more time to think,” says Glyn.

“If you are going up and down a huge field for two days, it can be very isolating.”

The FCN receives around 1,500 calls to its helpline annually. Its volunteers deal with about 2,500 cases a year involving around 6,000 people. The connections volunteers forge can be the beginning of a supportive relationship that lasts for as long as the individual needs it.

The charity also works with government agencies, landowners and people such as vets who regularly visit farms. The aim is to raise awareness of issues they may encounter when someone is experiencing difficulties. The FCN has also worked with the National Federation of Young Farmers’ Clubs’ Rural+ initiative, which focuses on suicide prevention.

“We call it ‘walking with’ and we will walk with farmers for years,” says Glyn.

“We have some people still volunteering with the same person after 10 years and people can build good friendships from it.

“Although most of our work is with farmers experiencing difficulties it is important to remember that good things happen in farming too. The support we give can often lead to an improved situation and wellbeing for people as they work through their feelings and problems.”