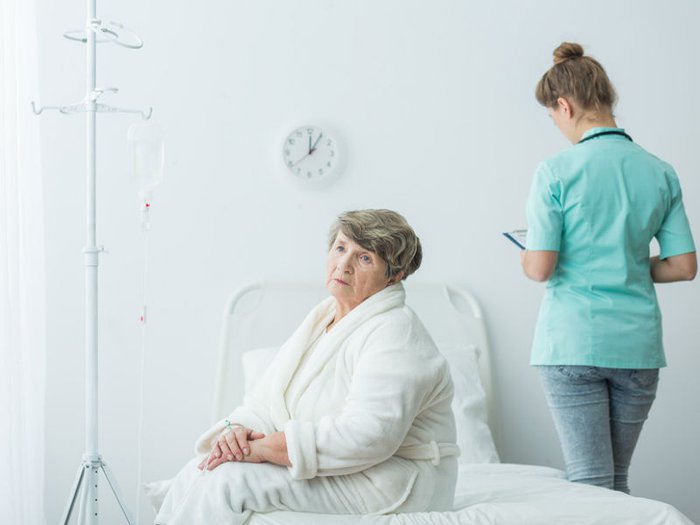 A recent report by Marie Curie has shown that people who are lesbian, gay, bisexual or transgender (LGBT) are facing significant challenges at the end of their lives. When accessing vital palliative or end of life care, LGBT people can experience unique problems that mean their final days are not as comfortable as they could be. In order to improve the quality of care, we must first understand the needs of LGBT people in the UK.

The report is entitled ‘Hiding who I am: The reality of end of life care for LGBT people’, and is endorsed by writer, actress and comedian Sandi Toksvig. In the foreword she explains: “Prejudice and discrimination at the end of life have a devastating impact on LGBT people. At its very worst, it means someone will spend their last days feeling isolated, alone, angry and unwelcome.

“Many health and social care professionals say that they treat everyone the same. This is well intentioned. However, as this report shows, sometimes for everyone to be equal, differences need to be acknowledged and given space to be celebrated. There is still a lot of work that needs to be done to make this a reality for all LGBT people at the end of life.”

If you are heterosexual, you may not immediately think that sexuality has much to do with palliative care. Indeed, you wouldn’t be alone, as 57 per cent of health and social care workers said they didn’t consider someone’s sexual orientation to be relevant to a person’s health needs.

However, the fact is that we live in what is known as a ‘heteronormative’ society – we tend to assume that someone is not gay and automatically treat them as such – and this can cause many problems for those who are not heterosexual. Some of these problems are listed below.

LGBT people usually have personal experience of being discriminated against, or even abused, because of their sexuality or gender identity. One in six lesbian, gay or bisexual people have experienced a homophobic hate crime. Three quarters of trans people receive transphobic abuse each year.

Experiencing discrimination and fearing verbal or even physical abuse can make people wary. The prospect of facing more discrimination, especially at the end of life when people are most vulnerable, can discourage LGBT people from seeking help from palliative care services.

These fears are not unfounded, either. The Marie Curie report states that nearly a quarter of patient-facing staff in hospitals had heard colleagues making negative remarks about LGBT people, including using offensive slurs. 20 per cent had heard disparaging remarks about trans people. A previous study funded by Marie Curie, entitled ‘The last outing’, found that over a quarter of those surveyed had experienced discrimination relating to sexual orientation or gender identity from health and social care professionals.

Hospital staff and care workers often assume that a person is heterosexual and identifies as their birth gender (also known as being cisgender). Sometimes they may use a trans person’s birth name instead of their preferred name.

While these assumptions are usually not made with bad intentions, they can be difficult to cope with and make an LGBT person feel isolated. In the Marie Curie report, LGBT people testify that they had to ‘out’ themselves in hospital, sometimes several times a day. While some LGBT people are comfortable with talking about their sexuality or gender identity, others feel vulnerable when discussing these things, especially with strangers or unknown hospital staff. This stress can add pressure to an already difficult experience.

Spiritual needs not being met

In fact, many do have strong religious beliefs or want to address spiritual questions in their final days. The assumptions made by hospital staff and care workers can unfortunately mean that important elements of preparing for the end of life are overlooked.

Lack of understanding of family structures

LGBT people are less likely to have a traditional family support structure to help them through their final days. They may have a partner of the same sex or what is sometimes known as a ‘family of choice’, a group of very close friends that act as a family unit.

If care workers and hospital staff do not understand these family structures, partners and families of choice can feel ignored and uninvolved. In some cases, this means that an estranged birth family can be prioritised above partners and friends, even though the person at the end of their life would prefer otherwise.

In the worst cases, partners are left out of important care decisions and have no say in funeral arrangements. This can also lead to grieving partners being left with little or no bereavement support.

Like many heterosexual and cisgender people, LGBT patients may be looked after at home by a partner or family member. However, often they will choose to access palliative and end of life care much later than non-LGBT patients, or not at all, because of the various obstacles listed above.

Inevitably, this leads to increased pressure on the carer, both practically and emotionally, as their loved one’s condition worsens. Without effective support, both the patient and the carer can suffer through unnecessary stress and hardship.

There’s no simple solution to the problems facing LGBT people at the end of life, but understanding their unique needs is the first step in offering compassionate, supportive care. The Marie Curie report ends by recommending more training for hospital staff and care workers so they can meet patients’ needs, as well as ongoing discussions with the LGBT community to better understand those needs.

Additionally, everyone – not just LGBT people – should think about advance care planning, which allows you to have a say in how you would like to be looked after at the end of life. This should help ensure you spend your final days in the best way possible for you.