Cryogenics and the future of death 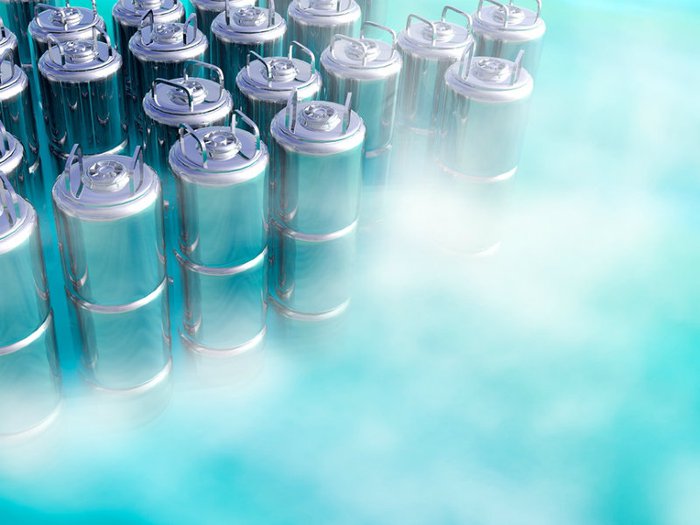 It may sound like the stuff of science fiction, but the story of a young girl who wanted to be cryogenically frozen has captured the world’s attention. Reactions to the story have undoubtedly been mixed; while some question the ethics of cryogenic preservation of the dead, others have been inspired to reserve their own space in a state-of-the-art freezing facility.

The 14-year-old girl, for legal reasons known only as JS, was suffering from a rare form of cancer from which she had no chance of recovering. Before her death, she made it known that she wanted to be cryogenically frozen, in the hope that one day, perhaps hundreds of years from now, she could be brought back to life and cured.

It seems that many Brits never realised that cryogenic preservation is an option – as now interest has spiked in the experimental procedure after JS’s story came to light.

According to Steve, cryogenics is seeing renewed interest thanks to the extensive media coverage of JS.

“Cyronics UK have seen a massive influx of inquiries since this case was highlighted in the news,” Steve says. “As people become more aware of it, it will take place more often.”

Cryogenics, sometimes called cryonics, is the practice of freezing someone after they die. Most commonly the procedure is used when the individual has died of an incurable disease, in the hope that in the future scientists will be able to successfully unfreeze and cure them.

Though it sounds like futuristic tech, cryo-preservation has actually been around for decades. The oldest preserved body is that of Dr. James Bedford, placed in full cryogenic suspension on 12 January 1967.

The process itself is complex and must be started as soon as possible to prevent the death of brain cells:

Steve and the team at RBI have experienced these complex procedures first hand. In recent years they have worked extensively with Cryonics UK, an emergency stand-by team which oversees the initial stages of cryo-preservation, and with cryogenic storage companies in the United States, such as the Cryonics Institute and Alcor.

“We send a team with Cryogenics UK to go out to their clients who have passed away,” explains Steve. “We help them perform the necessary functions in order to bring the body temperature down.

“We bring the deceased back to RBI’s premises and make sure their temperature is at a certain level. Then they’re repatriated to Arizona so full suspension can take place.”

Although RBI is an expert in repatriation, sending someone to America to be cryogenically frozen might count as unusual for some people. Not for Steve, though, who insists it is all part and parcel of caring for people after death in the way they would have wanted: “We’re here to carry out people’s wishes. It’s not for us to judge on whether it is morally right or wrong. As long as it is legal we will help them.”

If, like a lot of people who heard about JS’s story, you’re interested in cryo-preservation for yourself after you die, Rowland Brothers International may be able to help.

“We won’t advise people on whether it’s the right choice for them – that’s their business,” says Steve. “But we will tell people how to go about it, explain what the process is, and how to finance it. We can put them in touch with the companies who provide it.”

To find out more about choosing cryogenic preservation in the UK, visit Cryonics UK, or read more about the science behind the process.