Attend your own funeral – a new era in mourning? 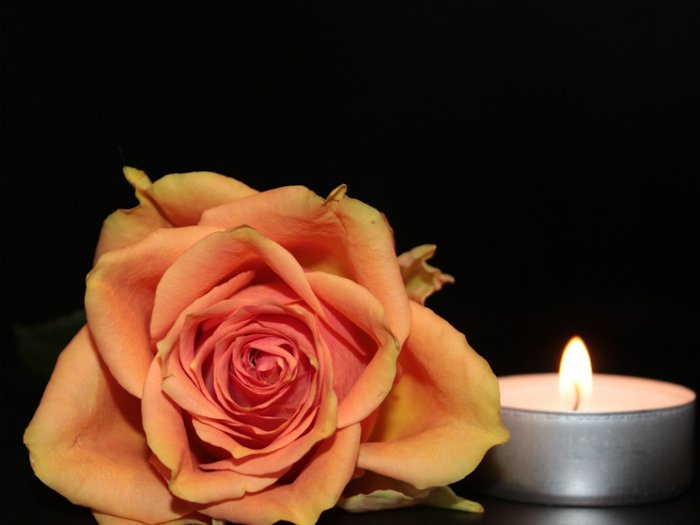 It’s important to fight the taboo around talking about death, and in some ways we’re starting to see change. More and more people across the UK are investing in funeral plans, but thinking ahead to the end of your life is still something most of us struggle to do.

There are some radical new trends that are starting to gain ground and make us re-think our attitude to death. In South Korea, for example, people are choosing to experience a ‘fake’ funeral for themselves in order to think more deeply about the reality of death and importance of life.

Known as living funeral therapy, it is based on the idea of a living funeral, where someone attends their own funeral before they die so that they may say goodbye to loved ones and celebrate their life.

The idea was first popularised by the memoir ‘Tuesdays with Morrie’, in which an aging and terminally ill professor, Morrie Schwartz, decides to have his funeral while he is still alive so that he can say goodbye to his loved ones in person.

The first recorded living funeral was for an Irish Catholic priest called Bob Ogle, who received his last rites shortly before undergoing brain surgery, and threw a party for around 80 friends.

Living funerals have gained popularity in recent years, although perhaps more so in theory than in practice. Many people like the idea of celebrating their life with all their friends in person, rather than waiting until after passing away, but a living funeral will probably still raise a few eyebrows.

In Western cultures the living funeral is most commonly held by those who are expecting to pass away soon, such as those with a serious illness. But in South Korea a pioneering type of therapy is encouraging people of all ages and circumstances to experience their own funeral as a means of appreciating life.

Living funeral therapy involves staging a funeral for an individual so that they may gain clarity about life and death. Under a therapist’s guidance, the person will write their own eulogy and participate in a funeral-like ceremony. During this ceremony, the participant is given time to lie down and silently meditate, reflecting upon their life and the end of it.

The idea of simulating your own funeral can provoke strong reactions. It seems ‘morbid’ to many, or in some way disrespectful – some have criticised it as egotistical. But these reactions highlight the fact we are still largely uncomfortable with discussing and planning our own funeral and would rather let it be dealt with by someone else.

Irvin D. Yalom in his book ‘Staring at the Sun: Overcoming the Terror of Death’ discusses how thinking about death and, specifically, our own death, can actually have positive consequences for our daily life:

“As I grow older, gazing at death has some positive results: I feel more poignancy, more vitality, in my life; death makes me live more in each moment – valuing and appreciating the sheer pleasure of awareness, of being alive.”

Nathan Heflick, psychology researcher at the University of Kent, also says that reliable scientific data is beginning to show the relationship between thinking about death and being less frightened by it. It can even combat symptoms of depression, some studies claim.

In a similar way, practitioners of living funeral therapy hope that participants will think more about death, find a greater appreciation for life, and not be afraid to think about their plans for the future. In South Korea this is being used to combat an increasingly stressed and depressed workforce; mega corporations like Samsung and Hyundai are actually providing living funeral therapy for their employees. Could such a therapy work for us here in the UK? And if so, what would it teach us?

This kind of therapy can have a profound effect on people because it encourages you to think about things that you may usually avoid thinking about. Though strides have been made in recent years, Western culture is still incredibly awkward around death. This means, as a society, we try to ignore it. Perhaps this unusual therapy could help us open up about what we want after we pass away, and even get us arranging our own funerals.

While living funeral therapy may seem extreme – and it may not be for everyone – it might be one way for us to start considering our options and make plans that will help our loved ones after we are gone. Even something as simple as a funeral plan can be an important step.

‘Thinking about death can make you appreciate life more’, The Conversation, Nathan Heflick, 2014

‘Staring at the Sun: Overcoming the Terror of Death’, Irvin D. Yalom, 2008