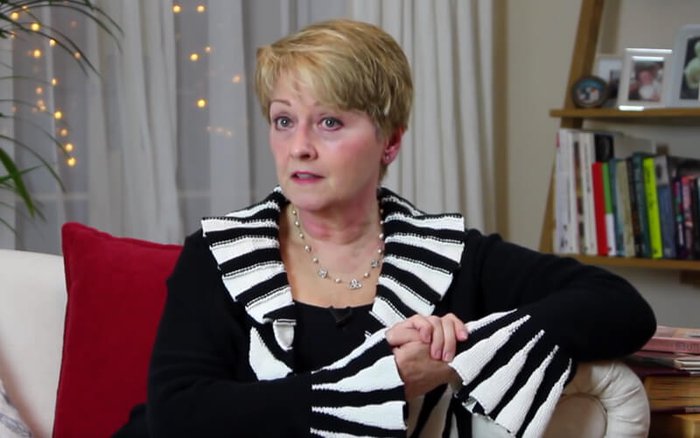 Broadcaster and newspaper columnist Anne Diamond touched hearts this week, in a moving video reflecting on the legacy of her adored baby son Sebastian’s death.

This week marks the 25th anniversary of the former Good Morning Britain star’s life-saving Back to Sleep campaign launch in the weeks after four and a half-month-old Sebastian died from Sudden Infant Death Syndrome (SIDS). Looking back, Anne said she could hardly believe that 25 years had passed since her campaign began, with 85% fewer cot deaths now occurring every year.

“His sudden death made huge news and prompted a massive debate: ‘What is cot death?’” she said.

Scientists are still researching the causes behind the unexplained infant and toddler deaths that heartbreakingly still happen today. But in 1991, Anne uncovered findings that suggested putting babies on their backs to sleep was safer than laying them on their tummies – contradicting the advice of most health and baby experts in those days.

Using her celebrity status to generate huge publicity for her Back to Sleep campaign, Anne eventually prompted step-change at government level to advise all parents to lay their babies down to sleep on their backs. “You had to get every parent in Britain sitting up and listening,” said Anne, who believes that Sebastian would still be alive today, if she had known the truth sooner.

“They’d been campaigning in New Zealand for six months before Sebastian died. At times, I’m strong enough to be philosophical, shrug my shoulders and not look back with bitterness.” Today, the NHS advises all parents to place their babies to sleep on their backs, a guideline also endorsed by cot death charity The Lullaby Trust.

Although research is still ongoing into the unexplained circumstances surrounding many sudden infant deaths, around 2,500 babies and toddlers were dying in 1991, the same year that Sebastian passed away. “The day it happened to me, there were probably four or five other households where exactly the same tragedy happened,” said Anne, who dedicated her BBC Radio Berkshire radio programme on Monday to Sebastian’s Story.

Today, according to the Lullaby Trust, around 250 infants are lost to SIDS every year and research into reducing that number further still, continues.

Anne was still in the very early stages of bereavement when she began her Back to Sleep campaign. Yet viewers saw her eyes mist over during an episode of Loose Women recently, when she talked about her baby boy. Speaking from the heart in the video launched to coincide with the Back to Sleep campaign’s anniversary she said: “I didn’t do anything to do with this cot death campaign for any other reason than to try and get my baby back.”

Unafraid to – very publicly- wear her heart on her sleeve, she continues to raise awareness of what parents who lose a child go through and a more universal understanding of their enduring sorrow. “It never leaves you,” she told Loose Women viewers, as she looked back on Sebastian’s death. “But it’s wonderful to talk about him, because it makes him real. And he is real.”