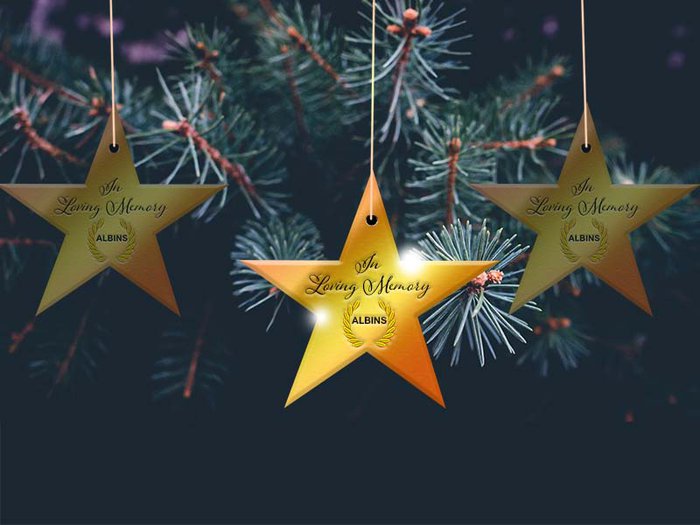 You can find the magic of Christmas in some unexpected places, although a funeral home may not be the first place you’d think to look. Yet every December, around 2,000 people come together around funeral directors FA Albin & Sons’ Christmas tree, to sing carols and think about those they love and miss. 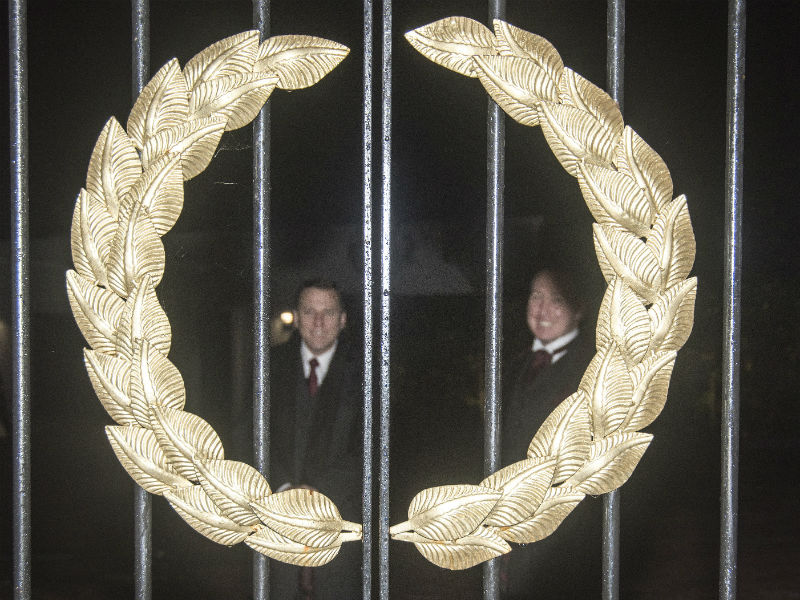 There are lots of smiles, friendships forged – and even fireworks. It’s pretty much guaranteed too, that before this very special event in London’s Bermondsey is even halfway through, there’ll be tears streaming down your face. It really is a night to remember. 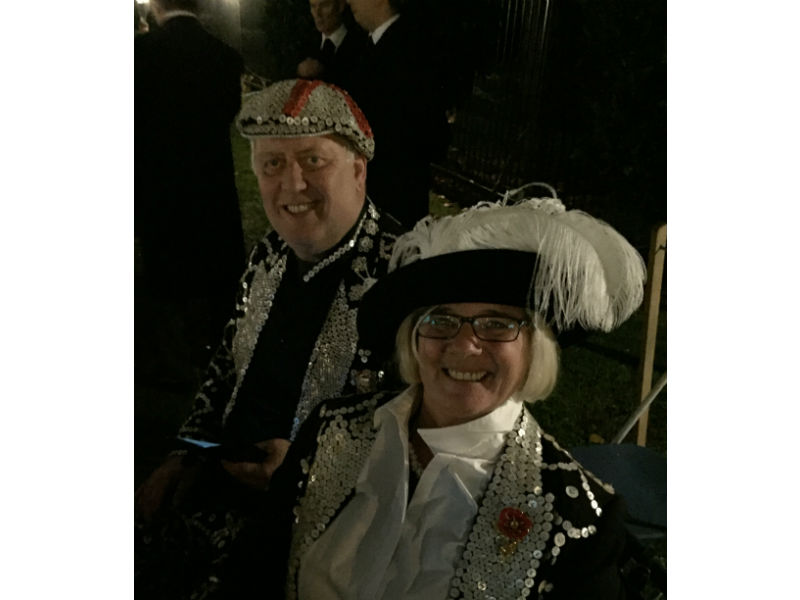 “There’s not enough of everyone coming together like this,” says Michelle Thorpe.

She’s the reigning Pearly Queen of nearby Rotherhithe and director of UK Homes 4 Heroes, a charity that supports and finds accommodation for homeless Forces veterans.

“It’s nice that you can come down and remember your loved ones – not that you ever forget them,” she says. 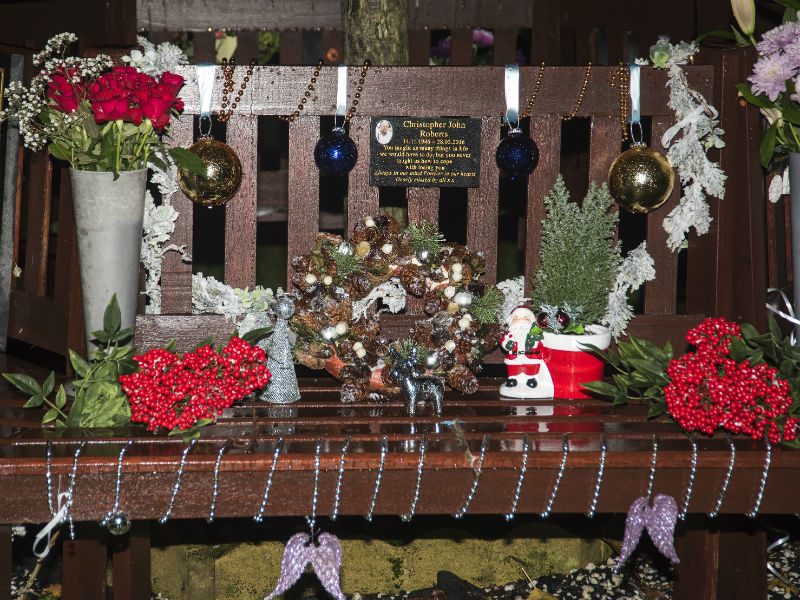 In 2019, the family-run funeral directors will hold its twentieth annual service, and the preparations have already begun. Every single member of the company is involved, and gives up their own time to make it special. 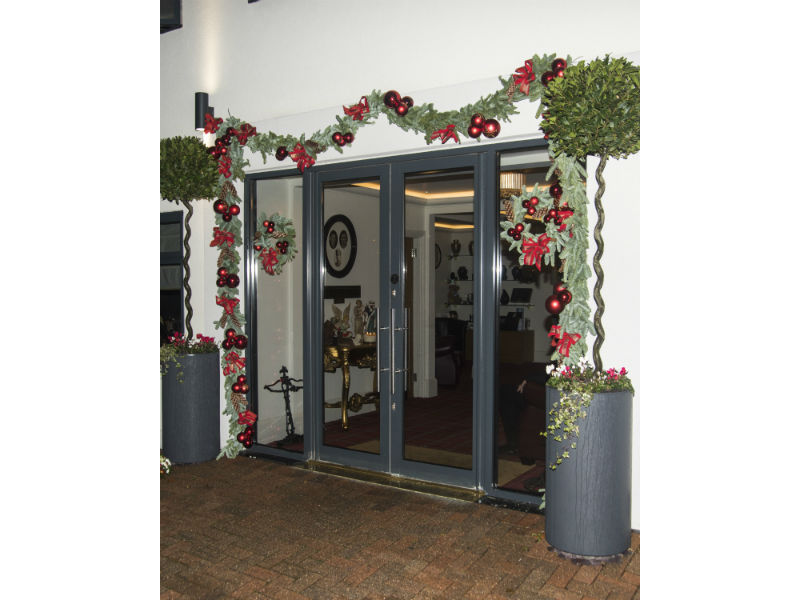 People from all walks of life attend, with celebrants and ministers from across the local faith community taking part in the events which include warm words of welcome, solemn ritual, poems, memories, music, light, laughter and pause for thought.

There are representatives, too, from the Armed Forces, as Albins has repatriated so many service members killed overseas, bringing them home for their funeral with respect and dignity. 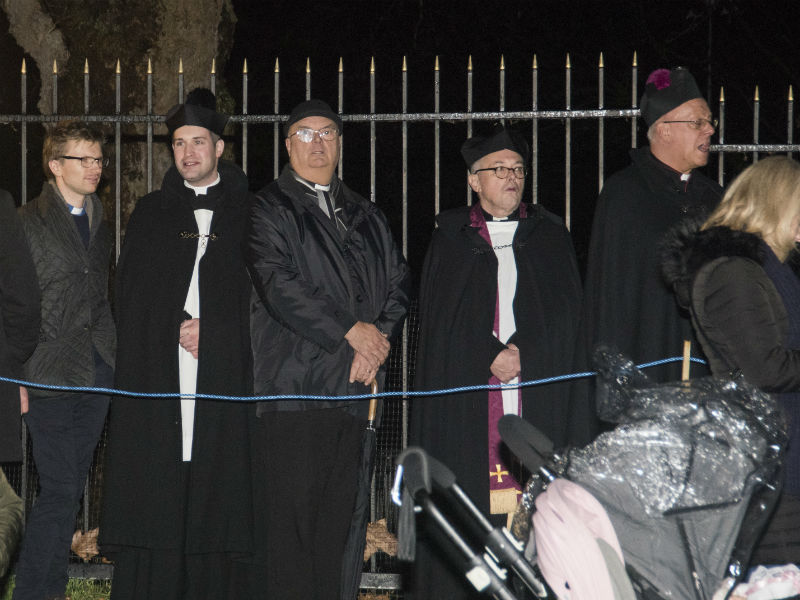 Simon Dyer, who runs Albins with his brother Jon, says it’s pretty hard to describe the atmosphere that brings hundreds of people to their memorial garden every year – “you really have to experience it,” he says.

“It’s not just a memorial service, but a unique occasion. People are here to enjoy it, but it’s also very, very emotional. What’s so special is that everyone comes together to remember people they loved.” 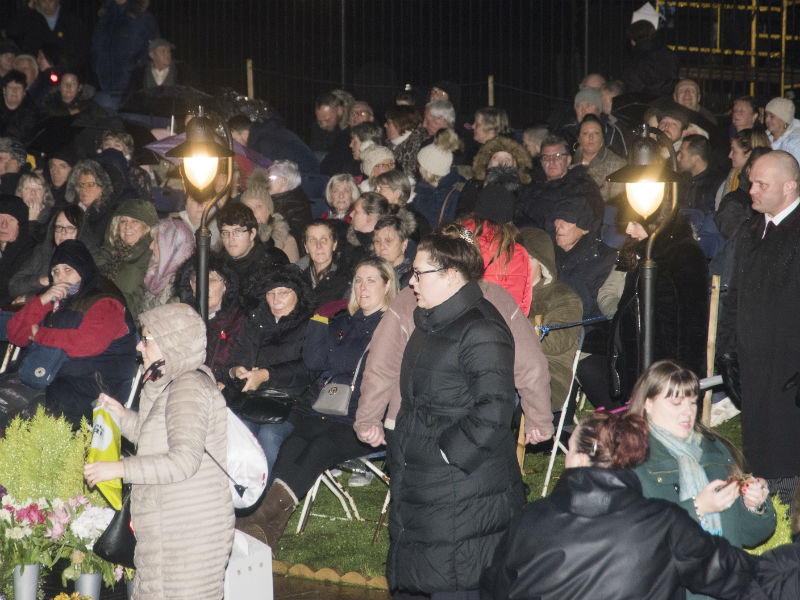 For the Albins team, the annual Christmas memorial is a chance for the funeral home to devote their own time giving back to its local community, as well as remember loved ones and colleagues of their own who have died. 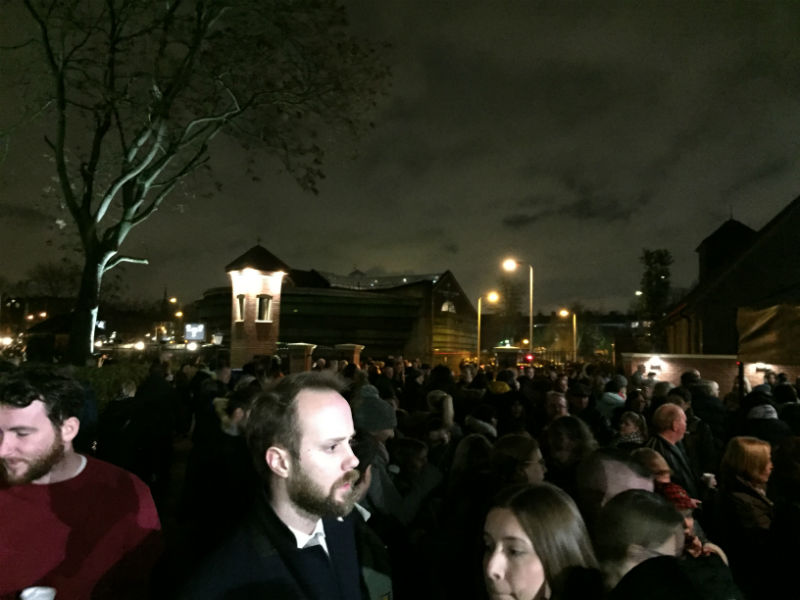 An hour before the service begins, Elaine James, who manages the funeral directors’ Deptford branch, is keeping her eye on two vast pots of homemade soup that are simmering in the basement kitchen.

She and her husband have also baked 1,000 mince pies and 750 portions of bread pudding, as well as an evening meal for 120 staff and invited guests. 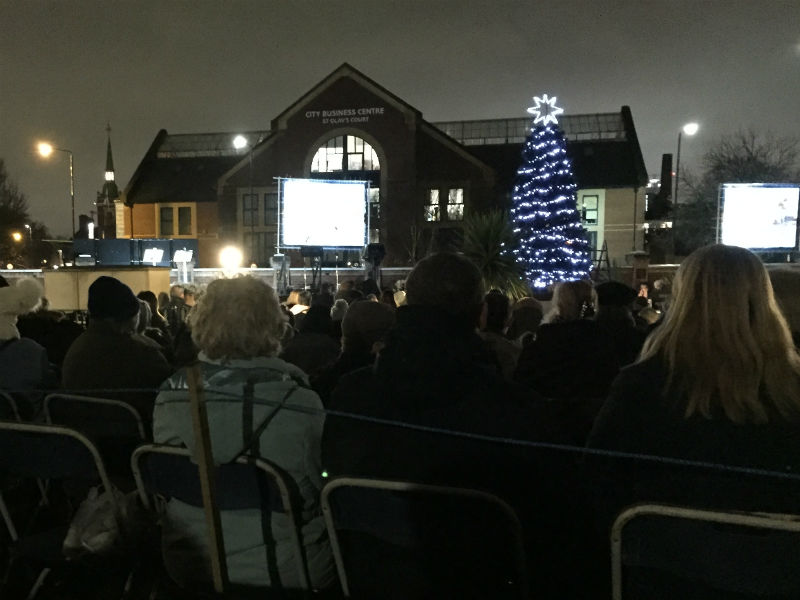 Among the VIPs is Angela, the guest of Michael Thorpe, who looks after local families at Albins’ Sidcup branch. Angela’s husband died very suddenly not long before Christmas in 2017 and she has no family here in the UK. Michael arranged the funeral and the pair have become firm friends.

Her husband, she confides, had hated attending funerals until they attended a funeral arranged by Albins. So that’s how she chose them to arrange his funeral – and they helped her through an incredibly difficult time. Now, she regularly pops in to Albins for coffee and is welcomed with a warmth that feels like family. 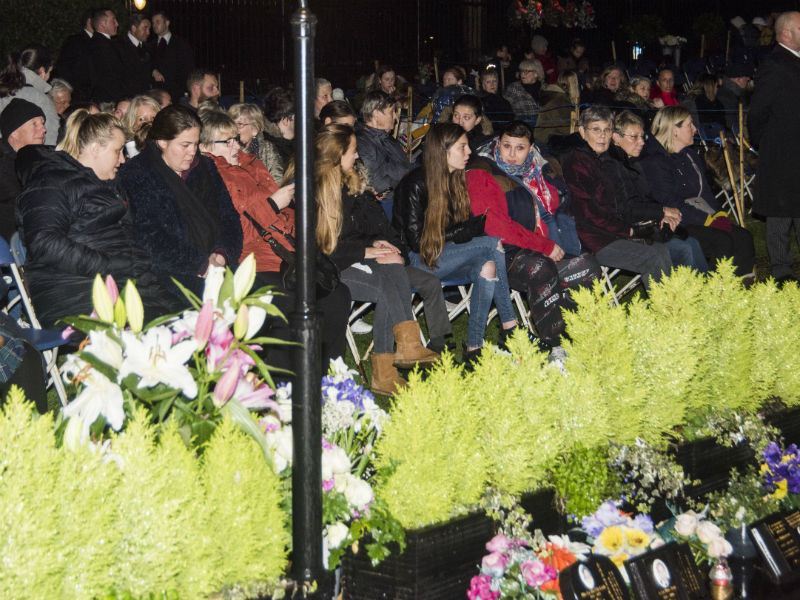 “Families come together and some find it hard, especially if their loss was recent,” says Simon.

“But people just love it – and get to know each other through it.”

The outdoor memorial service takes place in Albins’ memorial garden on the first Wednesday of every December – whatever the weather. 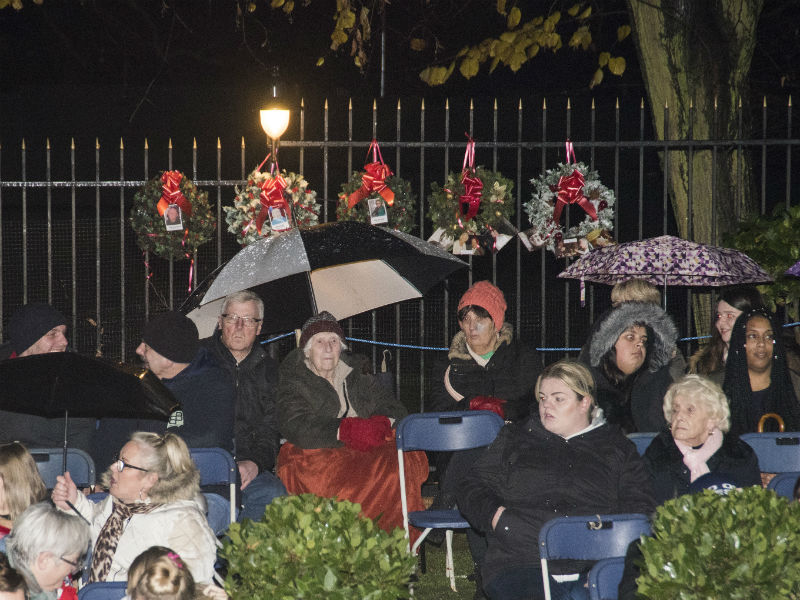 “We’ve sat here, freezing cold and soaking wet,” says one lady who’s attended the service for the past seven years in memory of her mum.

“But this is so special to me, because I don’t do anything else. Everyone’s here for someone and it’s done with such dignity. If I missed it, I’d be very upset.”

The service begins with warm words from Jon and Simon, reflecting on the shared act of remembrance for family and friends who will be always loved and forever missed. 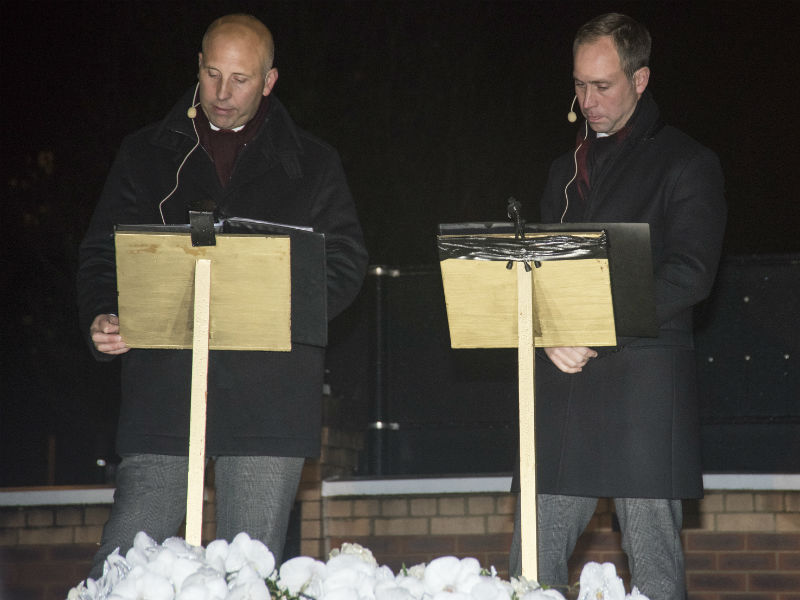 “But the greatest strength we get, is from love.”

All is hushed as the service’s solemn ritual begins. Led by two funeral directors each holding a single rose, a procession of ministers accompanies six pallbearers shouldering a wooden chest. 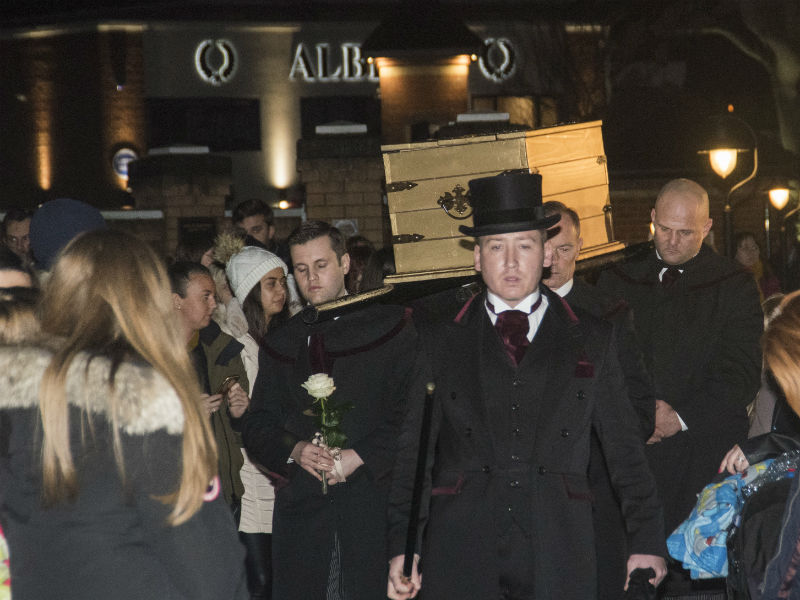 This is the ceremonial ark, inside which are the ashes of thousands of paper stars. Later on in the service, people will write a special message to a loved one on a golden star, which will become part of a garland of memories on Albins’ Christmas tree.

On Twelfth Night, when Christmas decorations are traditionally taken down, they will be burned and added to the ashes in the ark, to become a perpetual part of this moving act of remembrance. 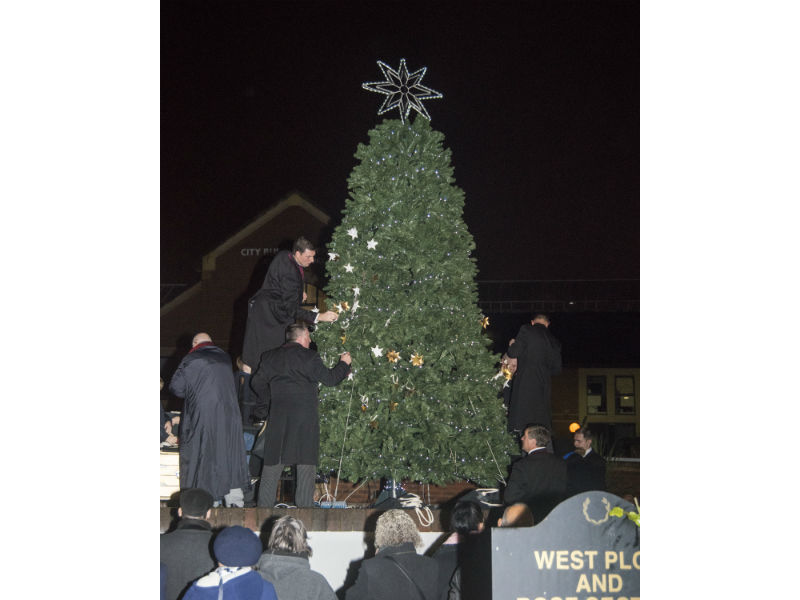 There are many beautiful and deeply emotional elements to this ceremony. Soprano funeral singer Jay Britton and tenor Yuri Sabatini lead carols, as ministers and celebrants offer words of comfort and reflection. Jon and Simon’s youngest children take turns to read aloud a touching poem, Christmas in Heaven. 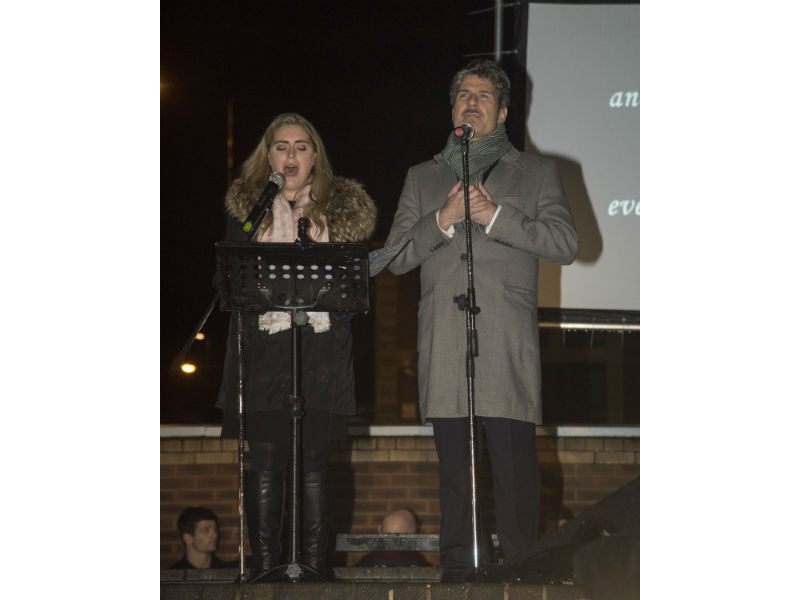 As music plays, everyone is invited to pass their golden stars forward, from person to person and they are strung together to form a single unbroken garland on the Christmas tree.

White doves are released and fan their wings, and while people are still wiping tears away, a spectacular shower of fireworks begins. It’s clear that as people gather in the courtyard for Elaine’s hot soup and mince pies, that they are still feeling reflective in the warmth of this amazing service’s afterglow. 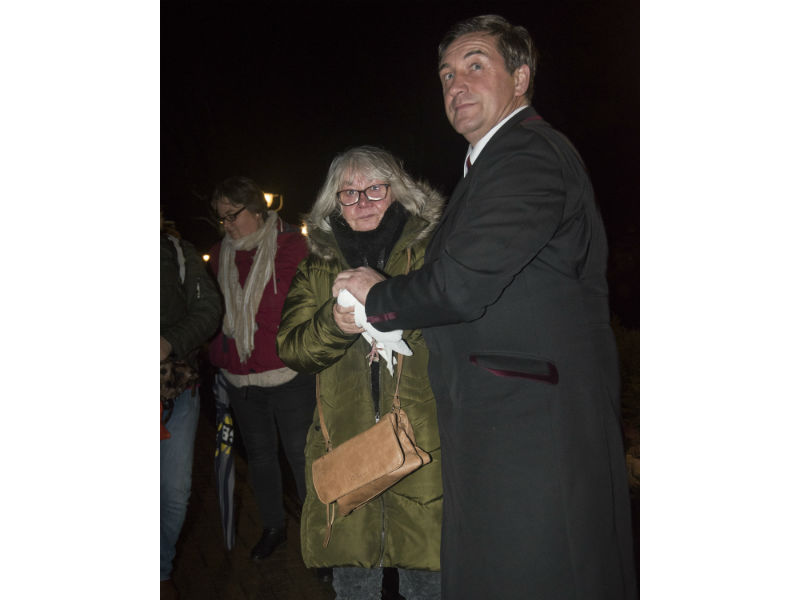 For one local woman, who is not a churchgoer, joining in the carols helped her feel connected to her late mum, who held her faith dear. “I can imagine her singing along,” she smiles.

Others say it makes one of the hardest times of year with someone you loved no longer here, a little easier. It’s a chance to openly acknowledge a heartache that never goes away. 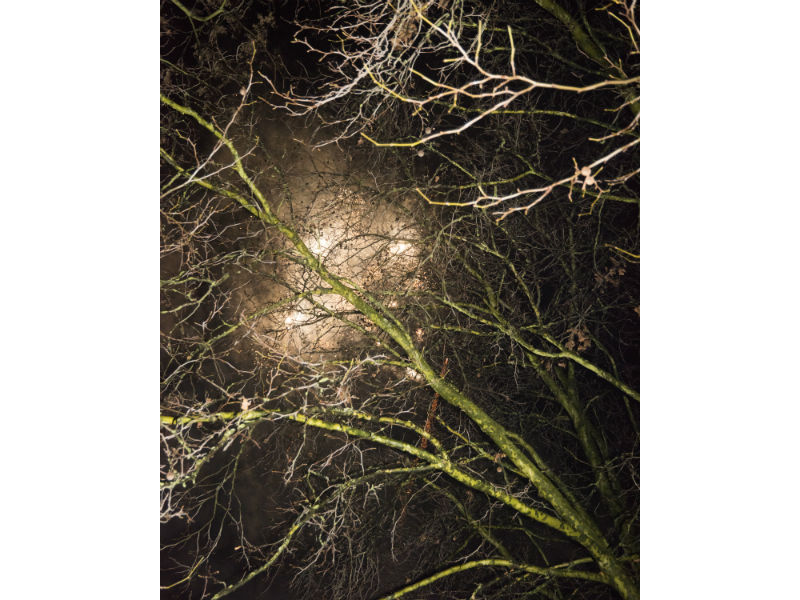 When someone that we love dies, we will never forget them. This special occasion for remembrance is a moving and magical evening, dedicated especially to their memory.