A right to know: Helping people with a learning disability to grieve 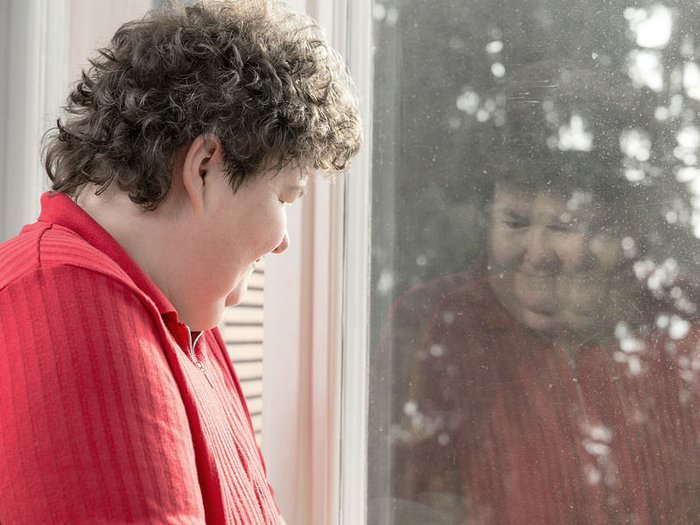 “It is my firm belief everyone has a right to know when someone close to them dies,” says Sue Read.

Sue, who is professor of Learning Disability Nursing at Keele University in Staffordshire has been supporting people with a learning disability for more than 40 years.

If death and bereavement are taboo subjects in mainstream society it’s nothing, she says, to how people with a learning disability can be marginalised or isolated from sad or sensitive situations that can often help people to begin to process grief in a constructive way.

Some people with a learning disability may be excluded from a loved one’s funeral, while Sue has met others who were only told much later that someone significant in their life had died.

Many of these resources are also aimed at educating parents, family and carers, who may believe they are shielding people from heartbreak, or perhaps have made a judgement call on someone’s capacity to understand the concepts of death and bereavement.

“People need to understand that people with a learning disability not only have a right to be told when somebody dies, but a need to process their grief,” she says.

She later trained to become a registered nurse and went on to do a PhD, focused around developing counselling and support services specifically for people with a learning disability.

Sue has been at the vanguard of identifying and championing the needs of people with learning disabilities for many years. A big part of that has been educating and raising awareness within a wider society of these needs – and rights.

At the beginning of Sue’s career in the 70s, many people with a learning disability were living in institutions, although most still lived at home with parents. Today, better and more flexible provision of care means people can be supported to be at home with their families, or can choose to live independently.

Yet more can – and must – be done, she says, to ensure people with a learning disability are involved in life-changing events, including being a part of a loved one’s death.

This, she explains, could be through an informal, honest and reassuring conversation with someone they trust. Or it could be by creating memory books or boxes that people can turn to, look at and touch, when they can’t express in words exactly how they might be feeling.

A need to grieve together

Sue has met many bereaved people along her professional journey. Sadly, she’s met people living away from family who were only informed a decade later that someone significant had died.

“This means,” she says, “that the person begins to grieve long after everyone else they could have shared their grief with, and mourning has been delayed. The social context remains crucial at a time of grief.”

Sue is a proponent of psychologist Dr William Worden’s four-task model of grieving. It suggests we need to accept the loss, work through the pain of grief, and learn to live in a world in which loved ones are no longer a part, while simultaneously finding ways to remember people in ways that are tangible and meaningful. This could include using photographs of the person who has died, drawings or other memorabilia.

When society doesn’t acknowledge someone’s sorrow, or circumstances prevent people from expressing their sadness in a way that is meaningful to them, this is known as disenfranchised grief.

One client Sue remembers had difficulties in communicating. He had begun expressing his frustration in ways that the people caring for him found challenging.

Then, a carer remembered that the man used to have a sister, who had died several years ago. Talking with him over months and literally sketching out his story by drawing pictures prompting memories, Sue found out that the two siblings had lived together and that the man had been with his sister, who also had a learning disability, when she died.

Although the man had been found a new care home and was physically cared for, he had not received the support he needed throughout his overwhelming loss. Sue helped track down the cemetery where his sister had been buried, in the hope that visiting her grave would help him process his grief and provide some sort of closure.

“We were preparing for the visit by drawing pictures of the death scene,” explains Sue.

“I absentmindedly drew a picture of a chest of drawers with a vase of flowers on top, next to the bed. He gently put his hand on my arm and said: ‘No, the flowers weren’t there. She kept knocking them off with her arm, so we moved them over by the door.’

“Bad news stays with many people for many years, even if you have a learning disability.”

When they later visited the cemetery, they found that the man's sister’s grave had no formal marker, but a mass of yellow tea roses were in bloom.

“We weren’t sure if it would work, as he didn’t look too upset,” says Sue, who has experienced many similarly poignant experiences during her career.

“But as we turned to leave, he bent down and picked out a yellow rose and gave it to me, saying: ‘In case you forget where she is buried.’

“Some people may not be able to articulate powerful feelings, but sad memories stay with people for a long time.”

Sue’s work also takes her to medium secure environments, where grief can be an overwhelming struggle for people with a learning disability who may also have a mental health condition too.

“It’s a very difficult environment,” she says. “Every door is locked. You talk about what it is to lose someone – but they’ve already lost many things in so many different respects.”

The team Sue leads at Keele University has developed resources including a dedicated website, Access to Learning Disability Healthcare, packed with guidance to help those supporting people with a learning disability or difficulties in communicating, through loss, end of life issues and grief.

Among them is a free app called picTTalk (available on both the website and through apple App stores). PicTTalk uses words and pictograms to help people communicate their feelings, share stories and have conversations about loss and change.

“The app has been purposely designed by working in co-production with people with learning disabilities who helped design the images used throughout the app,” she explains.

“You can use them with or without words and link them together to create simple but powerful stories.”

The app not only supports people through grief, but can be used to explore pre-bereavement topics, including preparing for their own death when they are very ill. The app is also currently being piloted at three hospices, to see where it could potentially help any near-death patient to communicate with loved ones at the end.

Supporting a person with a life limiting condition through to the end of their life, explains Sue, is another area she has been involved with.

“We’ve been campaigning for years for hospices to open their doors to people with a learning disability,” she says, “but it’s only been in the past five to ten years it’s begun to happen in earnest. In the past, if you lived in residential care, then you automatically died in the home, often without any specialised palliative care or support from hospice workers.”

Sue is the proud chair of the Board of Trustees at Stoke-on-Trent’s Donna Louise Trust, which provides end of life care and support for children with life limiting conditions. Singer Robbie Williams is a patron of the charity.

It can be hard for all of us to find the words to express how we feel when someone dies, or to comfort someone who is grieving. No one’s journey through grief is exactly the same, but there are lessons for all of us in understanding that we can’t assume “they wouldn’t understand.”

“People with a learning disability can teach us so much about how to support them,” says Sue, “but we have to start talking about sensitive topics with them in order for them to tell us.