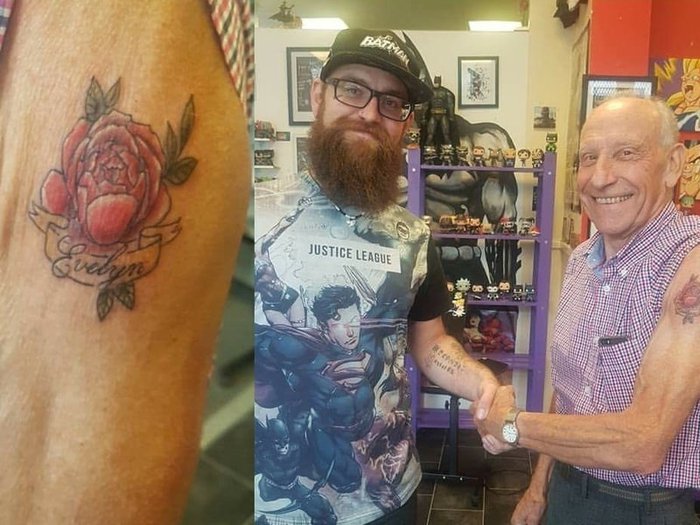 Photo from Gods of Ink

“You do get quite involved. It’s hard not to when you hear some of the stories that we are dealing with,” says tattoo artist Rob Cox.

Getting inked is becoming an increasingly meaningful modern rite for remembering loved ones, but Gloucester studio Gods of Ink is one of very few in the UK to create custom tattoos with cremation ashes.

While its cremation tattoos have made newspaper headlines, it’s a service that the team provide with sensitivity and discretion.

The studio’s bereaved clients range from young mums, to people widowed after a lifetime with their spouse. An 81-year old man recently commemorated his late wife with his first ever tattoo – infused with her cremation ashes – while the studio also welcomed a family group from France.

“We don’t advertise it commercially,” says Rob, who has managed the studio for eight years. “Macabre as it may seem to some, it’s very popular.” 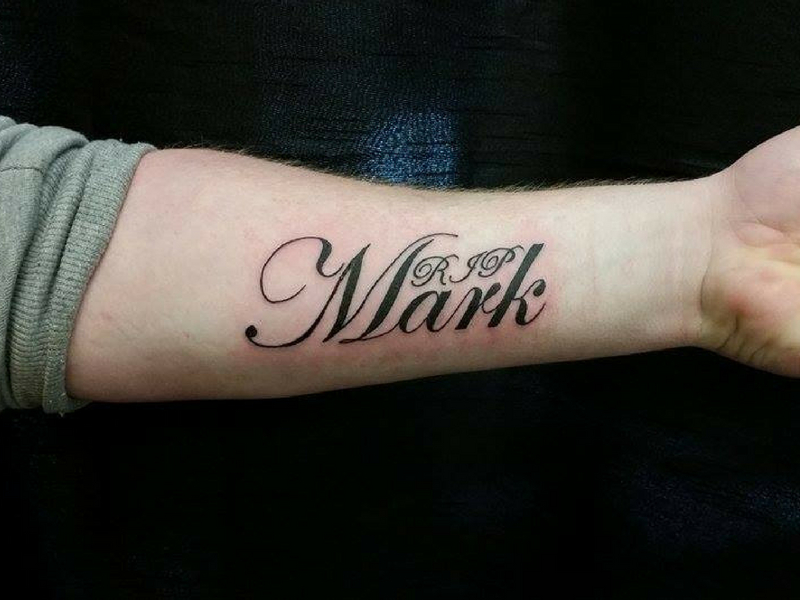 Picture via Gods of Ink/Facebook

The memorial tattoo service at Gods of Ink began nine years ago, when Rob’s boss and studio owner Mark Richmond was working through his own bereavement, following the death of his son Ayden in 2009.

“Mark and his wife Lisa sadly lost their baby boy and when they heard about cremation tattoos they were very keen to explore the idea,” says Rob.

“Mark checked that the process was scientifically and medically safe. All the advice and information that came back was that cremation ashes are pure carbon – and sterile. As long as the preparation has been done correctly there’s no possibility of contamination.

“After doing their research, they decided, with Mark being a tattooist, that he would tattoo Lisa with their baby’s ashes. I think they were the first in the UK to actually adopt it.” 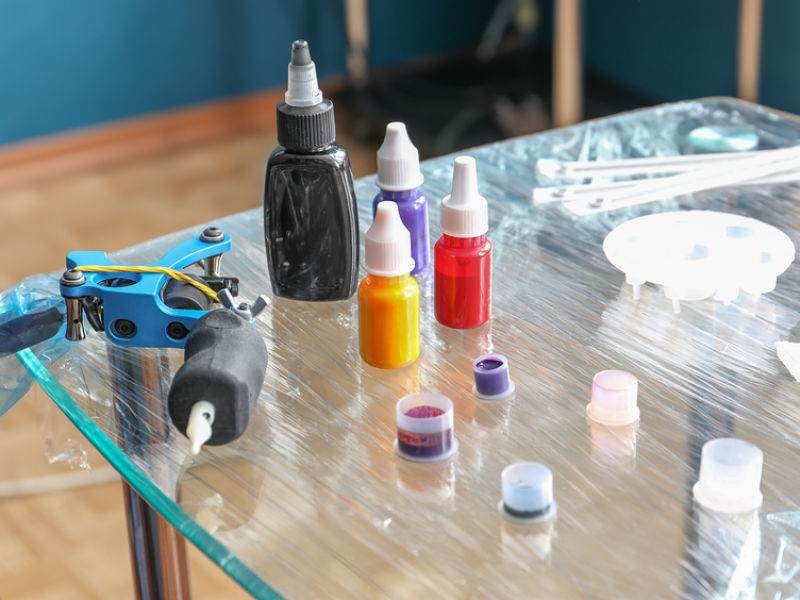 Gods of Ink currently has five experienced artists working in its Gloucester studio. For new starters, creating cremation tattoos is a matter of personal choice they are under no pressure to offer clients. The studio has also established guidelines for responding to emotional situations with a calm compassion.

“Emotions can run high so it’s important to know how to deal with it,” says Rob.

“When artists first start doing the cremation tattoos, I usually sit in with them for the first two or three. Just to be that cushion for them to bounce off. The lads do get quite involved with it, and it’s hard not to, when you hear some of the stories that we are dealing with.”

Rob says that creating cremation tattoos can be a humbling and deeply moving experience for the artists involved in the process.

“You have some very poignant moments and we take it very seriously.

“We had a lady from Glasgow last week who lost her husband in a motorcycle accident and we get a lot of mums whose babies were stillborn. Some of the nurses on the wards will actually say are you aware that you can do this...? We’ve had a couple of recommendations by the nurses through the NHS. 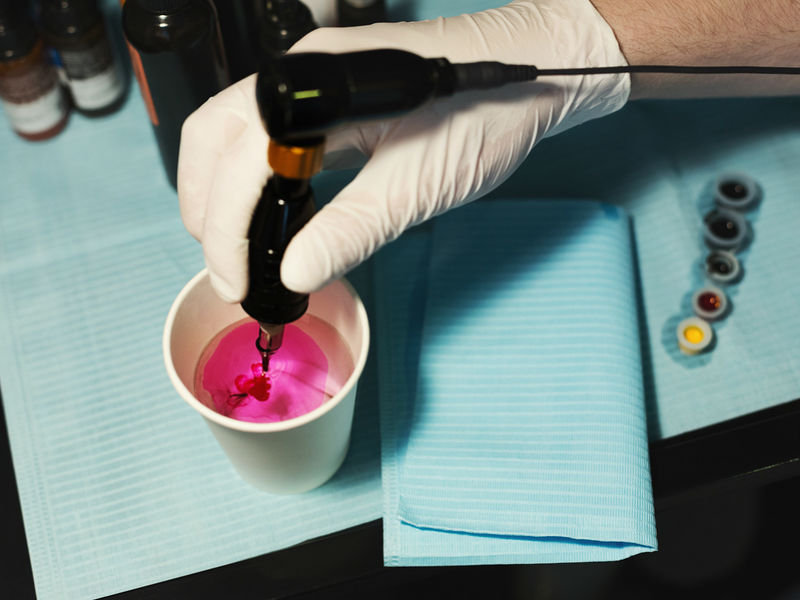 “You will walk with me forever is our motto.

“For some people, it is part of their journey through grief and allows them to go on. It’s a transitional thing you are helping somebody with – and we want to make the journey as easy as we can for them.

Bearing witness to bereaved clients has convinced Rob that cremation tattoos can be a healing and reassuring part of the grieving process – albeit a deeply personal one.

“It’s something I wouldn’t have considered six years ago for myself, but I certainly would now,” he says.

“It’s changed my opinion. When you take part in the stories and the journeys and you’re closer than you’ll ever be, your opinion changes very quickly.”