What To Take to a Funeral? 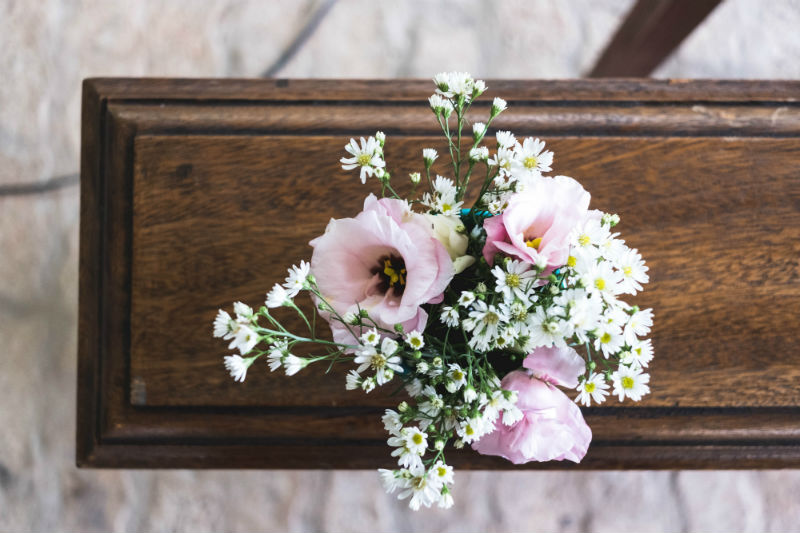 Photo by Mayron Oliveira on Unsplash

Unlike many other life celebrations, a funeral is an occasion when you’re not usually expected to bring anything more than yourself, however, there are some thoughtful things – and a few useful items – you might want to consider bringing.

What should I take to a funeral?

Here’s a useful checklist of what to take to a funeral – and the optional items you might also want to bring to a memorial service or wake.

– Tissues or a clean handkerchief. It’s quite usual to shed tears at a funeral, or even during a more upbeat celebration of life.

– An umbrella. Whether you’re attending a graveside service or a woodland burial, don’t forget to take an umbrella to the funeral, so that your focus will be on the ceremony, whatever the weather. Cagoules and waterproofs are not your typical funeral wear, so an umbrella will shelter you from the elements, while dressed appropriately. It’s typical to bring a dark umbrella to a funeral, although a bright umbrella with fancy patterns may be appropriate for a more colourful celebration of life.

You could also consider bringing a brolly for shade, if you’re attending a green burial or an outdoor memorial on a sunny day.

– Sunglasses. Useful to avoid glare on sunny days, you may also want to take sunglasses to wear after an emotional funeral and to protect reddened eyes.

– A spare pair of shoes. If you’ve worn heels to a funeral service, but are attending a graveside committal, it’s sensible to bring a pair of flats – as cemeteries grounds can often be muddy, or heels can sink into the grass.

Depending on the funeral dress code, it may even be wise – or even de rigeur to bring wellies to a green funeral or don walking boots for a woodland burial which might involve a trek over open fields to get to the burial site.

– A friend. If you’re feeling anxious about the funeral, then you could bring a friend to a funeral that’s going to be deeply emotional. Unless it’s been said that the funeral is a very small and private occasion, then a friend who will sit respectfully with you during the service – even if they don’t know the person who has died – could be a welcome support.

– A sympathy card or gift Bring a card or letter to the funeral with kind words about the person who has died and expressing your condolences to the family. If you’re not attending the wake, you could hand this to the funeral director at the end of the service to pass on to the family. A funeral reception may have a table for cards, flowers or sympathy gifts.

Should I take flowers or money to a funeral?

– Money for the collection. It’s typical to invite mourners to contribute to a collection at the end of a funeral or memorial service. Making a donation in lieu of flowers is something that bereaved families suggest to mourners, with the money going to a charity or hospice that supported them and the person who has died. Whether it’s a few coins, or a few bank notes, a little cash is among the things to take to a funeral.

– Flowers. If a family has not politely requested that mourners do not bring funeral flowers, then these can be a thoughtful thing to bring to a funeral. Flowers for a funeral and wreaths are usually accompanied by a sympathy card in memory of the person who has died. Sympathy flowers, a gift to the bereaved family are usually sent to them at home or via the funeral director. Our full guide to funeral flowers is an excellent place to find more information on the matter.

What should I bring to a wake?

A wake or funeral reception is generally held after a funeral or memorial. If you want some in depth look into setting one up, our guide to wakes is a great place to start.

Refreshments are usually provided at a funeral reception, but it may be appropriate to bring food to a funeral wake held at home, or to a more informal celebration of life.

For more ideas on what to take to a funeral, read our blog on alternative sympathy gifts for bereaved family and friends.