A Guide to Funeral Flower Etiquette

All you need to know about arranging floral tributes for a funeral, when it’s appropriate to send flowers, or make a donation instead 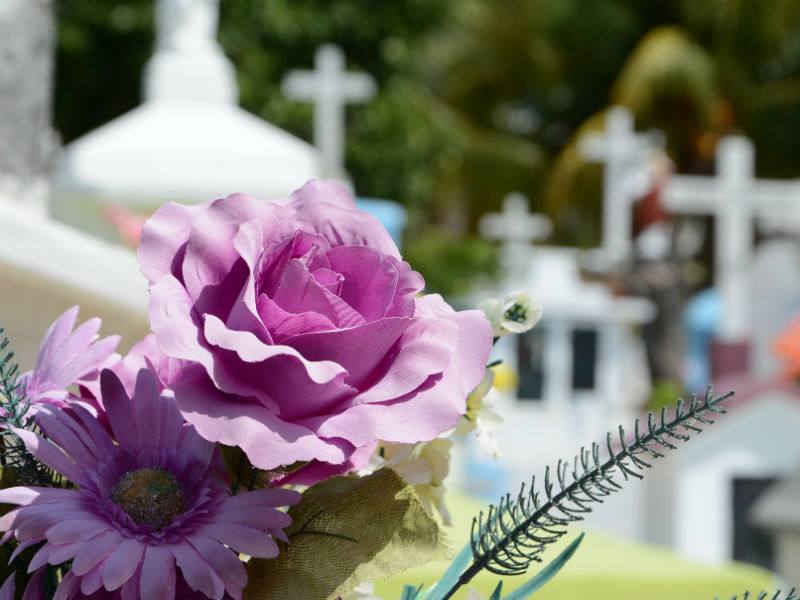 Image by vlanka from Pixabay

Some funerals can involve an abundance of flowers, wreaths and floral tributes, while at others the flowers are kept to a simple funeral spray of flowers on the coffin or casket.

So who should send flowers – and where – and what’s the etiquette around tributes, wreaths, sympathy messages? Should you simply send a donation to charity instead?

Often, the obituary can help inform us whether to send funeral flowers or sympathy flowers to the immediately bereaved family – or whether they have expressed a wish that the money you might have spent on a floral tribute helps a good cause, such as a local hospice.

In this guide to funeral flower etiquette, we take a look at the sympathy gestures that may be most appropriate.

Do immediate family members send flowers to a funeral?

Anyone can send flowers for a funeral – and it’s a thoughtful gesture – unless the bereaved family has said that they would prefer donations, or some other tribute in lieu.

If there is only to be one floral tribute at a funeral, it’s usual for this to be a coffin spray arranged for by the immediate family – a tied floral arrangement which is placed on the closed casket.

Close family members or the person arranging the funeral are usually supported by the funeral director to arrange for this, via a good local florist.

Sometimes, individual family members like to arrange for their own flowers, too. These may include a wreath from a spouse and flowers from children and family-within-family groups, too. They may order these family tributes through the funeral director, or directly from a florist and have them sent to the funeral home.

It’s often the closest family members who choose for floral tributes that spell out a name – Nan is a popular funeral flower tribute from grandchildren – or a floral tribute may symbolise something that was close to the person’s heart – such as a football club logo, butterfly or heart.

The person who is arranging the funeral can decide on which floral tributes will accompany the person who has died in the hearse – usually these are the flowers from close family.

Funeral flower etiquette for grandchildren, children, siblings, parents or spouses is usually quite straightforward – do what you feel is right.

If the person who has arranged the funeral expressly requested no flowers but it means a lot to send them, a good funeral director will discreetly know what to do. The flowers, for instance, may be arranged somewhere outside the funeral venue, on a terrace or porch.

Is it okay to bring flowers to a funeral?

It’s usual funeral flower etiquette for flowers to be sent to the bereaved via the funeral director. You’ll usually find directions on the obituary.

If you wish for the flowers to be included in the funeral, make sure that you have ordered your flowers at least 48 hours before the funeral is due to take place.

If the person is being buried, the flowers will be brought by the funeral director to be be placed on the grave.

The funeral’s not a great time to proffer a bunch of flowers directly into to the bereaved person’s hands, but sympathy flowers – intended to express I’m so sorry for your loss – can be sent to them at home, with a thoughtful note.

You can send sympathy flowers before the funeral, or to express that you are thinking of someone in the very difficult days and weeks after the funeral when they may feel very alone.

What happens to funeral flowers after a cremation?

If you’ve sent flowers to a cremation funeral, the bereaved family may choose to take some of the flowers home, or distribute them among family and friends.

There is often a designated area where wreaths and letter tributes are displayed for a week or so after the funeral. After this period of time, crematoria and cemeteries usually dispose of funeral flowers – which are usually composted – unless the family is already visiting and refreshing the flowers on a loved one’s grave.

Personal funeral flowers may be taken down after a cremation service and are sometimes donated to a hospices and charities, while families sometimes also request that surplus bouquets are passed on this way. You may wish to keep the message cards and notes, to look back on and read when you feel the time is right.

After the funeral, this would be placed in a glass dome and displayed at home. Funeral flowers can be pressed, or carefully preserved to keep their shape and colour and then framed. There are specialists that can do this for you. Alternatively a single flower or bud might be preserved in glass – as a paperweight or memorial pendant.

How much should you spend on flowers for a funeral?

The cost of funeral flowers can vary, and on average, you may expect to pay anything between £40 and almost £300 for a family wreath, coffin spray or personalised funeral flower display.

If you are sending flowers, for a funeral or in sympathy, rather than a wreath, you can expect to pay a similar amount that you would for a regular bouquet. The cost will depend on the flowers that you choose.

It’s good etiquette to accede to a family’s expressed wish for charitable donations in lieu of funeral flowers, if this is what they want. They may have a link to a fundraising page on their loved one’s obituary, or details of how donations can be made via the funeral director.

The order of service may also include details of a charitable collection and this is usually done after the funeral service.

What are the traditional types of funeral flowers?

Lilies, roses and chrysanthemums are among the flowers most often to be seen in a funeral wreath or spray, while vivid gerbera, delicate gypsophila, marigolds and carnations.

Discover more about the most popular funeral flowers – or learn about the language of flowers that can give a wreath extra meaning.

Wreaths These are the flower tributes that are most typically associated with funerals. They are circular in shape and are suitable for sending directly to a funeral whether you are family or a friend.

Funeral crosses Funeral crosses are traditionally sent by family or close friends. They are available in a range of colours and styles from most florists.

Posies A posy of flowers is suitable for any mourner to send to either the funeral, or to the home of the person who has died. These are a circular shape, arranged so that the flowers can be viewed easily from all angles. They can be made in modern or traditional styles.

Tied sheaf A tied sheaf looks very similar to a normal flower bouquet. The plastic that would usually surround the bouquet has been removed and the flowers are tied with pretty twine or ribbon instead. These lovely tributes are appropriate for any mourner to send.

Funeral spray Funeral sprays are commonly associated with sympathy. This would be an ideal tribute for a friend and their family.

Coffin spray A coffin spray is chosen by the person arranging the funeral or close family members. It would generally be seen as inappropriate for anyone else to send one, as they traditionally adorn the coffin or casket.

Letter tributes Letter tributes usually accompany the coffin in the hearse. Popular letter tributes include “Dad”, “Mum”, “Nan” or a name, or pet name. These are very popular and can be made with any colour flower in the shape of any word you like. Close family will usually provide a letter tribute.

Special tributes Special tributes are usually inspired by things associated or loved by the person who has died. Popular choices include hearts, stars, football team emblem or colours and teddies.

Good florists can come up many special and creative tributes by request – and this may be an ideal form of tribute from family, or friends from a sports or social club.