A Guide to Being a Pallbearer 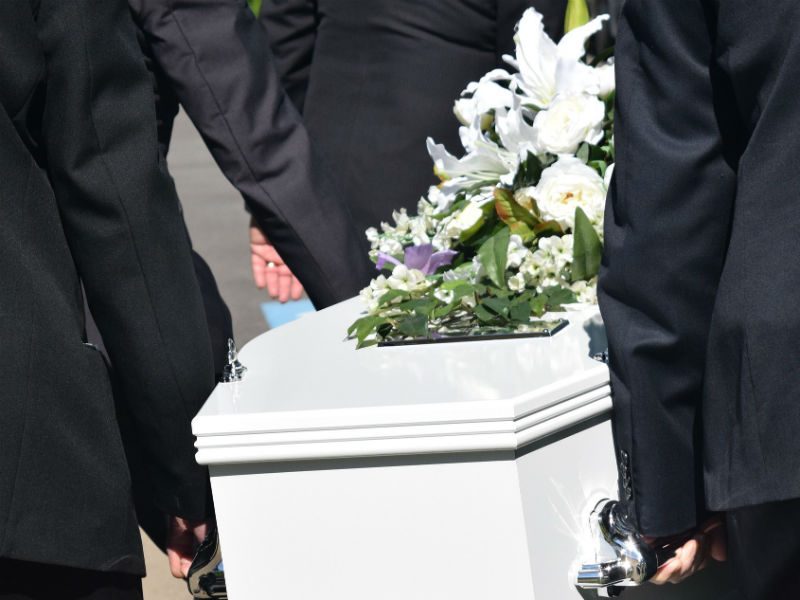 Image by carolynabooth from Pixabay

If you’ve been asked to be a pallbearer at someone’s funeral you may feel unsure of exactly what to expect and what you will be expected to do. Our guide covers everything you may want to know about being a pallbearer at a funeral.

What is a pallbearer?

A pallbearer is one of the people who carries someone’s coffin from the hearse to the funeral venue and, if they are being buried, to their grave.

A pallbearer can also be someone who escorts the coffin on its ceremonial journey, as at many funerals these days, coffins are no longer actually shouldered by the pallbearers at all.

Whether you physically carry the coffin or serve as its guard of honour, being a pallbearer is a symbolic act of respect, love and protection towards the person who has died.

What does pallbearer mean?

The word pall refers to a fine cloth that was traditionally draped over the coffin at the funeral and church altars. Today, we are still familiar with flags used as palls at state funerals and military funerals.

Pallbearers were originally those who would hold the corners of the cloth, while coffin bearers would carry the actual casket

Today, the term pallbearer refers to someone who carries the coffin that the pall traditionally covered.

How many pallbearers do you need to carry a coffin?

It’s typical for around four or six pallbearers to carry or escort a coffin at the funeral.

Most funeral directors include pallbearing as part of a funeral package and get the coffin to where it needs to be, with dignity.

They may provide additional pallbearers by request, but will always be happy to include your friends or family members among the pallbearers.

How heavy is a coffin to carry?

A standard wood coffin can weigh around 20 kilograms when it is empty – a casket may weigh considerably more.

At some funerals the coffin is actually conveyed on a bier – a wheeled stand which will be placed at the front of the funeral venue for the service. The pallbearers hold handles at the side of the coffin or casket and guide it on its way.

Carrying a coffin the traditional way is known as shouldering. Centuries ago, people would be carried to the local churchyard and the pallbearers would take a rest under a roofed archway known as a lychgate – still seen in older churches around the UK.

These had ledges on which to the coffin or shrouded body could be laid and the first part of the burial service was often conducted under the lychgate. The word lych is derived from the old English for corpse.

Which way around do you carry a coffin?

A person is always carried feet first in their coffin and if you’ve ever wondered why, it’s not really about mysterious funeral rites – but matter of simple health and safety.

Coffins are top-heavy things for funeral directors and pallbearers to carry, especially when travelling downstairs or downhill. Carrying a coffin feet first helps them to balance the load. It also ensures that the person inside the coffin is carried with the same care and dignity that a living patient on a stretcher would be.

What to expect if you’re a pallbearer

When you arrive at the funeral venue, the funeral director will reassure you and the other pallbearers – and tell you what to do.

They will tell you how to carry the coffin, where exactly you have to walk, and your position in relation to the other pallbearers.

With the minister or funeral celebrant taking the lead, the arrival of the pallbearers signals the beginning of the funeral.

As the pallbearers proceed into the venue or down the aisle, the mourners stand and may bow their head as a gesture of respect.

Sometimes the pallbearers will also carry the coffin back to the hearse after the service if the cremation or burial is happening elsewhere.

Choosing not to be a pallbearer

You do not have to accept the role of pallbearer if the prospect is too overwhelming, though it is considered an honour to be asked. If you’re declining the opportunity, you can always convey how glad you were to be asked.

If you are worrying about how you may be physically unable, carrying a coffin on the shoulders is something that tends to be done at funeral by request these days. Your role as a pallbearer could well involve walking beside the coffin, as it is wheeled into the funeral on a bier. The funeral director or the person who asked you, will be able to tell you more about this.

Pallbearers can include anyone who loved, or was loved by the person who died, but you do not have to choose friends or family to be pallbearers.

In the past, it was traditional for men to carry out the role, but today, pallbearing is something that of course, women do, too. In, fact, because the pallbearers generally escort, rather than carry the coffin these days, people of all ages and abilities can often play a part.

The funeral directors will bring the coffin to the venue and place it ready for the service with dignity, as part of their service.

Most funeral directors can also provide additional pallbearers to carry or escort the coffin with greater ceremony.

What is an honorary pallbearer?

Honorary pallbearer is another way of describing someone who is acknowledged as an important part of the funeral but does not physically carry the coffin.

They may escort the coffin if it’s being wheeled into the funeral on a bier, or follow it in a procession, if other people are shouldering the coffin.