What is a Celebrant? 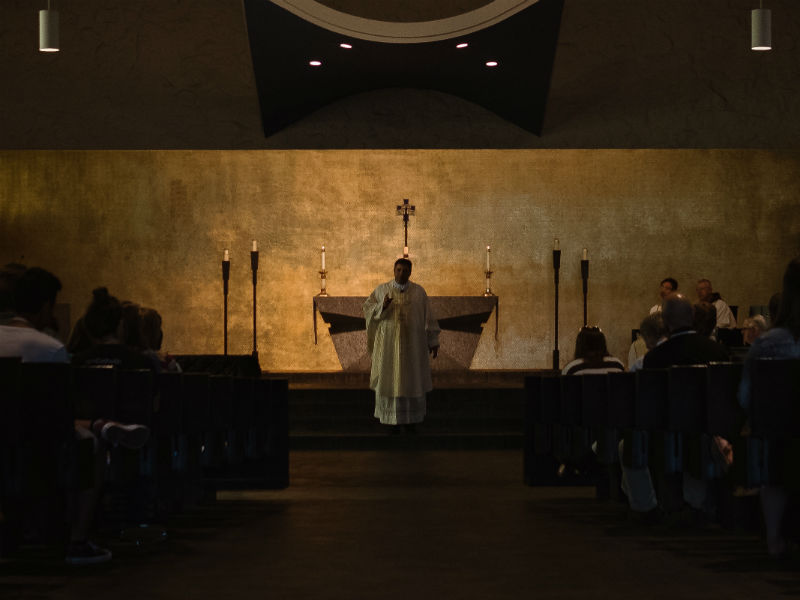 Photo by Josh Applegate on Unsplash

A funeral celebrant is the main host of a funeral or celebration of life and officiates at the service. A celebrant can be religious, and for more information on the subject we have extensive guides to religious funerals. They can also be non-religious and they lead the funeral, as well as introducing other people who are taking part and paying tribute. For more extensive information, you'll find our guide to non-religious funerals very helpful.

The funeral director you choose will know the local clergy who can perform religious rites and the civil funeral celebrants to contact, if you don’t already have a someone in mind.

This can also be a great help if you’re unfamiliar with the area where the funeral’s taking place.

Who can be a funeral celebrant?

Anyone can officiate at someone’s funeral, whether that’s a member of the clergy, a civil celebrant, a family member, friend or someone who shared the person’s spirituality or personal outlook on life.

A member of the clergy If your loved one’s faith was important to them, you may wish for their religious minister to conduct the funeral.

If the person who died was a regular worshipper, they may already be aware of your bereavement and happy to support you.

If the person who died was not a regular church goer or worshipper, it may still have been their funeral wish for their funeral to be led by a minister of faith.

If you’re unsure who to approach, your chosen funeral director will know who to make the arrangements with.

What does a civil celebrant do?

Civil celebrants lead funeral services with no religious context at all, or with a mixture of things that were important to the person who died, which may include prayers or favourite hymns.

A civil celebrant isn’t religious, with a focus on remembering the life of the person who has died. What’s said and shared during a civil funeral or memorial service is decided by family or friends, with the support of the funeral celebrant.

Can I conduct the funeral myself and what do I do?

Yes! Friends or family members can officiate at their loved one’s funeral ceremony.

If you’d like to do this, things to think about include the readings and music you’d like to include and the people you’d like to be involved. You might want a friend to support you and to confirm with family they are happy for you to lead the planning.

If you are planning a funeral that includes lots of personal touches and family members involved, a civil celebrant can support everyone to feel included and keep plans running smoothly if things get emotional. You could still lead proceedings on the day, as the funeral celebrant.

A Humanist funeral celebrant conforms to a philosophy that we only get one life and the way we live it and treat other people is our legacy.

Read more about the different types of funeral celebrant, to help decide what’s right for your loved one’s funeral.

What does a celebrant do?

The funeral celebrant helps you plan an order of service and ensure that it reflects how you want the person to be remembered.

Talking points will also be the funeral poems readings, songs and hymns you’d like, as well as who you’d like to play a part.

Once you contact a celebrant, they’ll usually meet with you and any family or friends involved to discuss your wishes and ideas. If you don’t live close by then you can keep in regular touch by phone and email.

If they don’t already know your family, they’ll ask about the person who has died, to get a sense of who they were and what they meant to you.

They may use this information to write a eulogy about the person and their life, which the celebrant will deliver during the service.

How does a celebrant help at a funeral?

– What the person believed

– How they are celebrated

– Or all, or some of the above

Some religious faiths have very specific funeral rites and prayers, which the celebrant will lead.

If you’re unfamiliar with what to expect, they can talk you through this. They will also invite you to share ideas and wishes for those elements of the service where it’s appropriate for family and friends to share what they’d like to say, be read aloud, sung or played.

Civil and Humanist celebrants can help you to plan a funeral that includes the elements you feel are important and work out a ‘running order’ for how the funeral or celebration of life will proceed. Depending on what you have planned, they may lead the funeral procession into the venue.

It’s okay to get emotional when you are talking about your loved one and plans for their funeral. Your chosen funeral celebrant will listen and understand.

If you are giving a eulogy, doing a reading, or perhaps singing, the funeral celebrant will invite you pay your tribute, when the moment comes.

Speaking, reading or singing at a funeral can be emotional, nerve-wracking or both. A big part of the celebrant’s role is to help you feel reassured and supported on the day.

How much do celebrants cost?

Religious and non-religious celebrants both usually charge a fee, or request a financial offering to the place of worship.

Celebrant fees are among the third party funeral costs which are included with the funeral director’s fee in the total bill.

Most celebrants may ask to pay a fee for their services from around £150 to £250, depending on how far they have to travel.

Finding out more about civil celebrants

Although there are no official regulations that require a civil celebrant to have formal qualifications,some leading membership associations provide celebrant training and set standards for the profession.

It may be worth taking a further look at these, to find a civil celebrant that feels like a ‘fit’ for your family. You still can arrange their services via your chosen funeral director, or contact a celebrant direct if you are planning a DIY funeral.

– The Fellowship of Professional Celebrants is the largest professional organisation of its kind in the UK , with many celebrants that specialise in funeral and celebrations of life