A look at military funerals and how they honour those who’ve served their country. 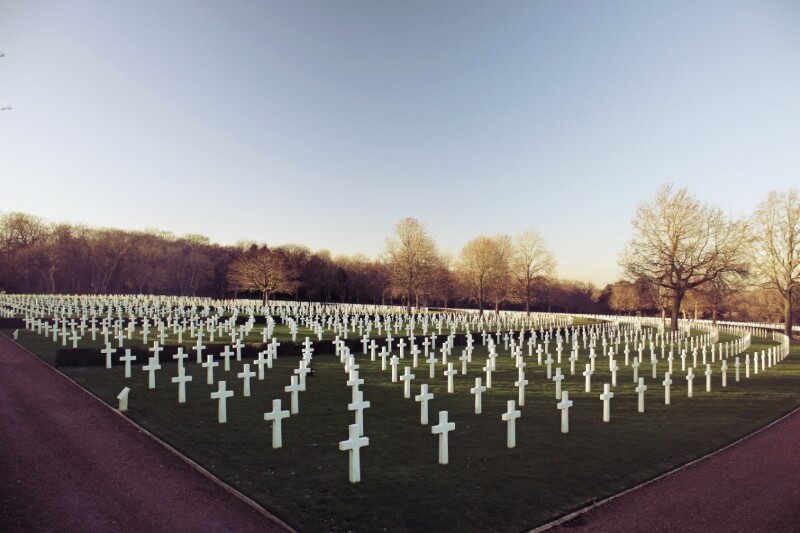 Photo by Neil Thomas on Unsplash

Military funerals take many forms and are a way of paying respect to men and women who have died in active service. Veterans funerals honour people who have served their country, but have since left the Armed Forces.

In the UK there is no standard military funeral, but there are ceremonial traditions that are common to many. The draping of a Union Flag across the coffin and the folding and presenting of the flag to loved ones, for instance, is a feature of many Forces funerals.

When a member of the Royal Navy dies it is known as ‘crossing the bar’ and a Navy funeral could include a burial at sea. The Royal Navy also suggests that it’s appropriate for ex-services personnel to use the Union Flag, but that the White Ensign should only be used for sailors who died in active service.

Who is eligible for a military funeral?

In cases where a soldier, sailor or airman dies but not in active service, the cost of their funeral and the arranging of military rites is the responsibility of the family.

The Royal British Legion is able to offer advice and help on contacting organisations who may be able to offer financial aid to eligible parties in these cases.

What is the process of military repatriation in the UK?

Repatriation of those who died in active service as part of the British Armed Forces is a process that’s handled between the Armed Forces themselves and specialist funeral directors.

For a period, RAF Brize Norton was undergoing repairs to their runway and repatriations were moved to RAF Lyneham. Due to the move, repatriated members of the Armed Forces were taken in procession via Wootton Bassett where the local residents began a tradition of turning out to honour those passing through the town.

In recognition of their compassion and dedication to honouring the dead the town was given the prefix ‘Royal’, becoming Royal Wootton Bassett.

Does the military pay for funerals?

If a member of the British Armed Forces is killed during active service they are entitled to a Service funeral, with the costs being covered by the armed forces.

A Service funeral covers the repatriation of the person to the UK or the country of origin of the service man or woman or in the country where their next of kin is normally resident.

It also includes the services of a funeral director, provision of a coffin, a hearse and a family car as well as a burial plot in their hometown or another place close to their heart. There is also provision for a headstone that may be engraved with a Service pattern, honouring their branch of the military and it’s maintenance.

The provision of a place for their ashes to be internerned with an engraved marker or the payment for an entry in a book of remembrance are also available.

Do all veterans get a military funeral?

Whether a veteran of the British Armed Forces receives a military funeral is generally left up to themselves and their families. No one is obliged to observe military rites, but there are a number of organisations that try to provide support for veterans and their families after bereavement.

The Royal British Legion are able to give advice on where financial assistance can be requested and who is able to provide help with arranging military rites for funerals. They can also provide contacts for who in the local area and community might want to be a part of the funeral service of ex-Forces personnel.

Military funerals: The order or service

Unlike the United States, which has 136 National Cemeteries for military veterans, the UK doesn’t have an official burial ground for members who served in the British Armed Forces. Funeral services for members of the British Forces can be held in a place of worship or funeral venue in their hometown.

A number of traditions are usually observed when funerals are performed with military honours. The coffin may be carried by their Armed Forces companions and draped in a Union Flag.

One of the most recognisable traditions at British Armed Forces funerals is a ceremonial move called ‘reversed arms’. This is performed during the funeral procession and sees the coffin’s escort reversing their weapons – holding them underneath their arms, facing backwards.

This is followed by a command to “rest on your arms reversed” when guns are lowered and heads are bowed, in a gesture of honour and respect. The service would usually end with The Post being played, followed by The Rouse, either by a Forces bugler or on a recorded format.

When a military salute or gun salute happens at a British Armed Forces funeral, this usually takes the form of a three-volley salute.

This involves between three and seven service men or women firing three shots from their service rifles in honour of their compatriot. Blanks are fired instead of real bullets, for safety reasons. 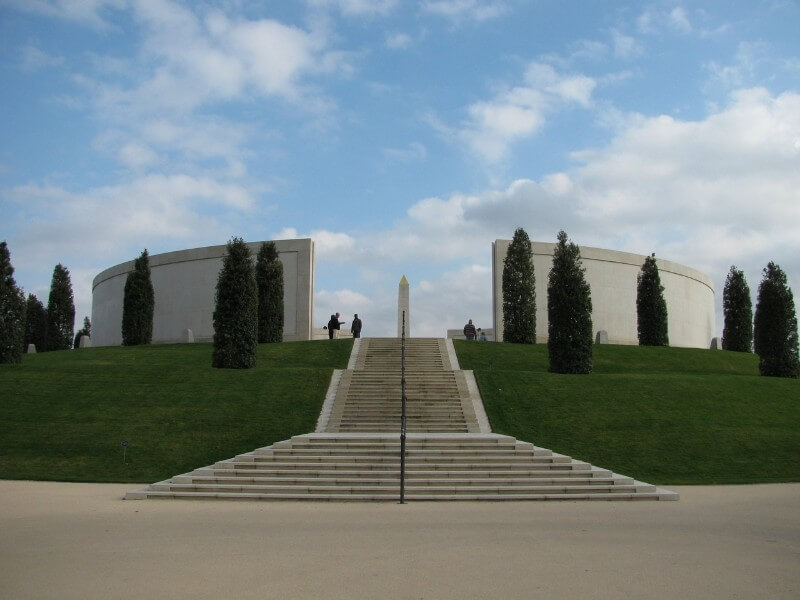 Image by Jarrett Kinson from Pixabay

Although there is in national cemetery for British Forces in the UK, the National Memorial Arboretum in Alrewas, Staffordshire is the place of remembrance for those who have served, sacrificed and suffered for the nation. Its parent charity is the Royal British Legion.

There are hundreds of magnificent individual memorials dedicated to regiments across the services, as well as the National Armed Forces Memorial, which has the name of every person killed on duty, or through an act of terrorism, since the Second World War.

Remembrances services are held at its chapel daily, with the National Memorial Arboretum also a hub for major annual remembrance events.

Open all year to the public and free to visit, veterans groups and charities can fundraise to build their own memorial on the grounds. Families can also remember a loved one who served, by dedicating a tree or stepping stones in the beautiful 150-acre grounds.