A & A Walters, Bilston 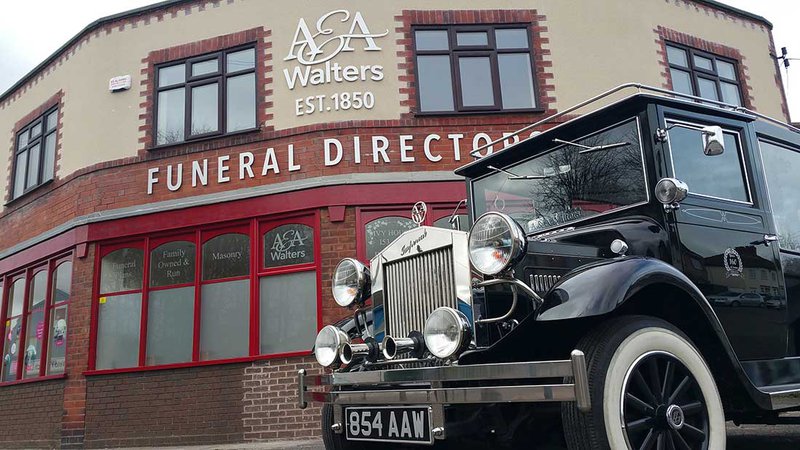 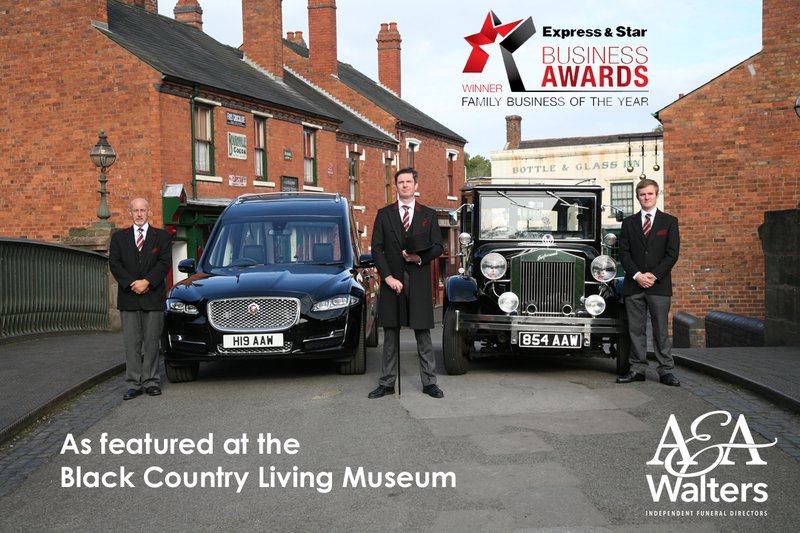 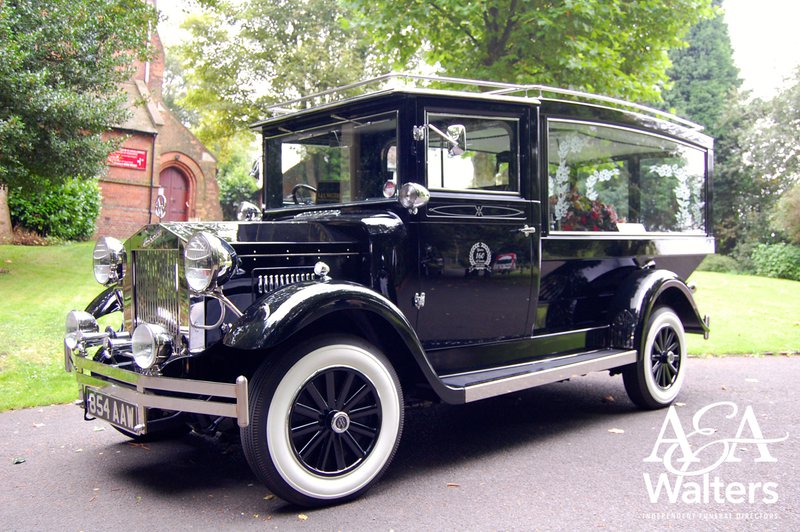 An independent, family-run funeral directors that has been serving the bereaved of the West Midlands over 160 years

A & A Walters feel privileged to have served the people of Bilston, Bradley, Darlaston, Lanefield and further afield after opening their second funeral home in Tipton in 1939. They also have well-appointed premises in Sedgley and Tipton where they are frequently asked to care for families throughout the West Midlands. With over 167 years in the Walters family, they continue to be proud of their history and remain true to their founding principles of ‘Respect, Integrity, Flexibility and Value’.

A & A Walters understand that there are many funeral directors to choose from, and hope their longevity and reputation assures you of their commitment to you and your family. They never take for granted the faith placed in them by each generation and their top priority is always to provide impeccable levels of service, support, and care to anyone who entrusts their loved one to them.

They continue to uphold the values and traditions of their forebears, (their greatgrandfather has recently been honoured as a character at the Black Country Living Museum due to his philanthropy and support of those lacking means in Victorian society). Today they use contemporary and progressive approaches to the needs of bereaved families in the 21st century. The respect they have for both old ways and new can be seen in the range of vehicles they offer. They are the only funeral directors in the surrounding areas with such a distinctive classic style of hearse that compliments their horse-drawn hearse funerals or their prestigious, luxury Jaguar XJ fleet.

In 2012 they were awarded the Golden Charter National Funeral Planner of the Year and since then they have received the Funeral Planner Award for the West Midlands and North Wales region on seven different occasions. They have been members of SAIF (Society of Allied and Independent Funeral Directors) for many years and strictly follow its Code of Practice.

A & A Walters have a firm belief that every person who comes through their doors is unique and should be treated as such. They have a highly experienced, dedicated and qualified team who are ready to support and guide each family through every aspect of funeral arrangements from the moment they make the first call. It doesn't matter if you are looking for a traditional type of funeral service or something more modern, the belief that no tiny detail is insignificant and they will do their best to ensure even the most unique of requests are heard. You can be assured that your loved one will be treated with the highest regard and utmost respect.

A & A Walters cater for non-religious people as well as people of all faiths and denominations, from any culture or nationality, and through extensive contacts they can ensure a respectful and efficient repatriation of your loved one abroad if this is required. So as to tailor their advice to suit individual tastes and budgets, A & A Walters offer a wide variety of coffins and caskets, from traditional to bespoke to environmentally-friendly. In the same way, personalised details including floral tributes, orders of service, monumental masonry, keepsake jewellery and unique movie tributes can all be arranged.

You can find out how A & A Walters are able to support you through this difficult time by contacting them today. They would consider it an honour to look after your family as they would their own.