Exploring loss, friendship and hope in the Magical Wood 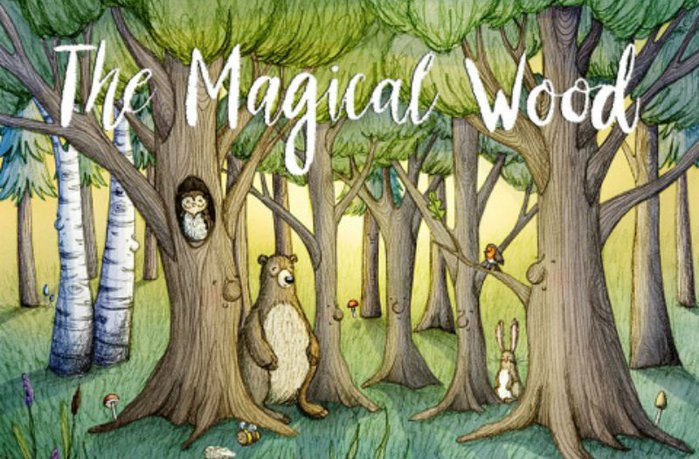 “It’s said that once you’ve adapted to the trauma of grief you’re changed – and friends need to adapt to you. I was no longer the same boy.”

Author Mark Lemon’s family has galvanized him to create the lively characters that feature in his award-winning children’s books. Explorer-adventurers Otis and Thea Lemon are already popular in the story corner, inspired by his young son and daughter. 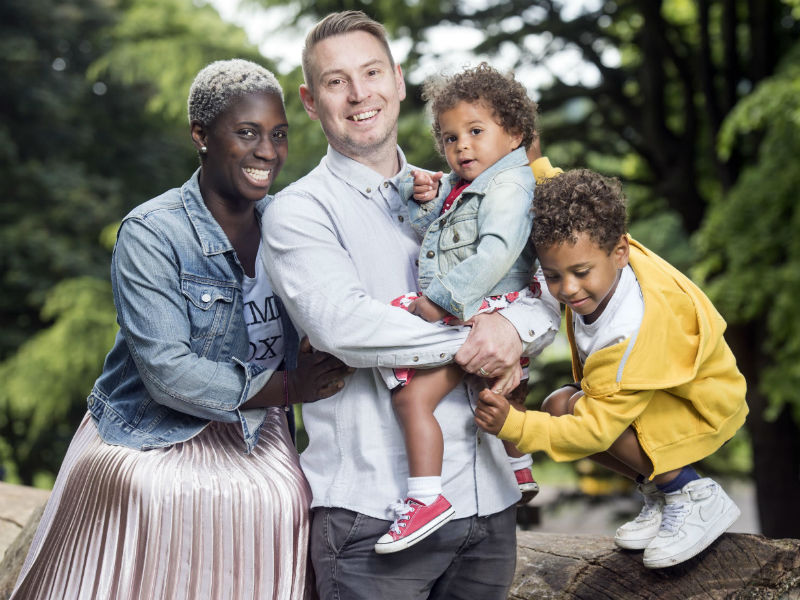 The Bristol-based author drew on family experience again to write his latest book, The Magical Wood. Published on the 26th anniversary of his own father’s death, it has been praised by families who are coping with grief, or anticipating the death of someone they love.

The storybook, with beautiful illustrations by Maia Walczak, takes readers on a journey through the four seasons, as a family of trees adjust to the shock of finding the Strongest Tree has died in a storm in the night. Over time, four forest friends visit the trees with special words of comfort to think about.

Mark was just 12 years old when he was sent home early from school in May 1992 and his mother told him that his father, James, had died.

“I think I must have cried with Mum for a minute, then got on my bike and – strangely– cycled back to school,” he remembers.

“A friend of mine’s dad had died from cancer. I remember dropping to my knees and telling her. Everyone could see. I didn’t want to go home.”

Mark was later told that his father had been murdered. James had been stabbed to death by the husband of a family friend whom Mark’s parents had been supporting through her difficult relationship. 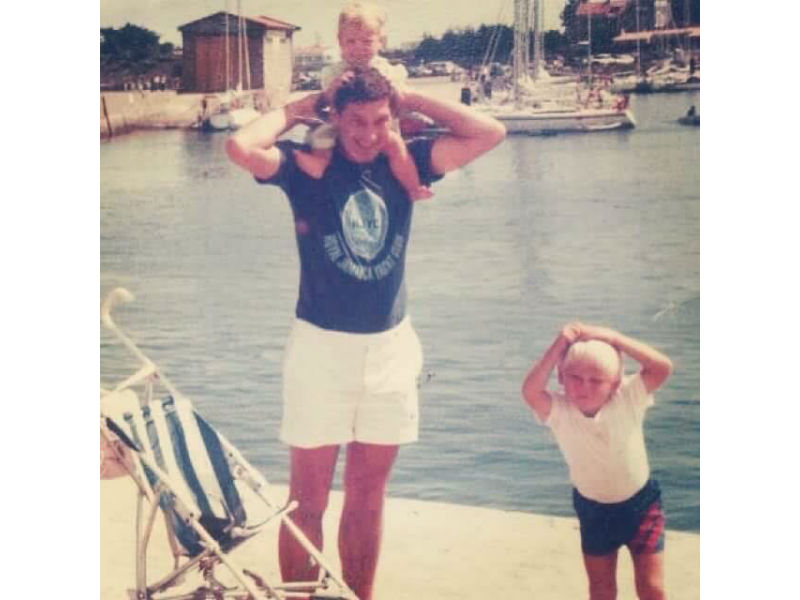 The shocking suddenness of Mark’s bereavement is reflected in the death of Strongest Tree in The Magical Wood.

“When I was writing the book, I was trying to think of ways to sensitively approach death,” he says, “but that storm in the night, I guess, subconsciously, was that day for me, waking up to a totally different environment.”

It was Mark’s wife, Simone, who works in educational support, who’d suggested he explore grief, as he’d been mulling over ideas for a new book to write for younger readers.

Mark had already been visiting schools to open up conversations about grief, after becoming an advocate for children’s bereavement support charity Winston’s Wish.

“In 1992, there were no grief charities for bereaved children,” he says.

“You keep things locked in, because everyone in the family was dealing with their grief their own way.

“Eventually I got to the stage that I wanted to talk about it. I realised too, that to move on with my own life, I had to get rid of being angry with this guy and what he did to my dad. I realised revenge was not the best way and to move on positively, I had to clear those thoughts away.”

Mark credits James’ influence in his formative years for guiding the positive directions in which he’s gone.

“I think I was steered by my father,” he says.

“Lots of people aren’t that lucky, but when you go through a trauma that’s tragic, you can still focus on a future.” 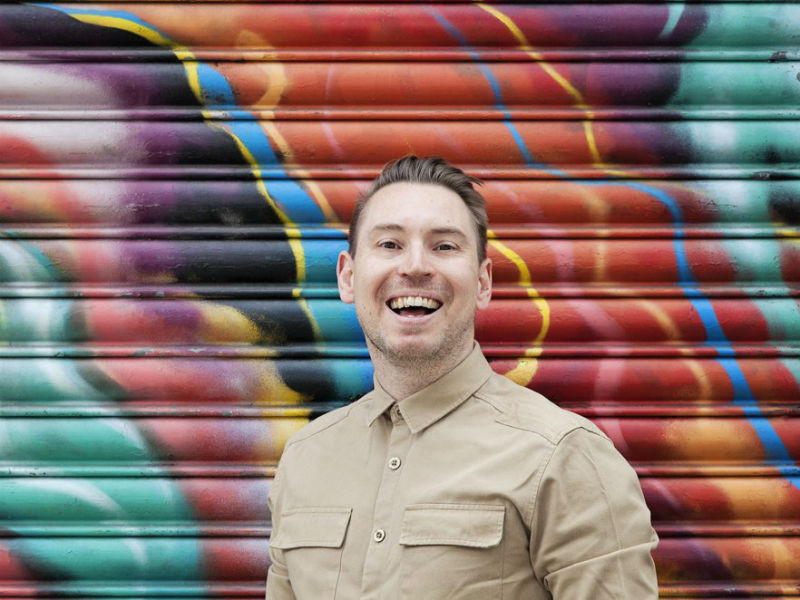 Although written to be read by – and read to – younger readers, The Magical Wood will touch a chord with readers of all ages.

“In my mindset it’s a book for children aged four to eight, but one parent had their 15-year old read it to a younger sister and they both found it emotional. A friend of mine bought the book for his parents, who had lost their very elderly parents – and they cried. That’s the way of grief, it catches you on the hop.”

Advice from the bereavement support team at Winston’s Wish helped Mark hone the story through its early drafts and encouraged him to avoid words that could puzzle younger readers.

“The thing initially about writing a book like this, is that it’s such sensitive reading material,” he explains. 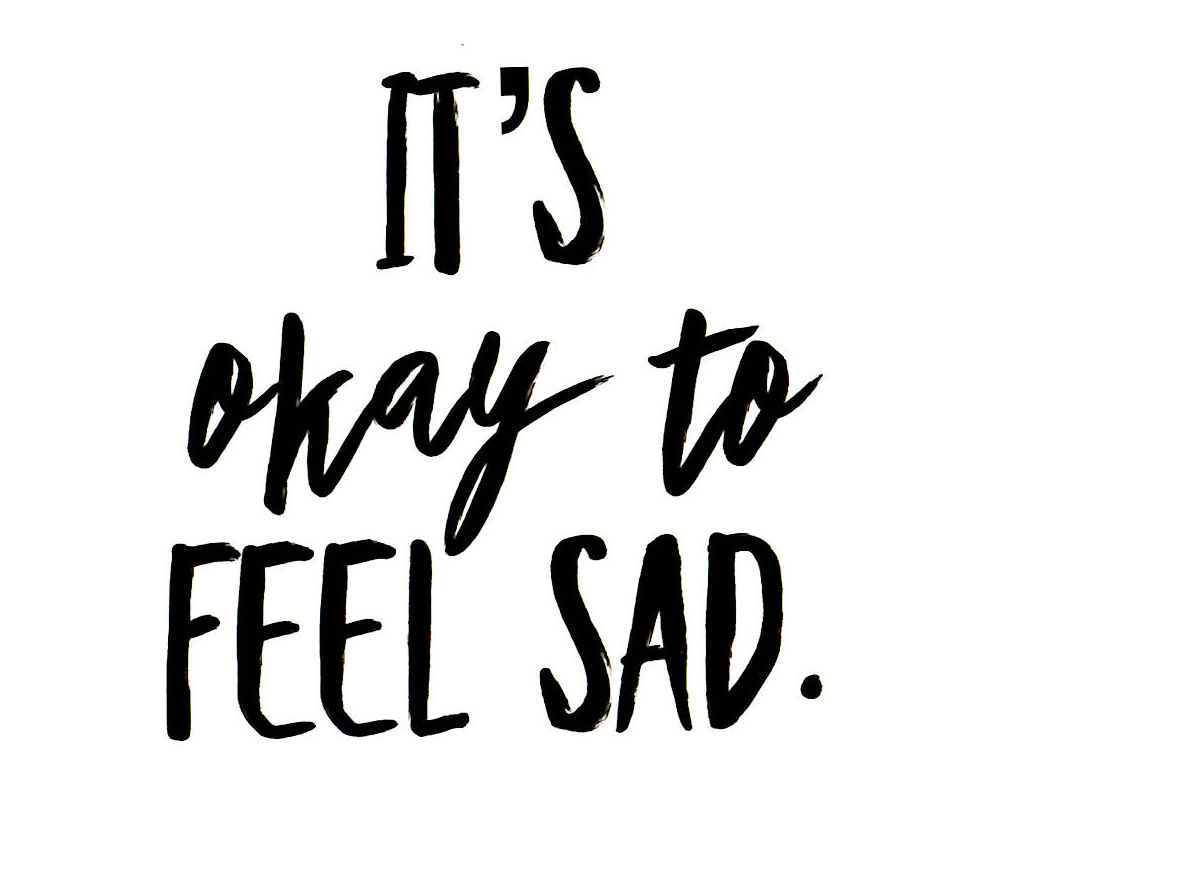 “This is a book about experiencing loss or preparing a child for someone’s death, so I also had to consider the parent’s perspective when they were reading it aloud to their child.

“There’s a line – When someone special dies, it’s always hard to believe. Initially, I’d written ‘passes away’. Winston’s Wish said they loved the story, but thought I’d should consider changing it to ‘dies’.

“There can be a lot of confusion for younger children if a character ‘passes away’ or they ‘go to sleep’.”

In The Magical Wood, four kind woodland creatures visit with special words for the trees to think about, as each season turns. 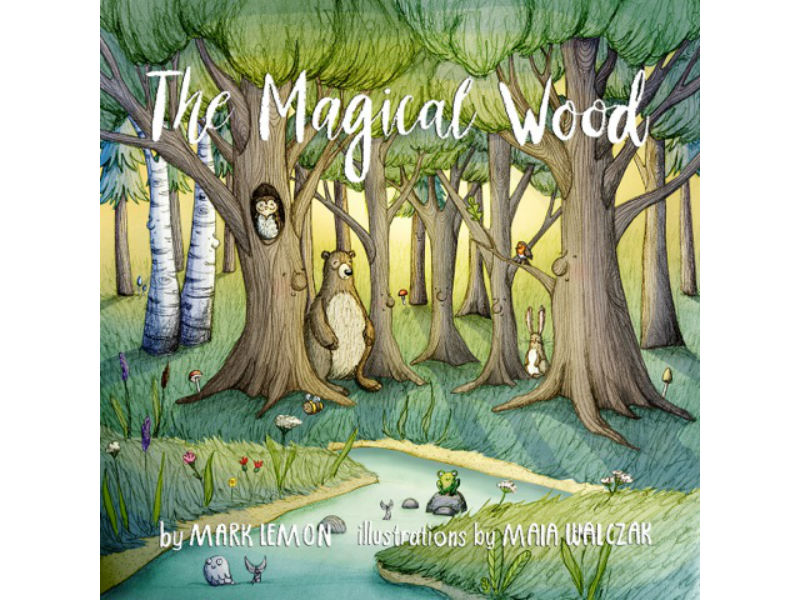 “My first idea was that each of the animals would represent stages of grief, but then I began thinking, you don’t always have stages. It’s more about adapting your life around the grief and your experience,” says Mark.

“That’s what I’ve learned on my journey I guess. So each animals offers words of support. It’s about the hope you hold onto as you go through this terrible experience, that you will come out the other side and go on to do positive things.” 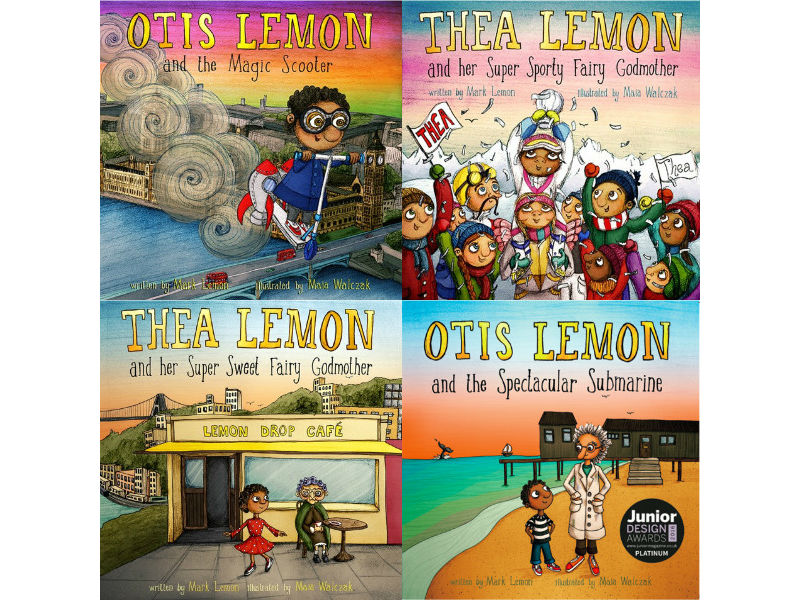 With space in The Magical Wood for readers to write or draw about their own feelings, Mark stipulated to the printers that the book should be felt-tip friendly so it wouldn’t smudge.

“In my experience it usually does,” he explains wryly.

Mark’s children, Otis, seven, and Thea, three, have been told all about their Grandpa James, but are so far unaware of the circumstances of his death.

“When Thea was three, she asked, ‘Where is Grandpa?’

“I’ve always thought though things go in stages and I’ll get to a stage where I’m sitting with Otis and I’ll need to tell him. That’s going to be hard, the next conversation. I think you’ll know when it is time.”

Mark’s mother and sisters have read and loved the book, as have his aunt and uncle, who were there on the day that the terrible news was broken.

“They remember so clearly and were welling up when they read it,” says Mark.

“If you can help one person that’s great, but I’ve had so many lovely comments back about the book. It’s helped with conversations and other difficult stories.

“Working in schools, Simone’s suggested this sort of resource is very limited to children. It feels like the right time for the book and for opening up the conversation.” 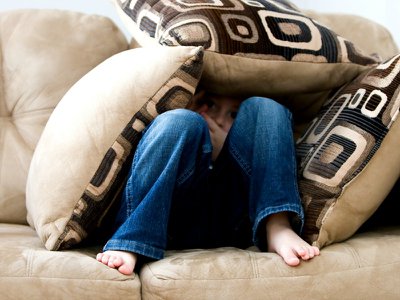 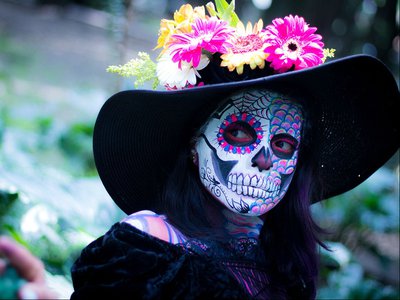 Calavera, costume and crypts: 11 Day of the Dead events 2017

From family-friendly events to late nights of festival and music, Mexico’s Dia de los Muertos is coming to towns and cities around the UK 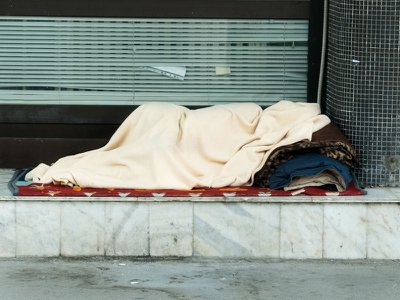 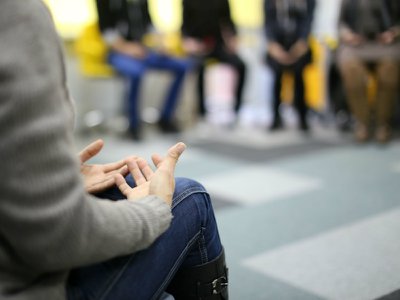 What is bereavement therapy?

How bereavement counselling or therapy can help you cope with the loss of a loved one.