What is an Obituary?

A guide to obituaries, what they are and where they come from 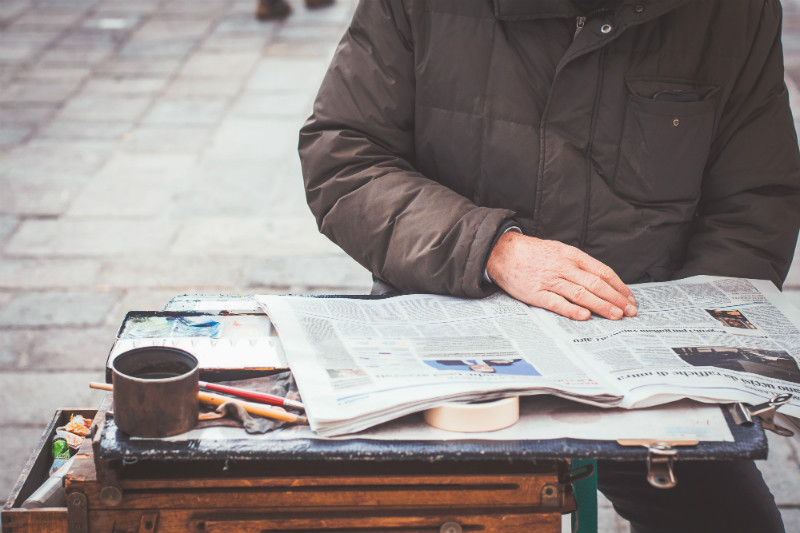 Photo by Eugene Zhyvchik on Unsplash

What is an obituary?

An obituary is a short, biographical piece of writing that is released about someone after they’ve died. They can appear online, in magazines or newspapers, or presented in audio or visual media.

What are obituaries for?

Obituaries are a way to mark the end of someone’s life, to announce they’ve died, and to give some information about their life. They can be short notices or longer pieces. They are biographical in nature and are most often written by someone who knew the person who has died.

Where can I find obituaries?

Obituaries can be found in newspapers, both local and national. They can also be seen or heard on news programs. You can also find obituaries online. Online obituaries give you the opportunity to share a person’s obituary more widely and easily than in print form.

Why are obituaries important?

Obituaries not only let people know when someone has died, but give some details about their lives as well. If someone significant in the local community dies, an obituary might be the first way that many locals find out.

For nationally or internationally significant people, obituaries often act as a way of honouring the person who has died. They can announce what that person has achieved in their life and the impact they’ve had.

When did obituaries start?

Obituaries date back to at least as far as ancient Rome. Cities would distribute papyrus scrolls known as Acta Diurna, or the Daily Acts, which would contain relevant news. These daily papers would report the deaths of significant people, making them our earliest recorded obituaries.

Announcements of notable deaths continued throughout the centuries, but their spread exploded with Johannes Gutenberg's printing press, created in 1439.

With mass production of the written word, more news was able to be distributed and so were obituaries. While obituaries were still traditionally only written for notable people, their frequency and spread increased.

Who writes an obituary?

For famous people or important members of society, journalists and broadcasters will write and deliver obituaries either in magazines and newspapers, on websites, or on radio and television.

Does everyone get an obituary?

Whether someone has an obituary or not is generally down to how impactful they were and the wishes of them and their loved ones.

If they achieved significant things and lived a noteworthy life, often they will be honoured with an obituary describing details of what they have done, even if that’s not written by a loved one.

While a person might not have had a global impact in their lifetime, their death will still be felt in the local community. In that case they might have an obituary placed in a local paper or on an online service. This will usually be done by their family or another loved one.

Can I write my own obituary?

How do I write an obituary?

We’ve put together a useful guide to writing an obituary which will help you whether you’re writing your own obituary or one for someone close to you. We’ve also compiled a list of some of our favourite funny obituaries that you could use for inspiration.

We also have a lot of helpful guides to arranging a funeral or you can compare funeral directors in your area who are ready and waiting to help.