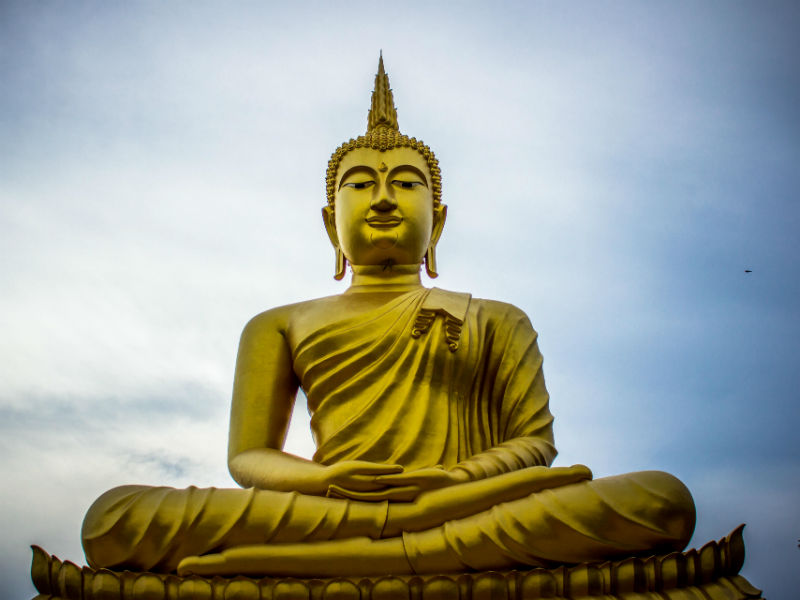 What are Buddhist beliefs about death?

Buddhist beliefs about the end of life are different from other religions, but the death of a loved one is still an important event that is marked by specific Buddhist funeral rites.

Although there are several different types of Buddhism in the world, death is widely accepted by all Buddhists as part of a continually repeating cycle of life, called saṃsāra, which incorporates reincarnation. According to this cycle, a Buddhist’s actions in their current life will determine how they will be reincarnated in their subsequent lives.

As the Buddha himself was cremated, many Buddhist funerals involve cremation rather than burial. For more information on both of those things we have a full guide to burials and a thorough guide to cremations. Traditionally, Buddhist cremations, as well as Hindu, are open-air pyres, but this practice is illegal in the UK, so most Buddhists use local crematoriums. We have a full guide to Hindu funerals if you're interested in reading more. After the service the bereaved may scatter or bury the ashes of their loved one, or keep them at home in an urn. There are a wider range of choices you could make when purchasing one, so first you should read through our guide to choosing an urn.

In some Buddhist cultures the bereaved family want to witness the cremation. This might also be possible at a crematorium in the UK, and funeral directors would be happy to discuss this with you.

Some Buddhists do prefer to be buried. A Buddhist burial should reflect the cycle of life described by saṃsāra. Natural burials, which can incorporate Buddhist funeral rites, are increasingly popular as an environmentally-friendly return to the earth that are compatible with these beliefs.

The donation of organs, and bodies after death is acceptable to Buddhists, but embalming is discouraged unless it is completely necessary, or the express wish of the person that has died.

Who can have a Buddhist funeral?

The majority of people who have a Buddhist funeral will have been actively involved in a community during their life. In these instances, members of these communities can advise on the most appropriate Buddhist funeral rites required by their tradition, but anyone can request such a service. Some hospitals and hospices have Buddhist chaplains and the Buddhist Society can provide advice on Theravada, Tibetan and Zen Buddhist funerals.

What happens at a Buddhist funeral?

As there are so many different types of Buddhism in the world, there are no prescribed procedures for funerals, but most services are simple and dignified occasions at a monastery or a family home and there are some common traditions. The number of mourners can vary, and generally depend on the size of the venue for the funeral. The service may occur before or after cremation or burial. There may be an open coffin at the funeral service.

The venue usually incorporates an altar decorated with an image of the person who has died, an image of Buddha, flowers, incense, candles and fruits. Mourners often present the bereaved with flowers to placed alongside their loved one or the decorated altar.

Once all the mourners have paid their respects, monks and other members of the Buddhist community will read sermons and deliver eulogies.

In addition to Buddhist funeral prayers, chanting by monks is a regular feature of Buddhist funeral services, although, if necessary, recordings of chants are sometimes played instead. Apart from Buddhist funeral rites, non-religious elements are acceptable, provided that the service does not include any practices that conflict with Buddhist beliefs.

What is Buddhist funeral etiquette?

When entering the venue, mourners should approach the altar and bow with their hands together in a prayer position. This is an opportunity to reflect on the life of the person that has died before taking your seat.

If Buddhist monks attend a funeral it is common for them to sit on higher seats than other mourners. It is also common practice for everyone else to rise when the monks stand. Any in-person chanting at the service will usually be initiated by the monks. It is acceptable for anyone who is unfamiliar with the chants to remain silent during them.

What is the dress-code for a Buddhist funeral?

Displays of wealth are not compatible with Buddhism and so mourners at funerals are expected to dress in simple clothing. The most appropriate colour to wear to a Buddhist funeral depends on the specific tradition followed by the person that has died. Japanese Buddhists may wear black clothing to a funeral, but many other nationalities prefer white attire. If in doubt it is advisable to ask the bereaved family or their funeral director before the service. Bright colours, especially red, are likely to be inappropriate.

What happens after a Buddhist funeral?

The inclusion of a reception after a funeral will depend on the specific beliefs and traditions of the person that has died and their family. If there is one, mourners at the funeral will usually be invited to pay their respects.

Traditionally, Buddhists hold services on the third, seventh, 49th and 100th day after the death of a loved one, but this is ultimately at the discretion of the bereaved.

Find out more information about other types of religious funeral.