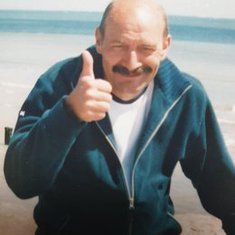 It is with the deepest of regret that on 16 August 2020 our dad, Stephen Thewliss, passed away unexpectedly at Pinderfields Hospital surrounded by his close family: his two daughters, Sharon and Stephanie and his beloved and devoted wife, (our mum) Carol Thewliss.

Dad was born in Dewsbury on 23rd March 1959 to his parents, James and Elsie (nee Jennings). He is survived by his siblings: David, Christopher and Sandra,

After falling madly in love, our dad married our mum on 8 October 1983 at the Dewsbury Register Office and they both went on to have a happy and loving marriage until the day he passed. Mum, Dad and Sharon became an instant family and their much wanted and loved daughter, Stephanie, arrived on 30 September 1986 to complete it.

Dad studied at Whitwood College, passed all his exams with flying colours and then went onto become a fitter at Park Hill Colliery, Wakefield. Soon after, he decided to become a miner and worked for many years at the same colliery. Although, he often complained about the shifts, the travelling, etc., it was a job he enjoyed and probably may have even still been there if it wasn’t for Margaret Thatcher! In 1987 he decided to leave the dwindling mining industry behind and became a brilliant joiner instead, which he carried on doing until he retired in 2008, a decision he made so that he could spend more quality time with Mum. Little did he know that soon after retiring, he would take on a new role as Grandpa to Connah and Alex and Papa to Mia and Moses.

Dad loved to paint and play golf. He loved to watch his favourite TV shows and films, such as: Only Fools and Horses, Auf Wiedersehen, Pet and the Rocky movies. Mum and Dad also loved to get into their car and drive to lots of different places, especially the east coast. They loved it there so much that they bought a static caravan in Skirlington and enjoyed many weekends for many years and made many friends whilst they were there.

Dad was taken from us very quickly - like a 'bolt out of the blue', but he will always be remembered as a kind, loving, charming and very funny man and we will always have lots of stories and memories to keep with us forever. As they always say, “the best ones are taken first.”

DUE TO THE CURRENT GUIDELINES, A FUNERAL SERVICE BY INVITATION ONLY WILL TAKE PLACE AT DEWSBURY MOOR CREMATORIUM ON FRIDAY, 4TH SEPTEMBER 2020.

DONATIONS IN LIEU OF FLOWERS IN MEMORY OF STEPHEN MAY BE MADE ONLINE TO THE ROYAL BRITISH LEGION.

Rest In peace Stephen, sending condolence,s to your family

I hoped it would be a few years before i had to pen a post like this, in fact never, but my best friend has passed away and this is just a few words of a lifetime of memories with Steve.
Steve was born in 1959 me one year earlier, we both lived on the old Eightlands Estate in Dewsbury in fact 50yds from each other. My first recollection of me and Steve we were doing "Penny for the Guy" about 1964. Steve was the Guy sat in a barrow with paper coming out of his arms legs and neck. In 1965 both our families were re-located to Dewsbury Moor Estate. The old Eightlands was demoilshed with its outside toilets etc, yes it was hard down there but we were all in the same boat. In Dewsbury Moor we lived 100yds from each other, from that year we spent everyday seeing each other, we did everything together.
Steve was BEST MAN at both my weddings and i was his when he married Carol. Those two words sum Steve up through all his life.
He was a BEST MAN a friend could have.
He was a BEST MAN a wife could have.
He was a BEST MAN a child could have.
He was a BEST MAN a grandchild could have.
So rest in peace MY BEST MAN.
I miss you, I will always miss you.

I hoped it would have been a few more years before i had to pen an obituary for my best friend Steve. Steve was born in 1959 i was born in 1958, we lived 50yds from each other in the old Eightlands Estate Dewsbury. It was hard at times, outside toilets etc but everybody was in the same boat. My first memory of Steve was about 1964 doing "Penny for the Guy" at the top of Dewsbury Railway Station. Steve being the younger was the Guy, sat in a barrow with paper coming out of his arms neck and legs. In 1965 all the estate residents were re-housed, our family and Steves were sent to Dewsbury Moor Estate. We then lived about 100yds apart. Then we spent every day together at some point, that went on for nearly all our lives up to us both getting married, then we still saw each other every week. Steve was BEST MAN at my two weddings and i was his when he married Carol. Those two words sum Steve up BEST MAN.
He was the BEST MAN a Friend could have.
He was the BEST MAN a Wife could have.
He was the BEST MAN a Child could have.
He was the BEST MAN a Grandchild could have.
Before the song came about he was Simply the Best.
Rest In Peace my BEST MAN. 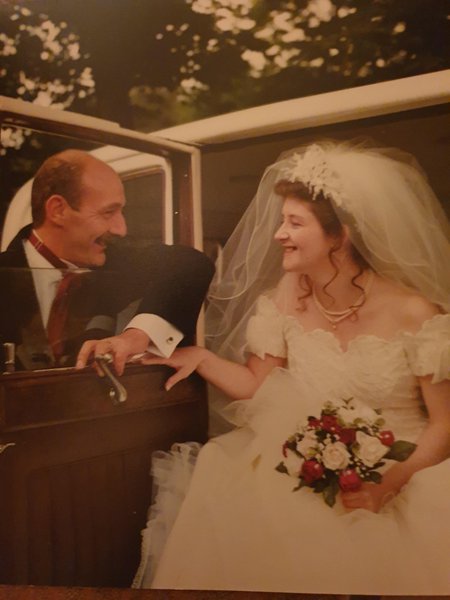 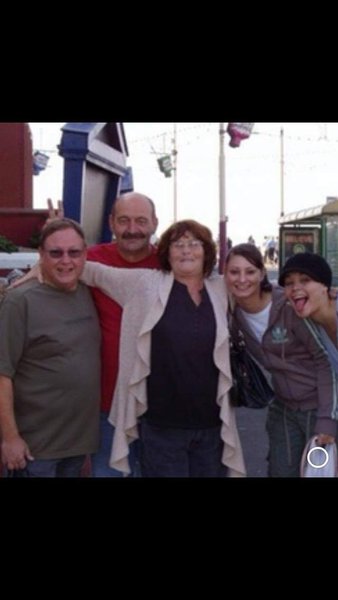 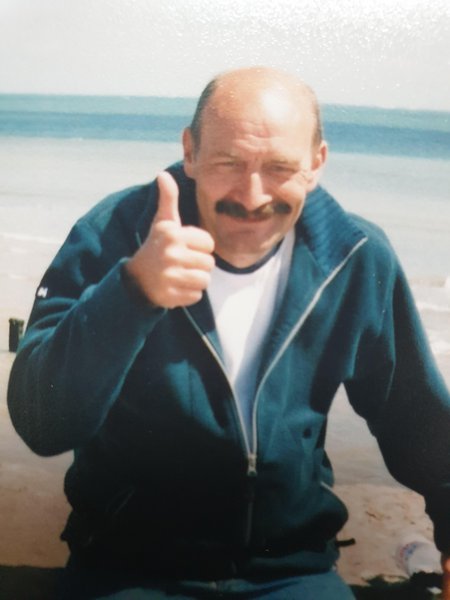