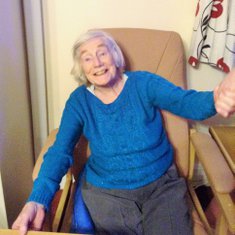 Donate in memory of
MurielDementia UK

Muriel started life on 14 November 1930 in a small place, Deepdene in Guernsey, a daughter for Arthur and Doris and a sister for Trevor, Doreen, Thelma, Norman, Pat and Mike.

The outbreak of World War II was to change everyone’s lives and it was to change those of the Zabiela family beyond recognition. With the German invasion of Guernsey looming, they moved over to the UK with barely any possessions, they were split up and billeted around the UK before finally being reunited and settling together in Southampton.

It has to be remembered that times were so tough in Muriel’s formative years and especially so for big families. The Depression in the Twenties, then a World War followed by years of rationing were so immensely difficult and family life bore no resemblance to today. Times were so hard that the children often had holes in their shoes and clothes for school and at home were in short supply.

Often visiting her Aunt Glad and Uncle Norman in Boscombe where Norman was a doctor. Glad was quite the strict typically Victorian lady who firmly believed that children should be seen and not heard. Iris can remember during one visit to see them in Boscombe, the tea trolley came out laden with fancy bone china, cups, saucers and plates. Iris was holding her breath, hoping that her boys wouldn’t drop a cup or a plate. As biscuits were passed around, Iris’ son Peter piped up and said “My Mum doesn’t do that, she puts biscuits on the floor”. That was true, they did have a trolley by the fire for morning tea and biscuits but the tin did not fit on the trolley so the tin was on the floor. Muriel did though find that highly amusing, having a picture in her mind of Iris throwing biscuits on the floor for the children - or perhaps pets!

When Muriel lived in Dorset, Richard only had vague memories of visits with his Mum and Dad and his three brothers but does remember that he had to be on his best behaviour during the visit and not say a word - that may well have been due to the best china being passed around....and it must have been a nightmare for the parents of boisterous boys! John also remember sitting on the floor when the family visited and he certainly remembers the little dog which would come and investigate you - John’s most vivid memory is that the dog had very bad breath!

Dawn has memories of staying with Muriel and Aunt Glad in Boscombe in the summer holidays, that her Dad Mike would collect Muriel and take her for lunch at Milford-on-Sea. Stephen particularly remembers that Muriel was a great storyteller with an amazing memory for details, especially dates and birthdays, that she always seemed positive, enjoyed life, did love to chat and he always did take delight in visiting her.

Muriel left England in 1950 and emigrated with Aunt Glad and Uncle Norman to set up a new life in New Zealand. Although Muriel loved New Zealand and spoke fondly of her time there, it has been said and may well be true that she met the love of her life out there but was sadly never to marry him.

Returning to England some ten years later with Aunt Glad after Uncle Norman was tragically killed in a hit and run accident, they settled back in Boscombe until Gladys passed away in 1983.

Joining Beales Department Store in Bournemouth, Muriel was ultimately a departmental supervisor and worked there for many years until her eventual and well-earned retirement. She also spent a lot of time as a hospital volunteer; no doubt she was well liked and respected by everyone she worked with over the years and she did have a wide circle of friends.

Even though she was sadly never to be a mother herself, Muriel was auntie to nine nieces and nephews and she loved them all dearly.

I have just cone across Muriel’s obituary.

I am so sorry to hear of Muriel’s passing.

She was such a lovely, kind, intelligent lady.

I had not seen her since she left Boscombe but spent several years in her company by going on coach holidays and our regular catch kp phone call on a Sunday evening.

My condolences to all her family and friebds

Rest in peace love from Dawn and Emma x 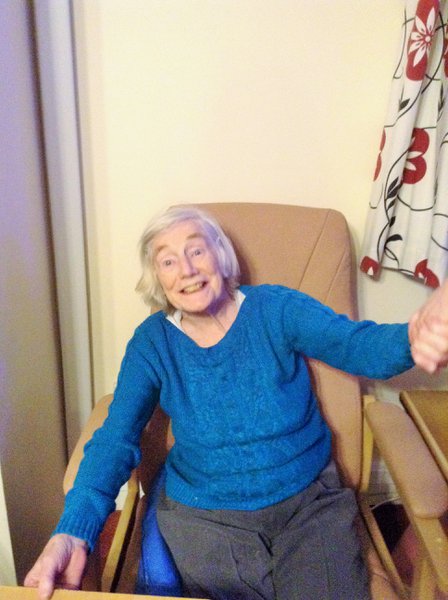