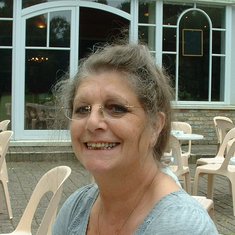 Susie wrote this for a PINNT publication in 2009

To start at the beginning takes me back 44 years when I was 17 years old and thought I had everything in front of me, but certainly not what I expected.

I’d had a very happy childhood with wonderful parents and a brother 3 years my senior who was four times my size and an undeniable bully, but I was loved by my family, my school life was happy and I always made the A stream, so my peers were extremely disappointed, when, despite their efforts I decided to leave at 15, I had several job offers and finally joined an accounts department, all the staff were very friendly and we became like a close family, after two years I started becoming very tired and lost weight, deciding it was all the traveling I looked for a job nearer home and joined a large company training to be a window dresser I was now 17 and enjoying every minute of my new career.

I met a boy at a local dance and we got on from the word go, but my tiredness and weight loss continued and I always had a tummy bug? This continued for nearly a year when my parents decided enough was enough, I was barely 6 stone and they took me for a second opinion, which is when my life changed forever.
I had just got engaged, now 18, and was facing time in hospital, I negotiated with the consultant to put off going into hospital until after Christmas and to my amazement he agreed.

We were already making plans to marry after my 19th birthday in the spring; Christmas was wonderful even though by now I felt so poorly so it was a relief to see that hospital bed. Many tests later it was decided I had Colitis as well as all the pills I was confined to bed rest for 6 weeks; I was now frantic over wedding plans we wrote our invitations from that hospital bed and many of the arrangements were decided; I finally got home 4 weeks before my wedding, feeling relieved and also so much better on the treatment. My wedding day was perfect; so happy and everything a girl of 19 could have wished for, but 3 months later all was not well I had Appendicitis and was rushed into A&E I underwent an exploratory operation because of my gut history, everything went downhill as I failed to pick up and test results seem to take forever to come back, it was an anxious time for my husband Andy and my beloved parents, finally we were told I had Crohn’s Disease and Colitis then immediately referred back to the little hospital that had first treated me; still very weak and thin they nursed me back and changed my treatment but over the next 18 months it became my second home I only got some weekends at home and perhaps an odd day until I finally went to 41/2 stone in weight and it was decided to operate I had a total proctocolectomy and really cannot remember a lot about those few weeks, I was rushed back to theatre after 10 days with a massive abdominal abscess which erupted in theatre and then they drained another 3 litres I spent Christmas there and could only go home when I reached 5 stone what a long haul that was to be. I began to feel so well after about a year I couldn’t work full time so I took a job part time and all was well until 8 years on when the old symptoms re-occurred, I was back under the surgeon a resection for the disease was performed and a new stoma; a lot less gut once more. It was another 2 years before the disease struck again and in this time Andy my husband and I had done so much counseling at the hospital’s request for people undergoing bowel surgery, the staff by this time were good friends and were always telling me how precious I was and an inspiration to others, we were only too pleased to be able to offer our shared experiences to others facing similar surgery until again I was myself facing active disease having to under go a re-section and another stoma refashion yet again my inner sparkle and love of my husband saw me back on my feet and wanting to conquer the world.

I had sadly lost my beloved dad {pop} at 46 with motor neuron disease, which rocked my world we had been so close, closely followed the lose of my second pregnancy we were never to be blessed with children.

Over the next few years my husband had spinal surgery and had a 3 month stay in hospital with complications I again lost weight and started to be ill with the stress of trying to run my husbands business, visit 6 hours at the hospital and carry out life’s usual tasks. I had Laser ablation of the womb followed by a diseased Gall Bladder with stones removed, my word this was nothing like gut surgery, I struggled with it all. I experienced Septicemia had my elbow operated on twice and was diagnosed with Fibramialgia, hell my body was rebelling all over the place what ever next I now really only knew how to be ill and then my much beloved special lady mum Sheila was dying of liver cancer I felt my world falling apart, Andy and I nursed her until she died at our home this was the greatest loss I have ever felt since my pop had died, our lives felt they had stopped in time, I don’t know where this strength comes from to carry on, her loss was so great !!

Now I had perennial sinus/fistula and a paraileostoma hernia what joy, I had these fixed by surgery but hadn’t bargained for a perforated bowel again a longer journey to be endured. A few years went by and we lived as good a life as possible we have brilliant friends and have always enjoyed when able going out to what ever was going on and charity fundraising, along with the few but very memorable holidays we have shared on the way; a lot of my hobbies at least are around the home, I cherish my garden, I am an accomplished knitter, dressmaker and an all round creative sort of girl with a passion for cooking, my husband however has so many hobbies, he is very accomplished in so many disciplines which has turned out to be a real bonus over the years.

It was through a misunderstanding with the consultant I was under that I was fortunate enough to be seen at St Marks, the turning point of my life; I cannot express enough of my gratitude to the dedicated team and all the staff that work within this unique hospital known as the center of excellence which lives up to it’s name, here it was found I had a 9 cm tumor in my adrenal gland which was successfully removed in 2003, following several years of salt deficiency and dehydration of which lots of methods were applied to correct, and then a renal failure, I was introduced to the intestinal failure unit at St Marks Hospital in Harrow where a central line was introduced and I now administer 21/2 liters of fluids etc every night, this has proved to be a massive turning point in my life, although not always straight forward, and I have, for many years found it difficult to eat the right thing!!!! As my Ileostomy has tended to be overactive for 24hrs a day with all the downsides that in itself brings.

I find myself thinking how fortunate my life has been I have a wonderful friend, lover and lifelong companion in my wonderful husband Andy, I have met doctors and nurses that have stayed friends with me for 44 years I have shared so much with strangers I’ve met whilst in hospital or giving what I considered to be the best of my little knowledge whilst counseling, I have known such great heartache that I have now lost all of my family, my brother also died of Motor Neurons Disease I have agonized at never experiencing giving birth to my own children but my life has always been full of love and hope and even if the future holds more of the same for me I will always have that love and hope and trust my sparkle will always be bright.

There you have it, in Sues own words, Sue was a remarkable Lady, even today I know that some who read this will be thinking, I had know idea Sue had suffered so. I am proud of her, somewhere in between so much misery she found happiness.

You suffer no more, rest in peace Susie, until we will meet again.

In loving memory of our Auntie Sue. We did not have enough time with you, but I am forever grateful for the times we did share and we'll treasure those memories always. With much love, Pam and Timmy xx

With fondest memories of a very special lady - rest in peace Sue.
With love from Doreen, Mark and Anita

In loving memory of Sue. Rest In Peace. From Dave and Wendy

Always with us. X

Lin and Chris Woodcock donated in memory of Susan

Rest peacefully in the loving arms of the angels x

Debby donated in memory of Susan

The memories I have of time spent with you and Uncle Andy are among my most treasured memories. Despite your challenges, your courage and kindness were unwavering. I hope you know how VERY SPECIAL you are to me. You will live in my heart and inspire me forever my dear Auntie Sue.

The memories I have of time spent with you and Uncle Andy are among my most treasured memories. Despite your challenges, your courage and kindness was unwavering. I hope you know how VERY SPECIAL you are to me. You will live in my heart and inspire me forever my dear Auntie Sue.

Dear Sue
I have so many wonderful memories of you from when I was small, to the day I proudly stood by you & Andy when you both said "I DO", even after I moved away I always thought about you, & recently we were so lucky to met up again, I am so pleased we all got that time together, it meant so much.
You were an amazing woman & an inspiration to so many. Heaven has received a beautiful angel x sleep tight & rest in peace sweetheart.
All our love Clair, Pete & family xxxxxxxxxxxxxxxxxxxxxxx

Jane and Vince Williams donated £21.30 in memory of Susan

The Heavens have gained and Angel. You will be greatly missed. Thoughts are with your Family

The Angels have gained another beautiful soul. You will be a sad loss to this world.

You will sadly missed thinking of your family at this time

Andy Willing is attending the funeral

In memory of Sue Waters - brave, beautiful and inspirational to the end xx

I remember the fun and laughter when I worked at Franklin Rooms, it was always a pleasure to see you and Andy. One special Lady was Due xx

We were pleased to have known you Sue. A special lady indeed.
Thinking of you and Andy at this sad time.
Peter & Paula Trower

Peter Trower is attending the funeral 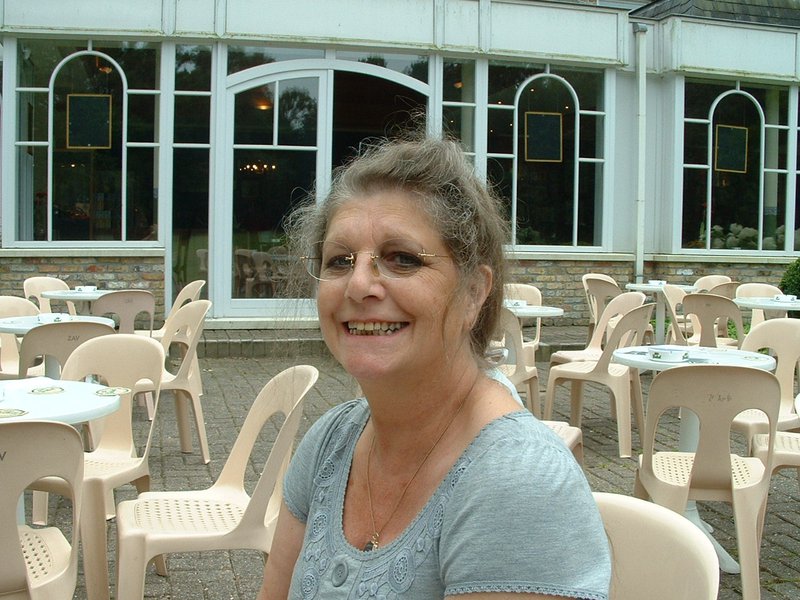 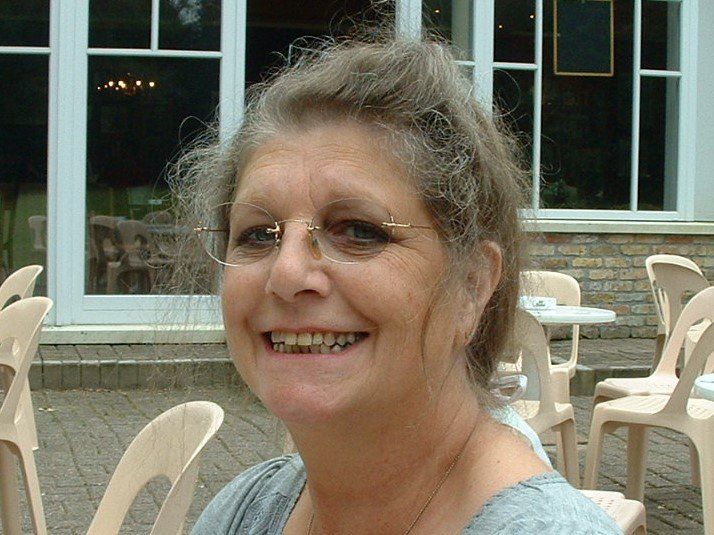 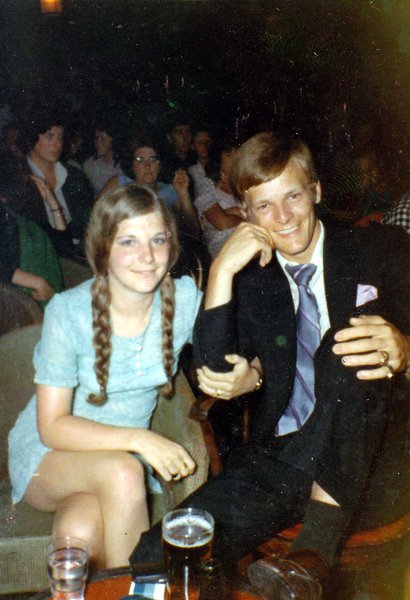 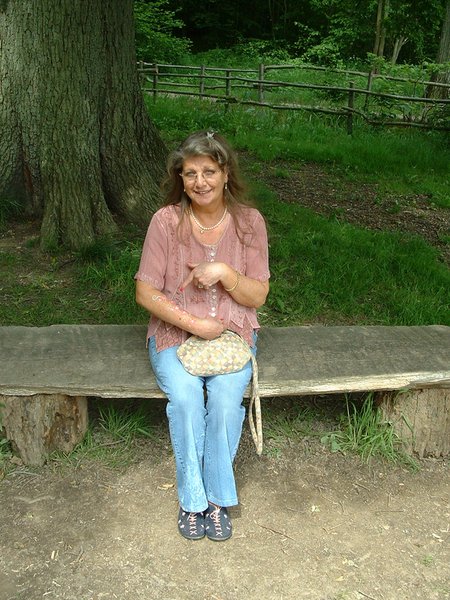 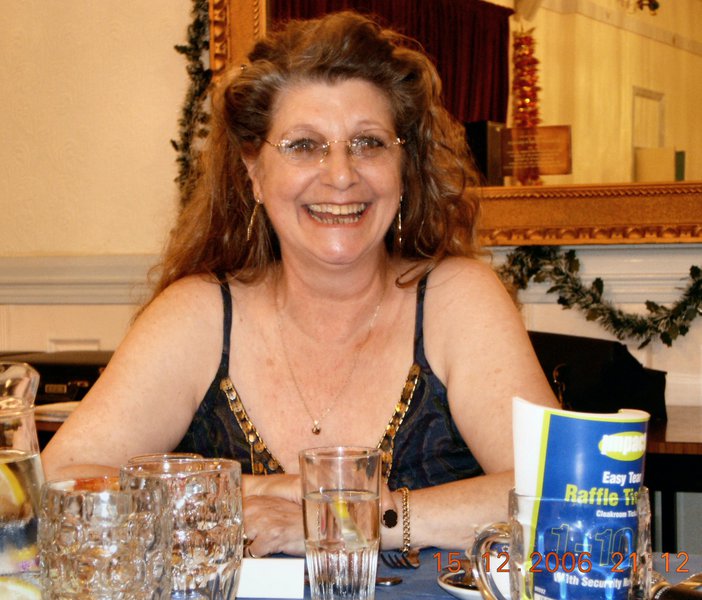 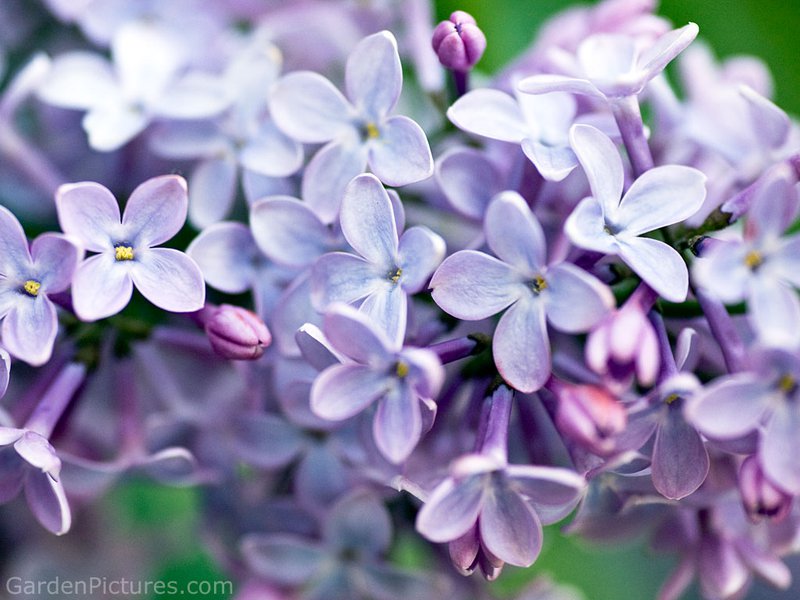