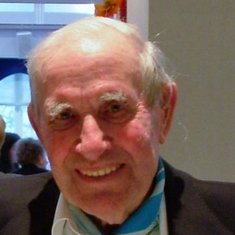 In Memory of Cyril John Eaton who passed away peacefully on the 8th October 2013 aged 99 years.

Cyril was born on 21 January 1914, the second son of Charles Henry and Beatrice Mary Eaton, in Drayton Lane near Portsmouth. His early life was dominated by the Army with his father having joined as a boy soldier aged 14 years. Mike recently came across a letter signed by his great grandfather John Owen, consenting to Charles signing up and there’s another letter from John Owen congratulating Cyril on joining the Army, dated 29 April 1928.

The family moved around to various bases that included a 6 year tour in Jamaica, which Cyril often talked about and obviously enjoyed. His sister Peggy was born in Jamaica before they returned to Woolwich. Cyril himself followed his father and older brother Sid into the army, also signing up at the age of 14 and there must be a similar letter signed by his father in some dusty MOD file somewhere.

Cyril specifically joined the Royal Electrical and Mechanical Engineers (REME) and served with various regiments rising through the ranks. Like many men of his generation he did not talk about his army career much and in particular, his Second World War service, although he was in the British Expeditionary Force sent into Belgium and Holland and subsequently survived the evacuation at Dunkirk. From there he was posted to Egypt for 18 months, then to East Africa for 3 years for reasons that he never explained, but was certainly involved in the training of Kenyan nationals who joined the British Army at that time.

By the end of the war, he had obtained a commission and was transferred back to Ashford in Kent where he met Norma. They were married in South Shields on 6 March, 1948. They received their card from the Queen on their 60th Wedding Anniversary, so although he has just missed out on one from her for his 100th birthday, at least he thoroughly enjoyed being able to show that card off to all and sundry!
Following demob from the army, Cyril and Norma moved into his mother’s house in Dairsie Road, Eltham, his father having just died on 3 November 1947. Mike appeared on the scene in August 1949 followed by Jerry in 1951 and Mum told Maggie that things got pretty fraught soon after Jerry’s birth because of the cramped arrangements in the house and his mother’s approach to having a young family there. So Cyril was given strict instruction to find a new Home! In March 1952 the family moved to Luxfield Road and in the pea souper fogs of December 1952 Maggie arrived so the relationship must have improved! Cyril by this time had completed an apprenticeship at W F Stanley & Sons of New Eltham for whom he worked making various scientific instruments until he was forcibly retired in 1979. He carried on working at a similar factory in Woolwich for a while until he eventually gave up work around 1983. Cyril was very proud of Norma working at the House of Commons Library and he took every opportunity to attend any social functions so he could mix with the VIPs. Cyril and Norma remained at Luxfield Road until August 2009 when Norma was sadly diagnosed with leukaemia and Cyril had to be moved into Fairmount Residential Home where he remained until his recent illnesses.

Cyril’s main hobbies were DIY and gardening and he spent every spare moment growing every type of vegetable – no flowers! The family obviously had to eat all his produce – even if they did regularly find greenfly in the lettuce and maggots in the peas! He also nurtured about 10 one-day-old chickens that Jerry brought home from work in the back garden in their own ‘Cyril-built’ hen house. Some were at the point of laying eggs when a storm raged one night and blew the hen house over, so they met their sad demise at the mouth of the local urban fox! The neighbours were probably secretly pleased that they were no longer woken at 5am by the cockerel crowing.

Cyril also got much pleasure from following Maggie’s swimming career. Apart from being an enthusiastic spectator, he also got involved with the admin side of running the swimming club. One snowy December, the swimming coach organised for a group of mums, dads and children to go sledging on the then bare railway embankment slope next to the A20 near Luxfield Road. Norma and Cyril went so fast on their sledge (and we think Norma was on top), that they couldn’t stop at the bottom and tipped over the edge onto the pavement which resulted in Cyril cutting the bridge of his nose and then leaving a trail of blood in the snow on his way up the slope for more!

Those who ever experienced Cyril’s driving will not be surprised to know that he never took a driving test, so when in 1965 he purchased a brand new Ford Anglia estate, Jerry walked down to the garage at New Eltham with him to collect the car, full of apprehension. Cyril smoothly drove out of the garage forecourt and then a few yards further on he almost lost control and drove the car like a horse being broken in all the way home. That was in the days before seat belts, so quite a scary experience for a 14 year old. His driving skills were legendary, but the children had to force him to stop driving in his mid-eighties for fear of Mottingham being classed as an accident black spot.

Cyril was renowned for taking photos whenever anyone visited. Everyone had to pose in the front or back garden whilst he contorted his body into all sorts of positions to get the best shot. This usually resulted in everyone either being huddled on one side of the photo – or headless! And the children still have photos of themselves wearing every combination of school uniform.

Cyril did not react well to being moved to Fairmount and for a long while would not leave his room except for meals and when visited. He was always very keen to have a trip out and Maggie and Jerry would take him on drives each week. During the warmer months, he enjoyed being pushed round Greenwich Park in his wheelchair and always wanted to strike up a conversation with anyone who would listen and in particular, tell them how old he was. Unfortunately, his hearing had become so bad that it was left to Maggie to carry on the conversations and she became quite good friends with many foreign tourists!

Cyril found it hard to express affection towards Norma and his children. No doubt his army life had trained him to have a ‘stiff upper lip’ and not to show his feelings. Although to many on the outside world he could be charming, polite and even amusing at times, at home he could be quite difficult. He liked order and was upset if things weren’t done his way and at the right time. The phrase ‘now look what you’ve done’ was often used when the family didn’t do things quite the way he wanted. Sadly he wasn’t generally a happy person and his glass was often ‘half empty’. Having said that, he did generously pass on his DIY and gardening expertise to Mike and Jerry, who have both improved on Cyril’s ability by being able to put a shelf up on the level.

Cyril liked some music and brought his own interpretation to a number of well-known tunes on the mouth organ. Favourites such as ‘She’ll be coming round the mountain’ were almost recognisable when he played them.

He regularly told people the reason he had lived to a ripe old age was because he hadn’t abused his body. The family think it was the spoonful of cod liver oil he took every day, which might also be why he never broke any bones when he fell over. He also told everyone many times how he was ‘Tall, Fair and debonair’, but he said he never quite reached the accolade of being the best looking man in the street.

Following a bout of shingles last Christmas, he began to decline and started to fall over a lot. He gradually withdrew into himself and would just sit and think or sleep. So it was no surprise when he had to be admitted to Hospital after a fall. He survived two serious infections before being moved to a Nursing home and after two weeks of excellent care, faded away as his body finally gave up the fight.

So this is the end of an Era really and as one friend has said ‘he’s probably up there now terrorising your Mum again!’

Marion donated £20 in memory of Cyril

Lorraine donated £20 in memory of Cyril

Lynn donated £20 in memory of Cyril

Patricia donated £20 in memory of Cyril

albert donated £20 in memory of Cyril

I wish I had met you more than what I did as a child but I brag about my brit family and you and your dad.
I hope that like I have been told of heaven that you are young and full of vigor and have met up with your dad, mum, and wife.
I will miss you and I hope to keep in contact with your son
love
penny

Ann donated £15 in memory of Cyril

Ann donated £25 in memory of Cyril 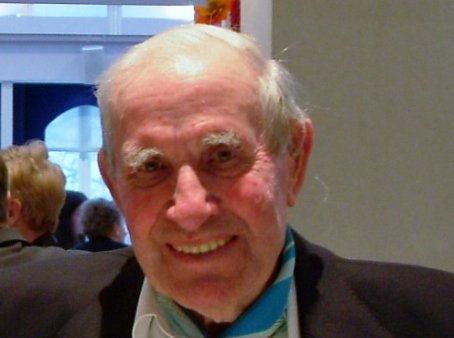