A guide to Hindu funerals, cremation and death rituals 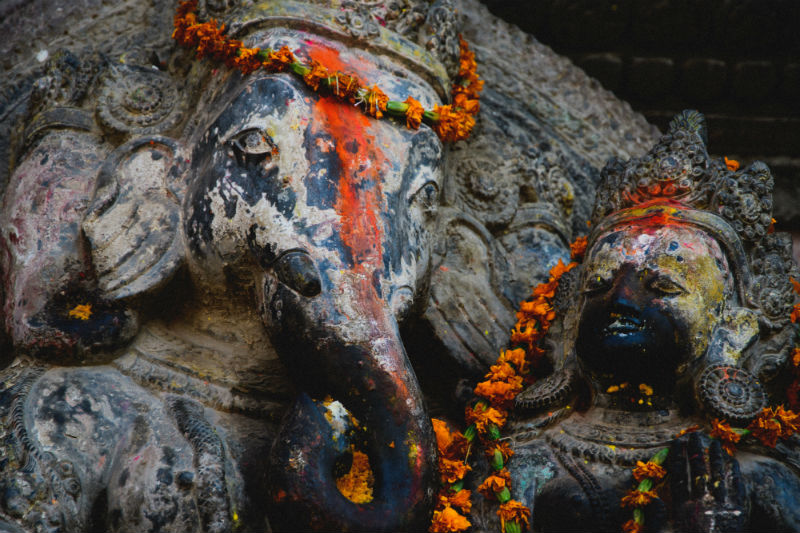 Photo by David Vilches on Unsplash

What are Hindu beliefs about death?

The Hindu funeral is based on a belief in reincarnation, which means that when someone dies, the soul reincarnates into a different physical body or life form.

Hinduism, with over a billion followers worldwide, first originated in India. Hindus believe in Karma - that the soul’s next incarnation depends on the actions of the individual in their previous life.

To leave the repetitive cycle of birth and death, a person must attain moksha, a state of liberation where the soul is absorbed into Brahman, the transcendental life force in the Universe.

Although this belief is widely accepted in Hinduism, bear in mind that there are many denominations of Hinduism, each with differing customs and beliefs.

What happens at a Hindu funeral?

Hindu funeral rites and rituals may vary depending on the sect, family traditions and the location of the family of the dead person.

Cremation is usually the norm in Hindu funerals. According to Hindu death rituals, when a person dies, they remain at home before they are taken to the cremation venue.

A viewing will normally take place before a Hindu cremation, but since the cremation typically happens within 24 hours after death, they are usually brief. For the same reason, embalming is rare and unnecessary.

The person who has died will be displayed in a simple casket with flowers placed at the feet, and a garland of flowers or a necklace of wooden beads draped around the neck. If the person is male, ash wood or sandalwood may be smeared on their forehead. Turmeric is used if the person is female.

Hindu funeral prayers, including mantras and hymns are recited by family and friends around the casket for the duration of the viewing as part of the Hindu funeral rites. Towards the end of the viewing, some Hindus observe the custom of placing rice balls close to their loved one.

The person who has died is traditionally only touched when absolutely necessary. Traditionally, the bereaved wash their loved one. In cases when this is not possible, a funeral home will attend to this ritual.

The cremation forms an important part of the Hindu funeral ritual, and it traditionally takes place within 24 hours of death. This is not always possible now, as crematoria are often quite busy and may not be able to offer a time slot at short notice. However, the funeral may still take place fairly quickly.

Today, most crematoria can accommodate the traditions and rituals of a Hindu cremation. Typically, the casket is carried into the crematorium feet first, while mourners recite prayers. Then the bereaved will circle their loved one in prayer and observe the cremation. Once the Hindu cremation is complete, the service is over and mourners may go home.

What happens after the Hindu funeral?

Traditionally, on the day following a Hindu funeral, the ashes are scattered in the River Ganges considered sacred by the Hindus. Hindus living outside India may choose to repatriate their loved one’s ashes so that they can be spread over the Ganges, but this is not always practical or affordable. Alternatively, many Indians are now choosing to scatter ashes at a local water body or at a preferred place of importance.

Typically, the bereaved mourn for 13 days after a Hindu funeral. During this time, it is customary for families to have a picture of their loved one displayed in the house, adorned with a garland of flowers. Visitors are welcomed during this period and a ritual that helps the soul to reincarnate is performed.

On the first anniversary of the death, the family celebrate a memorial event that honours their loved one’s life.

What to wear to a Hindu funeral

What to wear to a Hindu funeral differs greatly from most other major religions. Mourners should wear simple, white clothing to the viewing and service – black formal clothing is not appropriate.

According to Hindu funeral customs there is usually an open casket and guests are expected to view it. You should do so quietly and respectfully, and without touching the person who has died.

Hindu funeral flowers are a common tradition. If you wish to send flowers, they should be sent to the family or funeral director before the funeral service. It is usually not considered appropriate to bring food as a gift.

Non-Hindu mourners are generally welcome to participate in Hindu funeral rites, but there is no pressure to take part if this compromises your own religious beliefs.

Find out more information about other religious funerals.