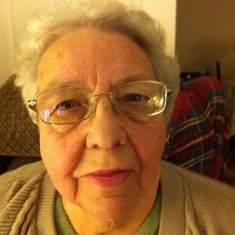 In loving memory of Penelope Ann Burlington who sadly passed away on 5th August 2020.

Private family service to be held at Rosehill Crematorium, Doncaster.

Penelope Ann (Penny) was born on 18th September 1939 in Worksop, an only child for Hilda and Willie Hall. She always recalled having a happy childhood. On leaving school she took a job in a firelighter factory and later doing ironing and pressing men’s suits. Later she took a job in a shoe shop where she eventually became manager.

Growing up Penny loved to dance and it was at the Palais de Dance in Worksop where she met Keith who she married on 24th September 1959 at St John’s Church in Worksop. They were soulmates and best friends and enjoyed almost 50 years together before Keith sadly passed away in 2009. Penny and Keith had Lynn, their only child became a very strong loving family, they enjoyed holidays in their caravans, in Dublin, in Windsor, their boating holidays on the Norfolk Broads, the Severn and Avon Canal, on Loch Lomond, the Dutch Canals and later on cruises (where someone else drove the boat!).

Another addition to the family came when Colin married Lynn, both Penny and Keith welcomed him to the family and treated him like the son they had never had. When Lynn was born Penny became a full time home maker, she loved to cook and entertain, her cooked dinners were amazing although Colin would often tease her about her about her meat and potato pies – he’d say “you can all stop looking now, I’ve got the meat this week!”

Her friends were really important to her too, she enjoyed going to the dinner dance with George and Marion, to the Bingo and Dominoes with Jean and her Boxing Day Parties were legendary. Whenever friends visited they would never go home hungry. She loved to talk to friends and family on the phone and got great pleasure from telling her stories and making people laugh, she enjoyed the weekly calls with Sue and often the several times weekly chats with Marion. She also enjoyed having a bit of fun with her carers and was grateful for the help, support and company she received from her carers from Knight’s Homecare.

When Lynn and Colin had Victoria both Penny and Keith were absolutely delighted to become grandparents. I am sure she rang everyone in the telephone directory to let them know she was going to be a grandma. She was quite adamant that she wanted to be called grandma as she didn’t like nanna. However, one of the first words Vicky said was “nana” and so she became Nana Penny. Despite this, Victoria really was the apple of their eye.

There was always a pet dog in the family – Laddie, Ben, Jack, Fleck, Max and most recently Bailey. Penny and Keith loved their animals and Penny also became Nana to Bertie, Vicky’s horse.

In her final years, when she was no longer able to look after a dog, Penny got Muppet – her beloved cat. He was meant to be the mouser from the stable yard where Vicky kept Bertie, and when the owners abandoned him, Vicky brought him home to live in the shed. Penny couldn’t bear the thought of Muppet being in the shed all by himself so agreed for him to be brought into her house. He had never lived in a house before but soon took to his new life of luxury where he didn’t need to catch his lunch and slept in bed with his new mummy every night. He proved to be great company for Penny, whenever she spoke to him, he always “spoke” back. Sadly, Penny lost Muppet only a few weeks ago.

As Lynn has contacted friends and family to advise them of Penny’s passing she has gained much comfort from the words people have used to describe her mum – she was a lovely lady said one, she was so kind and generous said another, she was a great friend said a third.

Penny’s life was a full one, filled with love for her family and friends and although we feel such sadness and a sense of loss that will never leave us, we should all remember that we have been blessed to have shared in the joy, happiness and smiles that Penny brought into our lives and find solace that her light is one that will never dim.

With love from Alan and Sheila xx 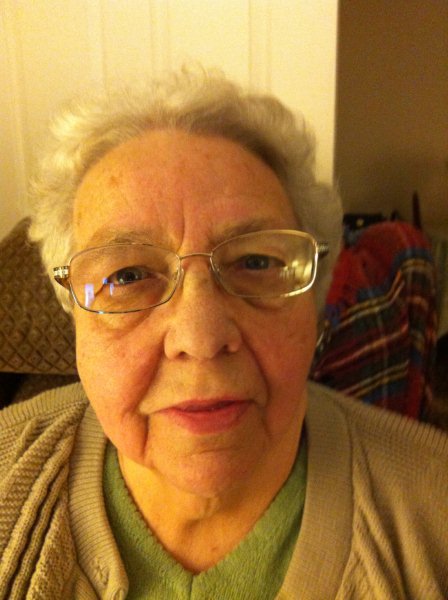