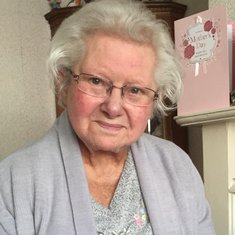 Always in our hearts : it saddens me to inform the death of our beloved Mother Mrs Evelyn May Montgomery. Our mother died on Friday 10th April 2020. Our mother will be buried alongside our father Robert Montgomery on Tuesday 12th May 2020 at Hillview Cemetery Welling, where there will a short service attended by direct family.

Eve was born prematurely on St Swithin’s Day in 1931.
Her parents Leonard & Mary bathed her in olive oil to protect her delicate skin.

Eve had a happy childhood in Granville Road and remembered her cousin John being born, followed shortly by her much loved sister Doris. They had a lot of fun together. Eve thought fondly of their trips to the coast and of visiting grandma who always treated the children. Mum happily reminisced her childhood in Granville Road and could always remember who lived in the houses around her in Granville Road.
Tragically Eve’s father died in 1947 followed by her mother less than two years later.Eve and Doris were subsequently cared for by their Aunty & Uncle and moved next door to live with them & John.

Margaret was Eve’s best friend and her cousin, in his Navy uniform, was beginning to catch Eve’s eye. The romance blossomed and Eve married Robert June 1954 at St John’s Church. Together they enjoyed 57 happy & fun filled years of marriage.

They had 3 children: Carol, Paul & Linda who enjoyed a happy childhood with memories of:

Sunday outings and holidays to Littlestone and Greatstone upon sea
After Bob retired in 1983 they had a wonderful retirement together.
Eve loved babies and they had 8 grandchildren: James, Sara, Fiona, Lisa, David, Matthew, Charlie & Thomas. & Luke their great grandson.

It is hoped that once allowed all the family can join together in a memorial service. 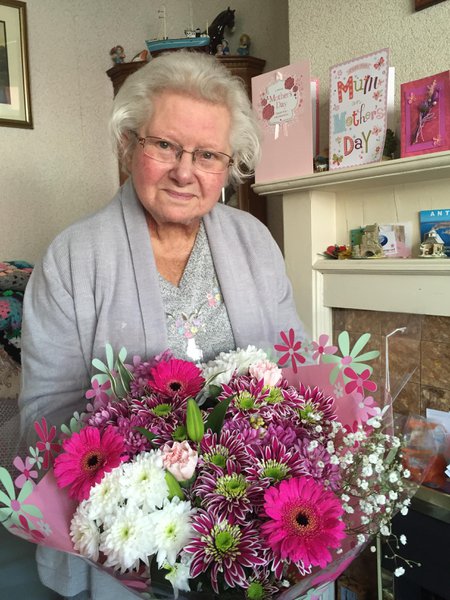