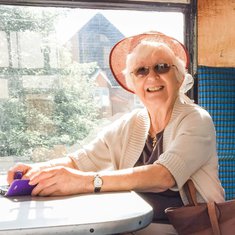 In loving memory of Valerie Ann Lye who sadly passed away on 7th November 2019, aged 75 years.

She eloped to Edinburgh with husband John in 1962 where they lived for awhile, and Colin their eldest son was born there, moving back to London the following year with Roy being born shortly after.

They moved to Basingstoke in 1969 as part of the GLC overspill scheme. The 3 bedroom house in Popley was like a palace compared to the tiny flat they had in Putney.

Strangely one of the things that Valerie missed after the move from London was socialising with the mothers at the local parks, where they would take the children after school. So before too long she had found out about The National Association of Women’s Clubs and became a founder member of Abbey Ladies Club, in Popley.

It was just a short step from there to becoming the secretary of the Basingstoke Association of Women’s Clubs representing them at several of the Nation Conferences.

This was the beginning of a long “career” as a committee member with various organisations. It was not until 1979 when the boys were at 6th form college that she decided to return to full time employment and started work for Sony Broadcast as a clerk in the procurement department later moving into sales administration.

She worked there for 16 years until being made redundant in 1995 when the admin of the Middle East Sales Dept was moved to Dubai, by this time her and John had discovered their love of golf so Valerie chose to work only part time from then on until her eventual retirement in October 2012.

She was an active member of Weybrook Park Golf Club and also Ladies Captain in 2002.

After the death of her husband John in 2007 Valerie decided it was time to see more of the world, something they were always “going to get round to”. Some of the places she visited were Italy, Egypt, Morocco, Tenerife, Memphis, Andalusia and Boston, friends were always asking where she was off to next but there was always one place they could always find her when the music started to play and that was on the dance floor.

In 2017 she moved from her 3 bedroom house in Popley to live with her eldest son Colin and his young family. A household of 3 generations gave Valerie the opportunity to be a full time “Gran”. A role she clearly loved.

She will be sadly missed by many family and friends.

Been great knowing you Val. Enjoy your new life back with John x

will miss our dances!

So sad. We will all miss you at Weybrook GC.
R.I.P x

You were a very good friend - I will miss you a lot.

So very sorry to lose a good friend

She was a good friend to Barbara and will be greatly missed.

Val was a good friend to me and will be greatly missed.

Val and I worked together in a small office so we spent a lot of time talking. She was a gentle soul who will be sadly missed.

Richard and Alison Jackson donated £10 in memory of Valerie

Vera Mitchell is attending the funeral

Still can’t believe this, Val will be greatly missed. Our thoughts are with all her family. Vera & Horace. xx

Sue Sharman is attending the funeral

Song of Farewell;
May the choirs of Angels come to greet you, may they speed you to Paradise.
May the Lord enfold you in His Mercy. May you find Eternal Life.

Rest in peace Val, you will be greatly missed.

Rest in peace Val, you will be greatly missed.

Valerie!
I am grateful for your love, energy and devotion to your family. You took in Camilla under your wings as if she were your own daughter and I am so thankful for that. The time Theo and Eden got to spend with you is so precious. Rest in peace dear Val

Carol Summerton is attending the funeral

You will be sadly missed Val. Always in my thoughts. R.I.P. XX 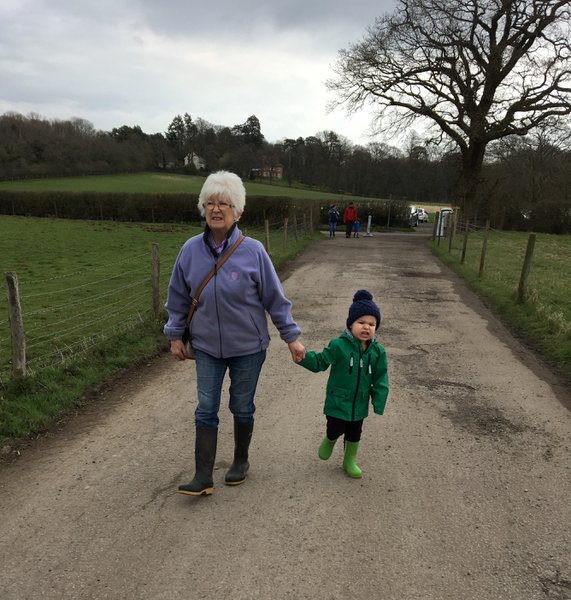 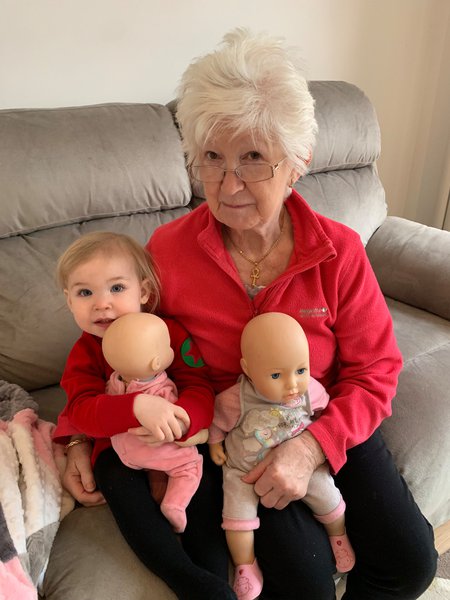 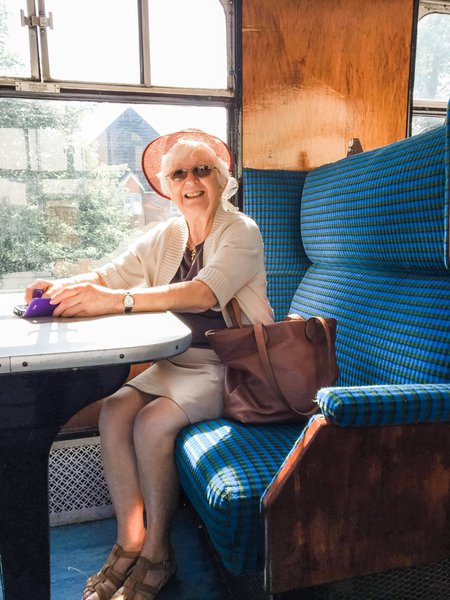