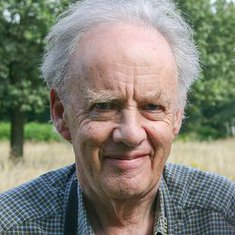 In loving memory of Dr David Maurice Yates who sadly passed away on 20th April 2019 at Kingston Care Home after a courageous battle against Dementia with Lewy Bodies aged 84.
David was born in St Albans in Hertfordshire in 1934 and his childhood was unsettled by frequent moves around the country following his fathers job as a tax inspector. After the family returned to Dorking, David was sent to Charterhouse School in Godalming as a boarder. He didn't like being away from home but his father believed he would gain a good education and hence future success. He was academically able and managed to gain a place at Oxford University studying Mathematics. It was at Oxford that he met his future wife Patricia who was studying Botany, they have remained a devoted and loyal couple ever since. Having graduated he took up a commission with the Royal Navy as a meteorologist, training at Kete in Pembrokeshire and then stationed at Lee on Solent in Hampshire. Having gained a more permanent home base, he and Patricia got married on 7 September 1957, and a year later welcomed their first child Imogen. At the end of his naval commission David chose to return to his mathematical roots and took a job with Leo Computers. From then on his career was based solely around computing. He moved to the National Physical Laboratory in 1962, and in the November that year his son Alan arrived. He gained a PhD developing computer translations from Russian to English. His second daughter, Meriel, arrived in 1970. He rose through the ranks at the NPL and was involved in technologically important developments which underpin many current computer based systems. On retirement he wrote a book called Turing's Legacy detailing the history of computing at the NPL which was published by the Science Museum and gained him a fellowship. Retirement gave him the luxury of targeting his hobbies and interests. He maintained his computing expertise and applied it to a range of applications, photography, book compiling and artistic creations. His main hobby was birdwatching but his interests ranged widely from astronomy to puzzles and from music to books. He loved visiting historical sites and houses, climbing mountains, immersing himself in scenery and nature. Many family holidays were spent in Scotland particularly the Hebrides but he and Patricia also travelled more widely with New Zealand and Norway proving highly successful.
Although successful in his career the family will remember his as a loving husband, father, grandfather and greatgrandfather. He adored small children and they responded affectionately to his warmth. As a father he nurtured his children in an supportive and engaging manner, generating a legacy of inspiration that has influenced their life choices, careers and talents. Although not a religious man in later years he held strong ethical views and lived by his own creed based on the value of love, altruism, truth and constructive action. He was a modest, conscientious and devoted man who has quietly left a legacy that will shape the future of technology and the lives of everyone he knew.
His family will miss him greatly but will dwell on the happy times and celebrate the wonderful man that he was.

Both Neil Sandford and I are saddened to learn of David's illness and death. Our sympathies go to his family. Although neither of us worked directly for him, we have good memories of our time at DITC, NPL with him. He was a lovely and kind person and will be sadly missed.

In loving memory of a beloved cousin.

For a really great line manager who taught me much about enabling people to excel.

David gave me employment at NPL, first as a student, and later as a permanent member of his team. He was a popular project leader who treated his staff as personnel, rather than resources as is often the case these days. I remember discussing how we were each getting on solving puzzles published in "The Times" newspaper. I recall too, that he had an interesting collection of old calculating machines.

David's project "Scrapbook" was very interesting to work on and had many features that are now available on the Internet.
Here he is talking about it: https://www.youtube.com/watch?v=QqB0w1FkR3o
I believe there is a Scrapbook system in the museum at Bletchley Park.

I have happy memories of working for David, and offer my condolences to his family. 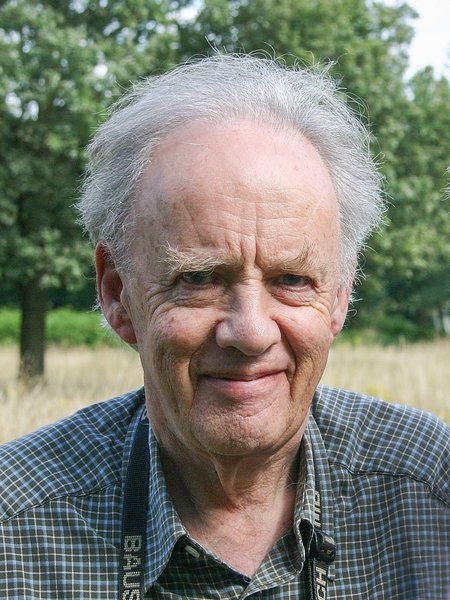