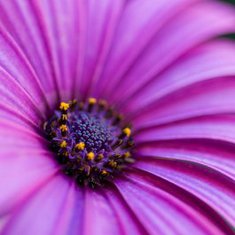 In loving memory of Darren Neal Kennedy who sadly passed away on 7th February 2019. For many years Darren was known as Johann Tomato Strauss and his online mixes amassed quite a following. His talent for taking totally different artists and mixing them together to make a new sound, was so clever & inspired, that people across the world contacted him to make music for them. For me, he was the most affectionate, gentlest and loving of men. He was thoughtful in everything he did from buying a card to holding a political debate. He had very socialist views and admired Tony Benn & Dennis Skinner in the political arena. He had no materialistic desires, never greedy, just humble & all he wanted in life was to love and be loved, which he was. All who knew him comment that he was “a kind soul” “gentle soul” “one of the nicest men you’d meet” so I was privileged to be loved by him. Although Darren had no children of his own, he became step father to my children and grew particularly close to Sam as he parented him from a teenager. Sam & his bond was a joy to watch evolve. When Darren lost his father, a light in his soul dimmed but he continued to be so close to his mother Maureen, brothers Haydn & Leigh and his nephew and nieces, Robbie, Lori & Lana. He didn’t like being in big company but loved being at Mark & Kate’s with their kids and his friends and he could party easily. His lifelong friend Lee Marlow changed his name at the same time as Darren & is still Amadeus Celery Mozart made Darren’s life fun during his teen years onwards, where they learned the art of mixing together. Angie his wife and Shane his brother joined the fun and were still friends at his passing. He will be very sadly missed by all whose lives he touched.

I could sit and write a whole book about the fantastic times Darren, my brother, my wife and me had together during the 80's, it was a golden time and one I will never ever forget. Darren and I met in the late 70's while at Kettering Boys school, we both shared and interest in music, football and pornography at that age, both only just 14 or 15 and our whole life ahead of us. When I moved to Weekly Glebe Road in the Spring of 1981 we became even closer, he lived just 200 hundred yards away in Almond Road, (a street very familiar to me as it was where my father grew up and lived).

Darren and I, alongside my brother Shane Marlow use to make silly comedy tapes in the summer of 81, they were surreal comedy sketches which can only be compared as a early version of Vic Reeves and Bob Mortimer with a splash of Monty Python. Looking back it was probably the most I have ever laughed, Darren had the same sense of humour and we bonded so well. In 1981 we both discovered girls and our music passion grew stronger, I was weirdly into disco and yet became a Madness Nutty Boy and Darren loved the Electronic New Romantic sound, although also had a soft spot for a bit of Ska and Madness. He still had his first love though which was Elvis, a true fan who collected everything he could… a lot of our early wages were spent on vinyl… maybe too much.

In 1981 we both turned 16 and Darren was with me when I met Angie Clark, who went on to be my wife, (and still is at the time of writing), she was a local only 14 years old, we became childhood sweethearts… but me and Darren still stayed close, in fact we became a bit of a threesome. We didn’t have much money back then, so we would walk the streets together around the Almond Road estate, listening to music from our then fashionable Ghetto blaster tape machines. From here I feel like I want to go in-depth about our story through the 80’s but maybe this isn’t quite the right time or place just yet. I just wanted to paint a picture of how we met and it lead on to a fantastic decade. Music, clubbing, DJing, mixing, travelling and lots and lots of laughter.

In the early 90’s although we still worked together at Booker Cash and Carry in Kettering we slightly had less time together socially, I got married and had a child and bought a house and life started getting in the way of the fun we regularly had in the 80’s. We both still loved music and we bought our first studios together, something we had both once dreamt about. Darren was very very talented.. he inspired and help teach me to learn the basics of mixing during the 80’s and without him I may have never found a career in the music business. My biggest regret, now that he has gone was… that Darren wasn’t part of the lucky break I had, which was to make a career from music.

In the early 90’s when Darren lost his dad, a little bit of his spark left his soul and I think that was a dramatic change for him, his get up and go, passion and drive to achieve so much wasn’t there any more. We didn’t see much of each during the mid to late 90’s, something again I regret and feel somewhat guilty about.

Darren has always had a great family around him and Leigh and Hayden were true brothers, a strong bond that I witness from way back when we all first met in the early 80’s. I’m so glad Darren met Sharon though, it happened while I wasn’t looking and he first introduced us at a local pop quiz in Kettering. From the first meeting I could see they were good together and I could see a lot of restored happiness in his eyes, it was like he had found his true soul mate at last.

When I found out Darren was gravely ill last year, I was deep shocked, a man just my age (53) with a new found love for life had unfortunately been dealt this cruel blow. He was loved and cared by his family and Sharon right to the end and I will never forget the emotional wedding ceremony in Crassly Hospice 10 days before he passed away.

Finally let me tell what Darren was like as a human being…from my perspective. He was, as EVERYONE says, a warm gentle person, with a great sense of humour who floated through life with a smile on his face to everyone he met. He never harmed anyone and didn’t crave or want to for the greatest luxuries in life, he liked to be comfortable, with people he knew and loved. he was a very talented man and again I do wish his music skills were directed more towards a career, something I think deep down he would have loved. My biggest wish however is that we could all go back in time and relive those magic times we had in the 80’s but maybe I will just have to wait and join him one day, where we can share those magical memories together once more.

In the words of the Likely Lads
“Oh what happened to you whatever happened to me?
what became of the people we used to be
tomorrow's almost over, today went by so fast
the only thing to look forward to’s the past. “ 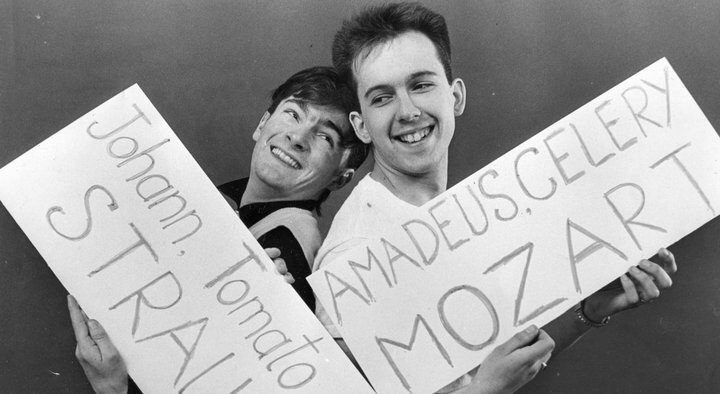 April 1986 Darren and I changed our names together to raise money and awareness for the mental health charity MIND.

Amadeus Mozart is attending the funeral and the reception

Thank you for looking after my best friend Darren in his final weeks, may your great work continue for many others who will pass through your doors in the future.

Sharon Kennedy is attending the funeral and the reception

I am sure Darren was welcomed into heaven with music of the angels playing their harps.

Carolyn Kennedy is attending the funeral

A loss to you all. May all your happy memories be held in your hearts. Renee

April 1986 Darren and I changed our names together to raise money and awareness for the mental health charity MIND.