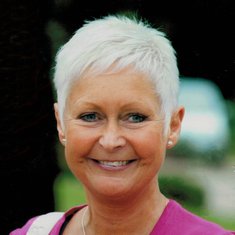 Donate in memory of
GillianFarleigh Hospice

In loving memory of Gillian Symes who sadly passed away on 5th January 2019.

Most people reading this obituary will have known Gill, either through her many years as a teacher and headteacher at Westlands Community School in Chelmsford, and through her membership of the congregation and choir at St Andrew’s Church in Boreham. What you may not know is that Gill was born on the 1st August 1956 in Oldham and was the first child of Enid and Alan Buckley who actually lived just over the border in what was then known as West Yorkshire. Gill has a brother, Alan.
The family moved south to the Romford area when Gill was young and she attended Heath Park school and latterly the Romford County High school for girls. From an early age Gill knew she wanted to go into teaching as a career and she attended teacher training at college in Brentwood. After working at numerous schools for relatively short periods Gill joined Westlands Community School as deputy head and subsequently was appointed to the headship in 2003/4. She served as headteacher until 2015 when she took early retirement, partly due to health issues and to spend more time with her family.

Gill has a daughter, Victoria who was born in 1981 and who for many years, Gill brought up as a single parent. During Vickie’s early years Gill remarried and took the name Bennison by which many of you will know her and moved to Boreham where she remained for the rest of her life. Gill became a grandma in October 2014 when Vickie and her now husband Ben’s son Finley was born, a grandaughter Florence arriving in August 2017. Her grandchildren were the light of Gill’s life and following her retirement she spent as much time with them as possible.

In 1990 Gill was diagnosed with cancer which she spent the next five years fighting until pioneering surgery at Barts hospital in London provided a cure, allowing her to continue with her career and family life. Further serious medical problems resurfaced in 2014 and resulted in further periods of surgery and recuperation into early 2017 when finally Gill could look forward to a normal life again with her friends and family. However, in October 2017 cancer was again diagnosed and, whilst treatment at University College Hospital kept the disease at bay for a time, it was this that finally took Gill from us earlier this month.

I first met Gill in January 2002 and we had been together ever since, marrying in February 2010. We had the opportunity during those years to travel and see some wonderful places and particularly take in the wildlife which was a passion of Gill’s.

Her legacy will be the number of lives she touched and changed for the better, both in her teaching career, her life amongst her friends in Boreham and St Andrews Church, as well as amongst her family and friends. Gill had many challenges in her life and met them with an inexhaustible courage and sense of humour. I, and I know, many of her friends and her family will miss her terribly but are blessed to have known, been loved by and spent time with Gill.

Gill’s wish was for people wanting to acknowledge her love and friendship, not to send flowers but to make a donation to Farleigh Hospice where she spent her final hours. Alternatively, donations to St Andrews Churche or Cancer Research would also have met with Gill’s approval.

I feel honoured to have known and worked for Gill. Sending love to all your family. Xx

Sending our love to all the family.
We have donated £38 to Cancer Research in memory of Gill x
Simon & Peta Player

Dear Vickie with much love to you and your family. From your friends Vicky and Johanna xx

With much love to you and your family Vickie, keep those Bubbas smiling like you are. From your friends Vicky and Johanna X

We will never be apart because you’ll live forever in my heart.
Sleep peacefully my darling.

Death cannot part us because you’ll live forever in my heart.
Sleep peacefully my darling.

How lucky am I to have had such a wonderful friend, who makes saying goodbye so hard .

Pam and Derek Chunn donated £21.30 in memory of Gillian

In memory of a unique lady

Lyn and Alan Buckley donated £53.25 in memory of Gillian 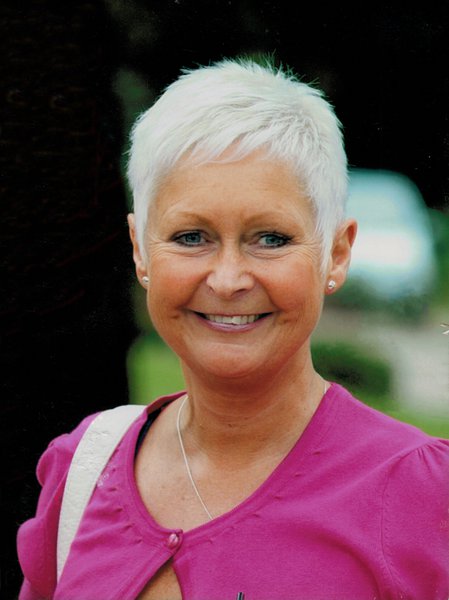