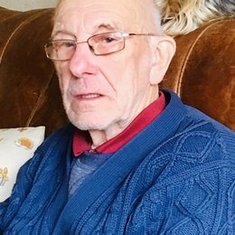 In loving memory of Derek Albert Pates who sadly passed away suddenly on 27th December 2018.
Derek was born in Nottingham on 23rd February 1933, one of 3 brothers born to Albert and Hilda Pates.

Derek spent time working in the RAF and then spent over 40 years as a fitter making valves at Hattersley Heaton in Lenton.
Derek married Dorothy in March 1959 and they were to be husband and wife for nearly 60 years. Together they had a son Graeme and a daughter June.

Derek had a great and obsessive love of fishing and entered many fishing matches which culminated in various trophies and cups. Also a fan of football too.
Derek had 4 granddaughters, a great grandson and a great granddaughter. He was delighted when 2 of his granddaughters showed an interest in football at aged 6 (although I think he’d have preferred it to be the fishing). They continued to play as they grew older and he’d often support them and watch them play the “beautiful game”.

Throughout the years Derek had a few dogs as pets and Max his faithful Yorkshire terrier (who was with him when he passed) doted on him following his every move.

Derek also loved pottering in his garden and would grow his own vegetables and flowers and also enjoyed watching his fish in the pond.

Derek will be sadly missed by all his family, friends and neighbours but leaves some lovely and funny memories which will be treasured forever.

Sending love and heartfelt sympathy to Dot and family, so very sorry to hear of your sad loss. Sorry for the lateness I’ve only just found out. Will miss seeing Derek when walking his little dog. We often had a little chat about Berridge Avenue from the sixties.
With love
Beverley. 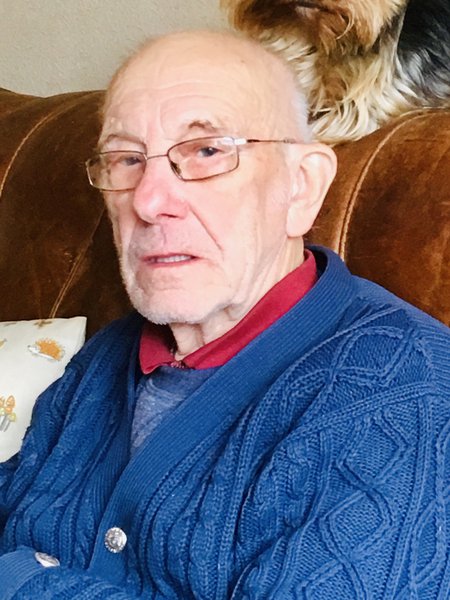