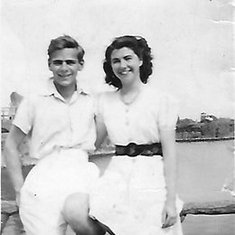 Whenever George reflected on his life, his constant refrain was that he had been very lucky. While there is some truth in it, those who knew him well would smile and see George's ever present optimism and modesty in this sentence. His life is a story forged by persistent determination, a keen intellect and enduring love, as well as, of course - just enough good luck!

George spent his childhood in Lincoln with his sister, Vera. The city formed an important foundation for George and always remained dear to him. It was here that he forged many deep, lasting relationships which would go on to shape his life and unite families in friendships that spanned generations. The most important of these relationships was undeniably that with his most beloved wife, Sadie.

From an early age George had a keen sense of helping others and mucking in - quite literally while living on a farm! He always threw himself into whatever he was asked to do, particularly jobs and tasks that would benefit others. One such example was being a bicycle messenger boy for the fire services during the second world war.

This passion to help others and strong work ethic combined with his natural intelligence led to academic success and he became the first person to leave Lincoln Boys School to go to medical school and train to be a doctor. George moved to London to complete his training at St Guys Hospital. Sadie fondly remembers finishing her school homework on the train down to visit him.

It was always with a very casual tone that George recounted being recruited to join the SAS (21 Artists Rifles) as a junior doctor. The training alone, however, was pretty gruelling and he did admit to writing home to Sadie every day - he would say he was lucky to have survived it!

His taste for adventure didn't end there as he and Sadie enjoyed their holidays touring the UK and Ireland on his motorbike, Josephine. They married in 1952 at St Peter-in-Eastgate, Lincoln and spent their early married life in Bermondsey.

Shortly after they were married, they moved to Wilhelmshaven while George completed his National Service as a doctor to the school for British officers' children and where Charles was born on 24th October 1953. From there George applied to be a GP at the Gedling Surgery. Having secured the post, the family flew over and settled in Gedling where they built a wonderful, happy life together that would span more than 60 years. Their second son, David, was born in 1956, not long before they moved to Rectory Drive. The house was newly built for the family and George named it Eastgate, after the church where he and Sadie were married. It has been a much cherished home and George was never one to let standards slip. As he grew older he took such much pleasure in the garden which he kept so beautifully. George and Sadie didn't lose their taste for adventure, however, and while the motorbike was retired, they continued to travel all over Spain, Italy and France as well as further afield.

George worked his way up from an assistant until he was the senior partner at the surgery - and despite having retired over twenty years ago was always warmly greeted by many in Gedling as 'Dr Fish'. His involvement in the local community was deepened by his regular attendance at All Hallows, where he made many friends.

George had a passion for horses and particularly race horsing which lasted throughout his life - even part owning two race horses, the modestly successful 'Fire Chief' and the more aptly named, but less successful, 'Slender Thread'. For many years he was a regular fixture at the Nottingham Race course where he was the course doctor - and a pretty shrewd punter!

George became a doting grandfather to Lucy, James, Sarah and Emily. They all have wonderful memories of playing with Grandpa - his patience and imagination knew no bounds and trips to Eastgate or Sutton-on-Sea were always a treat! As they grew up, Grandpa was such a pillar of friendship, advice and warmth - always fascinated by what they were up to and what he called 'the future.' That is not to say that Grandpa was one to be left behind, he embraced the technology that has marked modern times, particularly making the most of new ways to keep in touch. As time went on, George was thrilled to become a great-grandfather to Poppy, Arthur, Bella and Charlotte, all of whom absolutely adore him. He never missed an occasion, whether a birthday, christening, wedding or leaving party and took so much pleasure in seeing his family growing and together.

George's unwavering devotion to Sadie only grew stronger with the years. He took flowers home for her once a week for decades and always told anyone who asked that she was "the most beautiful girl in Lincoln" and "absolutely wonderful." George cared so attentively for Sadie at home for many years, protecting her, making her smile and doing even the smallest of things for her when she was no longer able. When Sadie moved out of Eastgate, George took such comfort in the loving care she received at Sky Larks and the team became a second family to both of them. George always strove to ensure her happiness and security and this focus only sharpened in their old age. It was truly a love that lasts a lifetime - and beyond.

The funeral service will be held on 28th December at 1pm at All Hallows Church, Gedling, followed by refreshments in The Memorial Hall. We would remind guests travelling from further afield there is no parking available at the church. We will only have family flowers and, if desired, welcome donations to All Hallows Church in his name. These can be made in the retiring collection or through the funeral directors, A.W. Lymn.

Pam, Andrea and Jane Jaunkalns is attending the funeral and the reception

Christopher Jack is attending the funeral and the reception 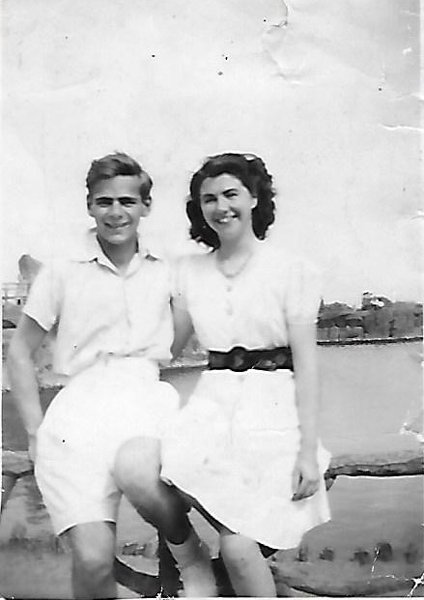