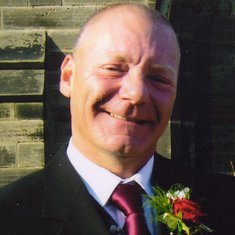 Donate in memory of
MichaelMind

In loving memory of the late Michael Warnock who sadly passed away on 20th January 2015.

He attended school at Holly Hill infants and junior school then moved on to Mathew Holland School until 15 years of age. On leaving school his first job was in the building trade working for J.B.Wheatley. He then went on to work in the mines at Underwood Colliery, Moorgreen Colliery then finally Calverton colliery until he was made redundant.

He was a life long supporter of Nottingham Forest. He had numerous shirts and scarves. He also like decorating in the home and loved to help other people decorate their own homes. He also loved to be outside making the garden look lovely, as well as helping other people with their own gardens.

He was very good at mimicking people and very good at portrait painting and brilliant at drawing cartoons of events that had happened in the pub or at work. He liked to have holidays abroad especially on the 18 to 30 trips.

While on holiday in Spain once he saw a man drowning in the harbour and jumped in and got him out of the water safely. He also was a hero to the Americans on an aircraft carrier that was off shore. He beat the top man off the carrier at arm wrestling. They picked him up above their heads and carried him around the bar. He didn't have to pay for another drink the rest of the week.

He was on the committee at Selston Working Men's Club. 'The Jokers'. He used to call out the bingo numbers as well as the Christmas decorations. He also did the cleaning there everyday, and liked to have a pint or two. His favourite pub was the Bull and Butcher at Selston.

He had two children. The eldest is Lee Warnock and the youngest is Stacey Warnock. He also got married to Alison, and was Stepfather to her two children Dina and Ryan King.

There are probably many more stories and tales to write about, but there wouldn't be enough room or time to read and write them all.

What we do know is that Michael Warnock will be greatly missed by everyone.

With many thanks to all who donated x

you are know on a long journey mick
and you will be missed , no more cheeky smiles , god mick so sorry for all your family, wish i had the magic wand
to bring you back to earth jimmy marlen &gail

Hazel and Mark Gray-Evans donated £10 in memory of Michael

much love to the family and friends of this man, heart goes out to you all

So sorry about your dad Stacey. It must be so hard for you. Take care of yourself and let us take care of you in any way we can. xx

Look after yourself Stacey, it's such a difficult time. We'll always be here for you.xx

Rip to a great man,who always had a smile and some chatter for everyone. He will live on through lee and stacey and won't be forgotten,im so sorry for your loss. On a personal note ill just say ham and mustard sandwiches,cleaning up and singing to U2....The memories will always live on xx

Rip to a great man. Lots of lovely fond memories growing up..... One of the clearest things to stand out was how much he loved lee and stacey and he'll always live on through them,my deepest condolences to them both on such a loss. As a side note I'll all say is hot days,ham and mustard sandwiches,cleaning and singing to U2. X 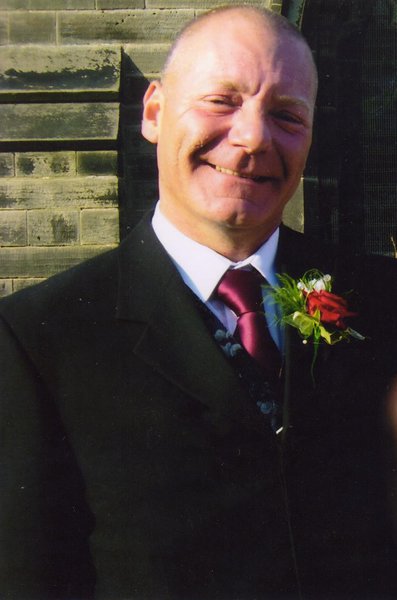