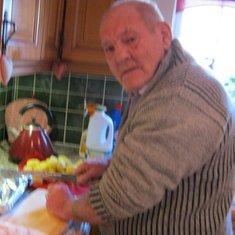 A very quiet, thoughtful man, Bill also had a mischievous sense of humour and enjoyed a laugh at other people's expense! He loved his large family and, although not openly demonstrative, he loved having them around him and they all really, really loved him.

Bill was born in Croydon on 31st October 1936 to Molly and Ted. Three years later their family was completed with the birth of his sister, Yvonne. Bill was evacuated to Wales during the war, possibly in 1942 when he was five or six years old, as part of the government's policy to remove children from the big cities and away from the bombing. He did not return to London for three years.

After leaving school, Bill enlisted in the RAF for twelve years. He worked as an armaments fitter. This was at the height of the Cold War and Bill was responsible for loading weapons , including nuclear bombs, on to Vulcan bombers. He also worked on Electric Lightning jet fighters. During his time in the RAF, Bill served in Germany and Cyprus and also went to Australia and Singapore. Having signed the Official Secrets Act, Bill was never able to talk to anyone about his work.

It was while Bill was stationed at RAF Cranwell, near Sleaford that he and Jean met at a dance at British Marco's Social club in Grantham. It was during the Summer of 1958 and, while they were courting, Bill used to hitchhike over to Grantham to see her. They were married in February 1960. That same year their first child, Angela was born, followed in 1965 by Julie, Sharon in 1966 and Philip in 1971.

When they were courting and In the early days of their marriage, Bill had a Matchless motor bike. They used to go all over on it, to watch motor bike racing at Cadwell Park and often went down to London to see his parents who still lived there. When they had just the one child, they had a sidecar fitted.

Bill left the RAF in 1964 and spent the next three years as a market trader, selling a bit of everything. He then moved to an engineering company called Aveling Barford for a number of years. Bill and Jean then embarked on a well over twenty year career as steward and stewardess at various clubs. They began at The Royal British Legion Club in Barrowby, before moving on to The Hospital club in Grantham, The Servicemen's club in North Hykeham, near Lincoln, The Servicemen's Club in Acton and back to the British Legion Club in Barrowby. They ended up at The Hospital Club again before retirement. They both enjoyed the life very much.

Bill had qualified as a chef while he was stewarding. He combined work with taking a City and Guilds course by going to Night School. He was a very good cook and he and Jean used to cater for all sorts of occasions at the clubs, weddings, christenings and funerals. They even did Phil's wedding reception.

Bill was a man of many talents and was also a big sportsman and sport lover. He had played for the Crystal Palace B team, in the 1960s, and had played with Jimmy Hill. He was a fully-qualified FA coach and had done the course with the former England manager, Graham Taylor. Phil also remembers seeing his dad chatting to Jimmy Greaves on one occasion. He coached a Grantham team called Meres Rovers for many years. He played cricket for Sheringham and he used to box for Ruston and Hornsby in Grantham. He only lost one fight throughout his boxing career.

Bill and Jean loved holidays and had a mobile home at La Manga in Spain for quite a while and enjoyed going to stay there.

As the years went on, Bill and Jean became grandparents 13 times over. Angela and her partner, Paul, have four children, Thomas, David, Joshua and Gemma. Julie is married to Ian and they have three daughters, Henrietta, Elizabeth and Emily. Sharon and husband, John's, family are Daniel, Charlie and Tasha, and Phil and his wife, Clare, also have three daughters, Sophie, Mollie and Maisie. The youngest generation are their three great-grandchildren - Tasha's son, Joel; Gemma's son, Jacob and David's daughter, Amari. Bill loved to spend time with them all.

Bill was diagnosed with lung cancer just a few short months ago in August. He was having treatment and was fighting the illness hard. Sadly, he developed pneumonia, and was not able to recover from that. Jean and his children take some comfort in knowing that they were all with him at the end and that Bill knew they were there.

Having only met Bill a couple of times this is a lovely tribute to his life and lovely marriage and family life.

Rob and Doreen Michalski donated £20 in memory of William

We only met your Dad a few times but he was such a lovely man.

thinking of you
Love Doreen, Rob, Kirsty, Leanne and Alina

Rob, Kirsty, Leanne and I only met your Dad once Julie but he was a lovely man.

Grandad was a quiet man in his later years but every so often he'd give a hint of his vibrant past. I only wish I'd heard more of the stories. His presence will be missed by all of his family, particularly this Christmas time.

Reading this tribute confirms what a talented man he was. Very proud to have been his granddaughter. Will miss him very much xx 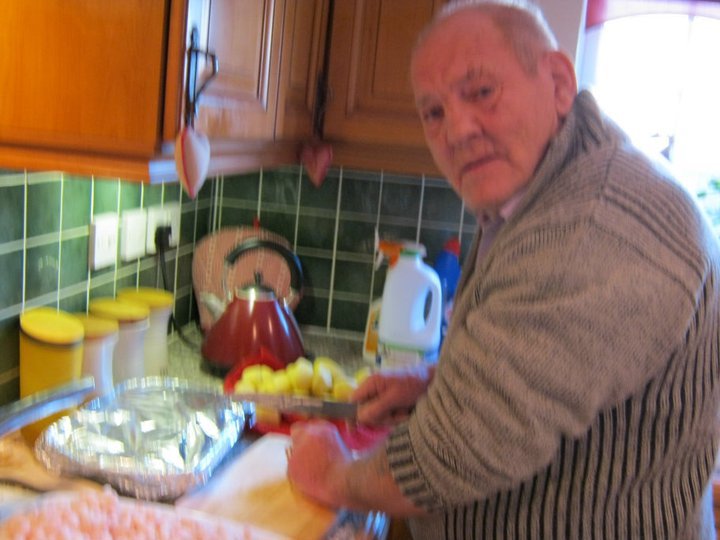