Eileen was born in Humberstone, Leicester, on 14th October 1938. She had a brother, John, who was nine years older. John passed away a few years ago. Their parents, Olive and Cyril, had moved to Leicester from Yorkshire during the Depression as her father found work with an engineering company called Pegsons.

Eileen and Michael met at Leicester College of Art in 1955, where she was studying fine art and he was taking a graphic art course. Eileen left before taking any exams and worked in a department store before moving to an advertising agency for a while.

It was when they met that Eileen became very interested in nature and wildlife. She was a city girl and Michael, who had been born in Oundle, enjoyed country pursuits and was very much into bird watching. They used to go together to Norfolk, following his interest.

Eileen and Michael married in 1959 and began married life in Tansor, where they had a flat at the top of the old rectory. It was a lovely place to live. They later bought a house in Peterborough. In 1966 their only child Nicholas, known as Nick, was born.

Most of Eileen's working life was spent as an infant school teacher. She never had any formal training but became qualified through experience. She became a supply teacher in the 1960s and worked at various schools in Peterborough and in Kettering.

Michael was working for the Peterborough Evening Telegraph as a graphic designer and, in 1970 he was asked to go to Kettering to join the Kettering Evening Telgraph art department, so the whole family moved there.
Eileen and Michael continued to live in Kettering until 2004 when they moved back to Peterborough. 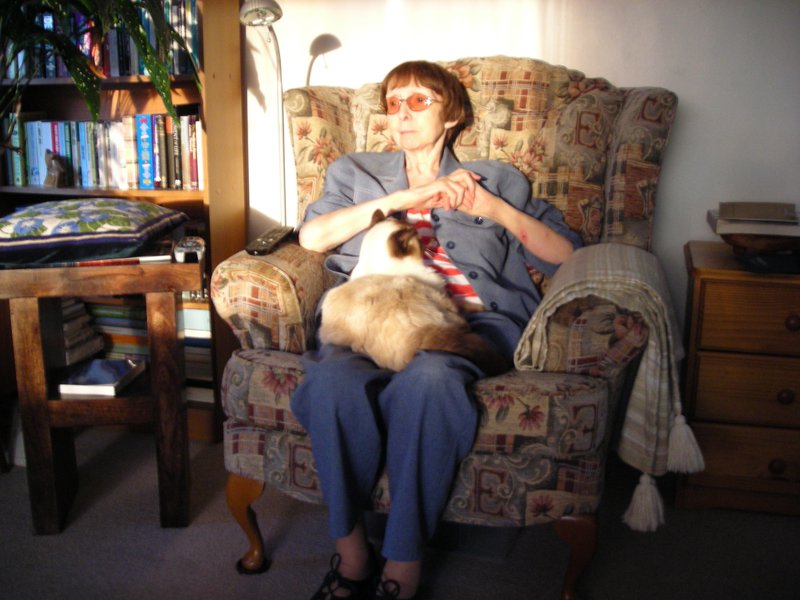