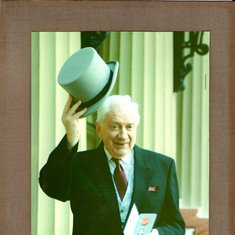 Donate in memory of
PeterHospitality Action

In loving memory of the late Peter Richard Mereweather MBE who sadly passed away on 31st October 2014
Born in Clifton, Bristol on 27th October, 1929, I was brought up and educated in Weston Super Mare due to the War. The Oldest of a family of five boys and two girls my career could be said to have begun when helping mother to earn essential pennies accommodating Summer guests. This gained me extra Saturday pennies too. At the County School which became the Grammar School the year I left, I was not particularly endeared to fellow pupils by my keenness to help the ladies who prepared and cooked school dinners and gave me extra portions in reward.
Not being academic, I left school while still 15 and commenced work literally washing floors and preparing vegetables at the Savoy Hotel, London as the War ended in 1945. That so-called apprenticeship was broken with National Service conscription in the Army Catering Corps.

It was several years later and after a variety of positions in the industry that i felt myself to be a late developer and as a 'mature student' undertook a course for a Diploma in Hotel Management at Portsmouth Municipal College. I gained this together with qualification for membership of the Hotel and Catering Institute (HCI) at the age of 28 in 1958.

The Managing Director of Grosvenor House, Park Lane, London, then President of HCI was keen that professional qualifications should become widely recognised throughout the industry, and as a college graduate I was granted a junior Assistant Manager post at Grosvenor House. Subsequent promotion saw me appointed as General Manager at the company's Dudley Hotel, Hove, then returning to Grosvenor House as Duty Manager and succeeding as Manager on April Fools Day 1964.

During the six years spent in this post I was responsible for hosting many dignitaries including H H The Sultan of Brunei, father of the present Sultan. Then Crown Prince, the Sultan in 1966 invested me on behalf of his father with the Order of Seri Lalia Jasa which I was granted conditional permission to accept by the Queen

Further positions in the West End of London interspersed with Company Executive positions with the Trust Forte Hotels were those of General Manager of The Cavendish Hotel, Jermyn Street and St George's Hotel adjacent to the BBC in Langham Palace. I eventually retired from the position of Administration Director of Forte Hotels' London & Overseas Division.

The prominence of positions held in exclusive London Hotels gave me a platform from which to both support the work of HCI in the promotion of technical education in the industry and also to support and promote the work of The Hotel & Catering Benevolent Association I served on the Boards and on various committees of both organisations whose names have now been changed to the Institute of Hospitality Action respectively.

Appointed a Member of the Most Excellent Order of the British Empire (MBE) in 2001, the citation stated that it was for service to the Hotel & Catering Benevolent Association and to tourism in London.

I retired to Attenborough, Nottingham to escape from the hassle and the expense of life in London and to be near to friends and family. I am absolutely delighted with life and the environment here and the ability beyond the age of 80 to do volunteer work for the church and community.

Offline donation: Paul and Sandra donated in memory of Peter

Offline donation: Paul and Sandra donated in memory of Peter 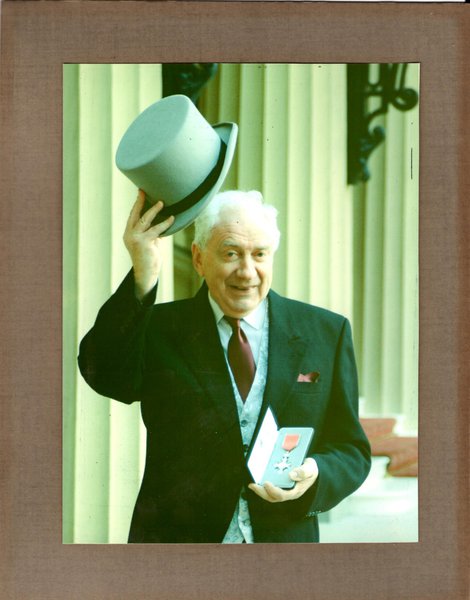