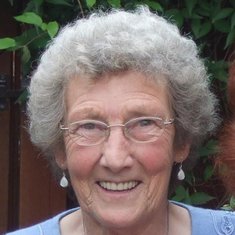 In loving memory of the late Marjorie Davison who sadly passed away on 26th October 2014.

Marjorie was born on 7 May 1930 in Pudsey, Yorkshire. She was the fourth child of James and Doris Land and sister to Phyllis, Joe and Doris. She had many happy childhood memories of family life. She was immensely proud of her dad being a JP and the deputy major of Pudsey and all the good things that he and her mum did for the local community.
When she left school at 14 her Dad helped her to secure her first job – which was in the rations office. She enjoyed office work and took typing and shorthand qualifications, she kept her references from the jobs she had which showed she was a hard working and well liked employee in all of her jobs.
She and Doris used to love to go dancing, they were particularly pleased with themselves on one particular evening when they decided to wear new mohair jumpers which they had both knitted – they hadn’t realised until they were at the dancehall that the jumpers malted hair and all of their dance partners for that evening were evident from the wool that had been left on them. This memory and many others caused much amusement when remembered. When Marjorie was 17 her parents moved into the Owl Hotel at Rodley and this is where Marjorie met her husband Frank. When he first took her to visit his parents for Sunday lunch she was on her best behaviour and felt very nervous – she used to tell a story that she picked up the gravy boat and poured in on her dinner only to find when she started eating that she had poured Camp coffee on it – she was so embarrassed she still ate it all. Frank was working at Stanton and Staveley in Ilkeston so when they married in December 1951 they both moved into Frank’s dad’s house in Bramcote with his brothers Michael and John and this is where Russell was born.
When Russell was 11 months they moved into their first family home in St Norbert’s Drive, Kirk Hallam and Marjorie embraced being a housewife and made lots of friends in the local community. Ian was born in 1961 and Marjorie got a job in the office at Midlands Storage, where she was very happy and made many friends. In 1963 they were offered a new house in Friars Court and moved there. It was here that Joann was born in 1969. Marjorie, as usual, made many friends – particularly Jean who remained a constant friend to her through the rest of her life. Life became quite difficult when Frank’s health began to deteriorate and he had a stroke and heart attack – this led to his early retirement in 1976 so they were able to have some happy times before he died in 1980. Marjorie was devastated and always claimed that she could never love anyone as much as him. She focused on her family and raising Joann by herself – she said Joann had been ‘sent for a reason’ to help her through her grief.
Her family started to leave the nest – Ian married Yvonne and Jo married Ian - Marjorie delighted in being a grandma, firstly to Craig and Matthew, followed by Liam and Lindsey and then Amy, Megan and Jacob. She was lucky that her grandchildren arrived over the last 10-35 years so she had years of being surrounded by them and caring for them. She kept toys, dolls, cars, lego bricks, cardboard boxes and pill containers so she could always provide entertainment and thought nothing of dressing up and being silly if it brought some laughs.
As a widow she joined the one parent family club where she made lots of friends and had day trips and holidays with them. As her family left home she rediscovered her love of dancing and spent many Saturday evenings at Colemans with Jean and tea dances. She joined another single persons club – Jigsaw - and made more friends she enjoyed arranging holidays, ‘being looked after’, dancing and having fun. She was competitive – from playing table tennis and darts with her children at home (and always needing to win!) to playing racket ball and bowls and even winning holiday competitions – ranging from Glamorous Granny, to Best Hula Dancer and an award for ‘always boogeing down on the dance floor’ .
Family was always everything to Marjorie – as long as her family had their ‘health and happiness’ she would be happy. She loved it when her children were all together and her many times in Leeds with her sisters and brother, all her nieces and nephews and their children, the family get togethers, silly faces, silly walks and lots of laughs.
When Marjorie was diagnosed with Alzheimer’s two years ago she began to slowly shrink from life – it was difficult to watch a woman who had always been fiercely independent and extremely social to become quite a reclusive lonely lady. She was thankful for all the help she received from her family and friends, even in her last few weeks of life she would always thank the nurses, care staff and family for their help.
Marjorie was a kind, lovely, caring, friendly and family orientated woman who went out of her way to help others and always enjoyed a laugh.
We all have many happy memories of Marjorie and these we must hold dear in our hearts and cherish them, as she cherished us.

Offline donation: Russ and Family donated in memory of Marjorie

Offline donation: Collection at Bramcote donated in memory of Marjorie

Fond memories of a lovely lady, always full of smiles, who brought so much happiness and fun in life to her extended family. With love Lisa, Bill and Isabelle

We were shocked to hear of Marjorie's death. We knew her for over 50 years from when we lived in the upstairs flat on Abbot Road and we could wave to each other from our kitchen window. Her and Frank both came to our housewarming party - we got on with them from day one - they were always sociable people that you must be proud of. We leave a contribution to Alzheimers in the hope that she didn't suffer long and that this disease can eventually be beaton. Jean and Alan Clements 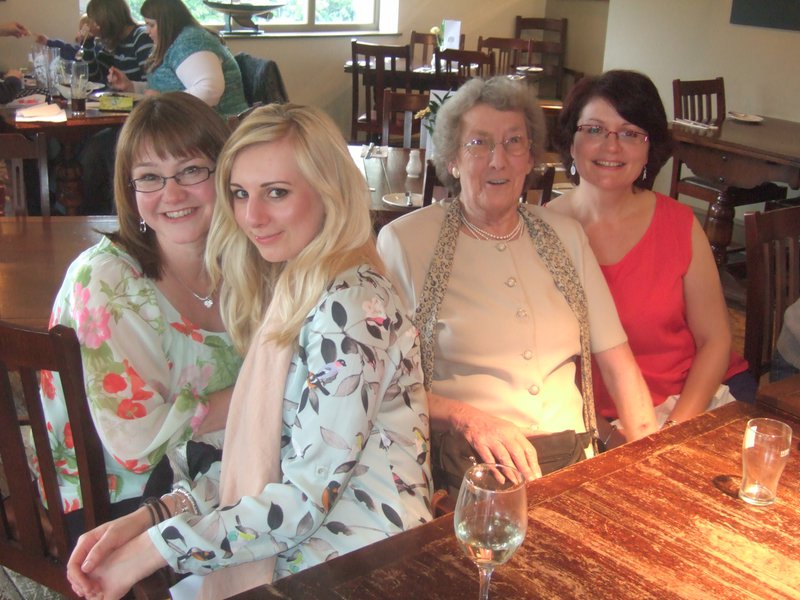 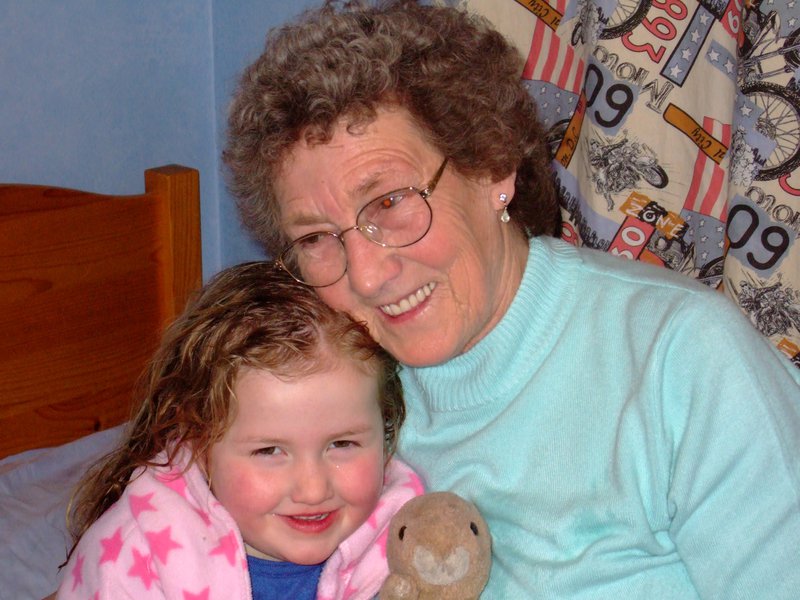 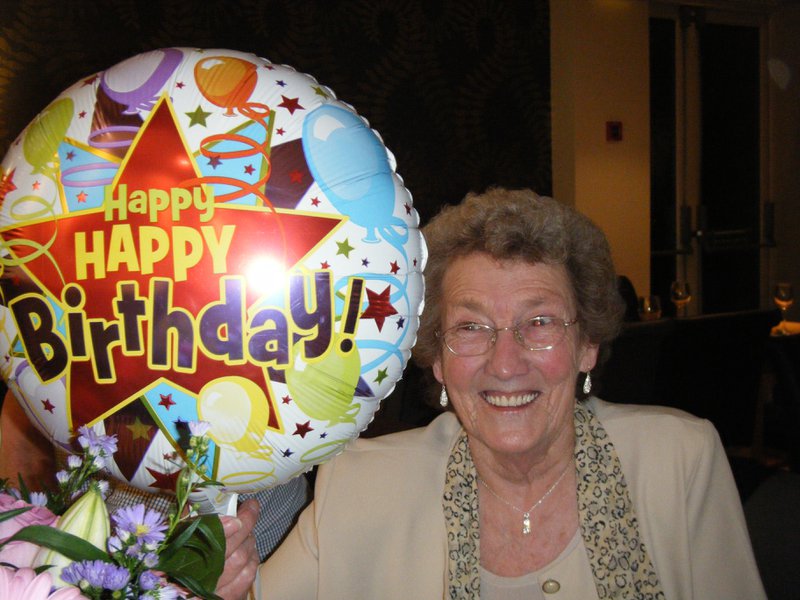 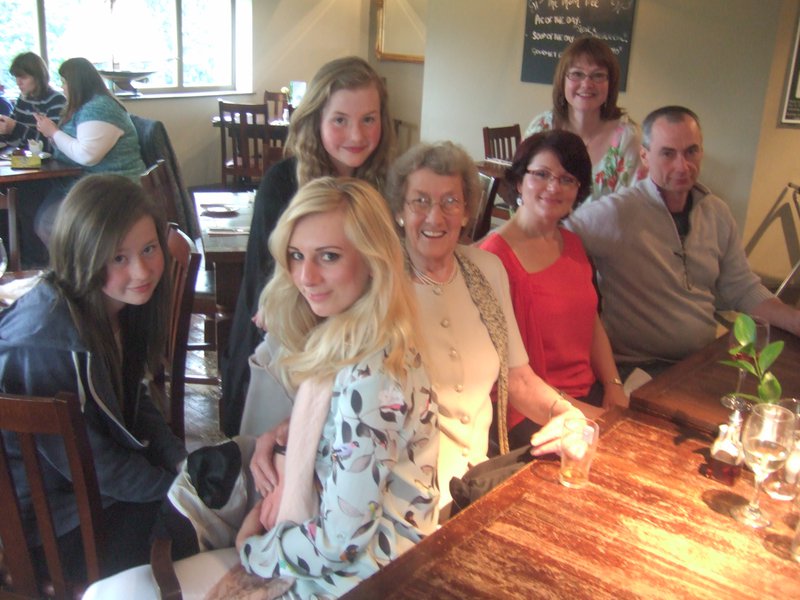 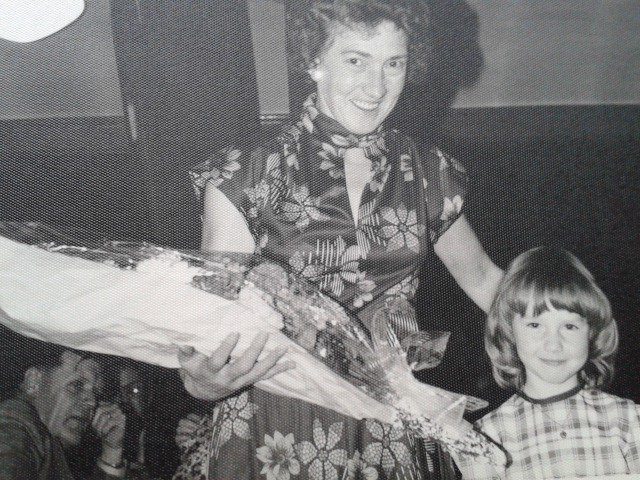 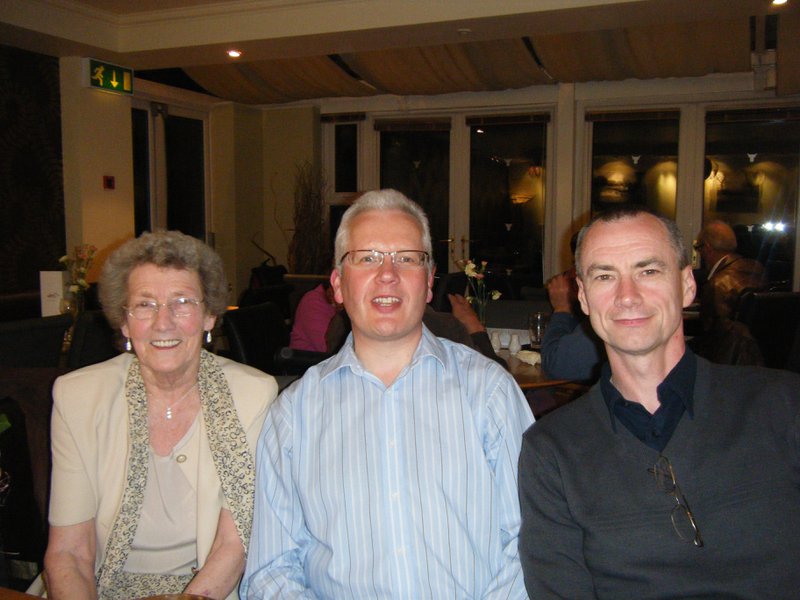 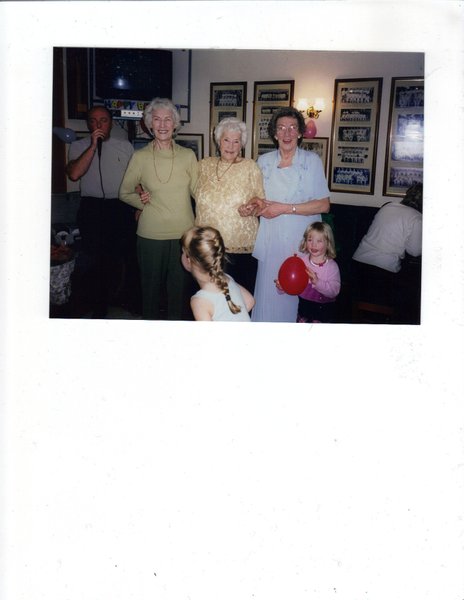 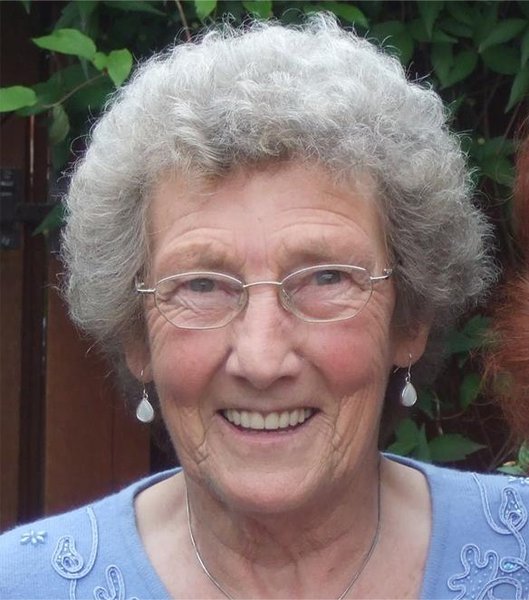