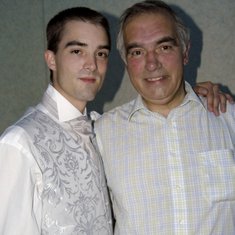 Hadn't heard from you for a while old friend so very sad to hear about your departure.
Russell and I were great friends at Cadbury,s and we shared a flat together in the 1960,s. Mad times but massive fun. Great friend and so sorry to hear you are no longer with us
Patrick and Suki

Sorry to hear hope you, Holly Taylor and the boys are okay through such a tough time x

Sally Ann Summers wrote: An amazing man who welcomed everyone with a big heart. Generous and kind. My love to you all at this sad time x

Russell was much loved by many on the Banks. Heres my tribute, sorry it’s a bit long!

Russel was a legend.

A social networker before the internet started, he had a highly energized personality and always wanted to make sure everyone was having a good time, no matter the occasion, no matter the person. He was fun, fond of a joke, trick, or pun. Fond of Campari and soda. Fond of Roxy music, Dolly Parton and The KLF. He was kind and helpful, and wanted everyone to be ok.

Christmas day was always awesome round at the Taylor’s - a mid morning mass piss up with their family, friends and neighbors, that house on The Banks bulging at the seams. Summer days were also awesome, Russell preoccupied with tending the charcoal and dispensing ice cream with great aplomb. Vienetta, Romantica, Fabs. From time to time neighboring parents would get hammered with ring leader Russell MCing as quiz master, usually Trivial Pursuits, always with a topical news reference and always weaving pop music history into the occasion.

He was obsessed by pop music, pop entertainment and other everyday popular trends. He was abreast of supermarket offerings. He was the kind of guy that would return from holiday with enough booze and fags to start a nightclub. Everyone on his street was given a horrendous animatronic gift at some point or another, think burping nun or santa exposing himself. Pets too were taken care of, every animal being the recipient of a pungent oversized christmas stocking stacked with food and toys (one year a dog chew shaped like Maggie Thatcher).

My memories of Russ the Fuss mainly consist of him getting excited about music, him organizing social activities, and his kindness. Others will remember him playing sports well in to his 50s, his involvement in the 1970s smash mash marking campaign, or getting punished for wearing leopard print speedos at school. The rumors that he appeared on the front cover of Rolling Stone magazine for a Bingham special are unsubstantiated, despite many claiming to have seen the issue with their own eyes. Certainly many will remember him fondly. That a former colleague took care of his laundry whilst Russell was in hospital tells you what sort of guy he was.

I’ll look back very fondly at Russell, thanks for everything.

Lee Barrett wrote: Phil I am sorry hear about your Dad, thoughts and prays go to you and the rest of family.

Kerry Monk wrote: Philip I'm so sorry to hear this sad news, your Dad was a great man, I remember all those fun party's he used to have. I know my parents will be shocked to hear this, thoughts are with you xx

Richard Ridley wrote: Very sad news but remember the good times. Our family's certainly shared many with your dad at the heart of it. I always remember the trips to Feeneys for sweets. That and countless other stories we share and always with a smile was Russell.

Chris Beresford wrote: He was a legend, a man that welcomed everyone and engaged with everyone that came round to your house, he gave advice and cared about all that walked through his door, a great man that all respected, rip Russell. Keep your chin up Phil and stand tall, knowing he was your old man and a great one at that x

So sorry to hear the sad news about your dad mate,both your parents were very nice people who I shared many good times with round your house when we were younger! May they both be happy together again and R.I.P! Stay strong mate they would both be proud of you!

Sarah Mcgrath wrote: Really sorry to just see this post phill. My thoughts are with u and Adi babes x

Ellie Williscroft-Wesson wrote: I'm so sorry to hear of your loss. Like others i remember him as being part of the aftermath of a legendary Taylor party!! Hope your folks find much happiness back together.. thinking of you and Adrian at such a sad time xx

Sorry for your loss Philip. The tunes your Dad banged out at Nicky's wedding were legendary-best wedding DJ ever x

Steven Gray wrote: Philip, Adrian, your dad was a true gentleman as was your mum a wonderful lady you were very luck to have two legends. I hope they are both happy together now. Thoughts are with you.

Lizzy Kirk wrote: So sorry for your loss Philip Taylor your mum and dad were great people . I know my mum is going to be very saddened by the news stay strong xoxo

Jamie Kirk wrote: Rus was a true ledgion as was she! Amazing people wich I wish were still in my life. Russell lent me an album "ub40" and ever since that I new he was a top guy that was about 28 years ago maybe more always missed u guys love to u all xx

Jamie Kirk wrote: Rus was a true ledgion as was she! Amazing people wich I wish were still in my life. Russell lent me an album "ub40" and ever since that I new he was a top guy that was about 28 years ago maybe more always missed u guys love to u all xx

Tracey Pert wrote: Sorry to hear. Sending love to you & your family!

Stephen Williams wrote: Sorry to hear about your loss. I remember your dad coming home and staying calm after you had one of those legendary house parties.

So sorry to hear the news Phil. Your Dad was a great man and I have fond memories of him (mainly chatting about music) Thinking of you during this difficult time.

Jon Stoneman wrote: Sorry to hear this Phil, I always remember your dad all those years ago as having a good sense of humour & boundless amounts of energy, thoughts are with you & the family.

Elaine Staples wrote: Sorry to hear of your loss, sending lots of love to you and your family x

So sorry and shocked to hear this news. Your Dad was ace - always a pleasure to chat to him when he visited in London. Thinking of you, lots of love x

Phil im so sorry to hear about your Dad, i as you know, know the feelings you are having, my thoughts are with you right now my old friend, your dad was a good man who was always kind and welcoming in your home, be strong Phil 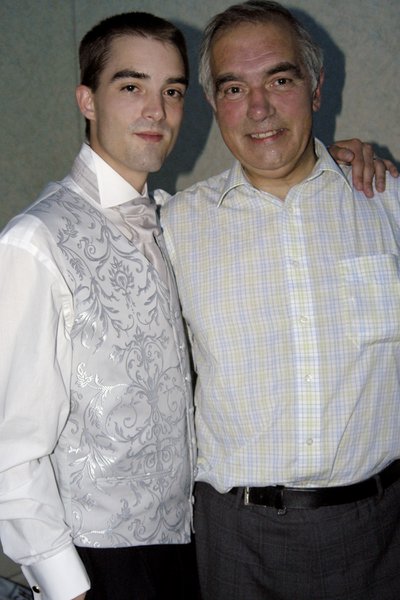